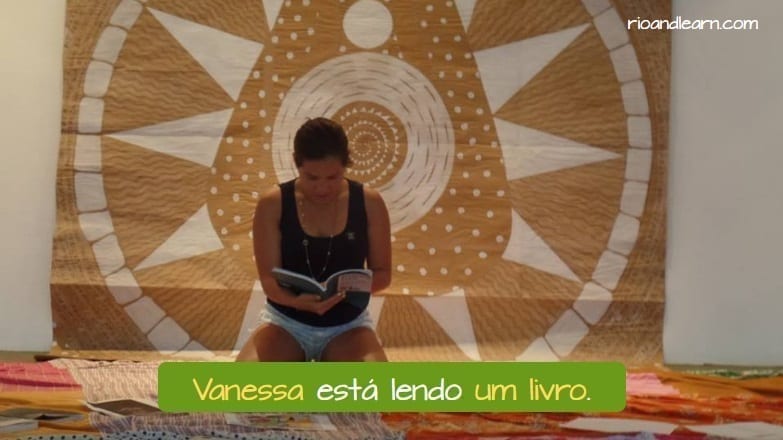 What’s up friends? Are you ready for one more class of Portuguese for foreigners? So let’s do it! Today we are going to talk about Portuguese nou

What are Portuguese nouns?

Everything that exists in our world has a name, right? The words that we use to give name to things are the nouns. That is, nouns are words that name something. The Portuguese nouns can name objects, people, places, feelings, emotional states, qualities, actions and natural phenomenons.

The Portuguese nouns can be feminine or masculine. We also have some words that are considered to be neutral. However, in Portuguese almost nothing is truly neutral. So, when we have a noun that is considered to be neutral (that is, we use the same form to masculine or feminine), we will have to use an article before it or and adjective to mark the gender. Don’t freak out, we are going to explain everything to you in parts!

I told you we were coming back to this, right? So, let’s talk about gender in Portuguese. We have a complete Dica all about gender, so if you want to learn it fully, check this out.

Portuguese is a very binary language, that is, most of the nouns are classified by feminine or masculine. How do we know the gender of a word? We have some rules that can help you with that. For example, if you see a word that ends in a most probably it is a feminine word, and if you see a word that ends in o most likely this word is masculine. However, despite this specific rule, we have a lot of exceptions  which are explained fully on the link in the previous paragraph about gender in Portuguese.

For example, the words ending in á in Portuguese, with the acute accent as you see, are mostly masculine. There are other exceptions and specific rules too. That’s why is so important to study gender in Portuguese with patience and time.

To be sure that you are using the right gender with the right word, you have to pay attention to the article that comes before it. The article can be definite or indefinite in Portuguese and it helps us to identify the gender of the word as well as identifying if we are talking about something specific or general. If you want to learn more about articles, click on the links above.

In Portuguese there are different types of nouns and today we’ll talk about the common nouns, proper nouns, simple nouns, compound nouns, concrete nouns and abstract nouns. Let’s understand them one by one.

The nouns in Portuguese can be classified as common or proper. Let’s see the difference.

A common noun is the name of something that is generic, general, not specific, for example: objects and animals. Let’s see some sentences:

Você pode pegar essa camisa para mim, por favor?
Can you get this shirt for me, please?

Eles nunca viram uma capivara antes.
They have never seen a capybara before.

A proper noun is the one that gives a name to something specific, for example a person, a place or a brand. The proper nouns always start with a capital letter. Take a look:

The nouns can be divided by simple or compound. Let’s take a look at each case separately.

The simple nouns are used to name things by using only one word for that. Take a look:

Acho que hoje vamos ter chuva.
I think today we will have rain.

Nós vimos um mico na janela.
We saw a monkey at the window.

However, the compound nouns need more than one word to name something.

When we talk about Portuguese nouns, we can divide and classify them by concrete or abstract nouns. Let’s see each case.

Tem seis cadeiras na sala.
There are six chairs in the room.

O ar da sala está muito gelado.
The air-con in the room is too cold.

The abstract nouns are the ones that name feelings and verb derived words. That is, words that come from a verb. This words only exist because they are related to verbs. Do you see the difference between abstract and concrete nouns now? The word leitura (reading), for example, only exists due to the verb ler (to read).

Here are some examples:

Eu estou com fome. Vamos almoçar?
I am hungry. Shall we have lunch?

A felicidade está numa caixa de bombom.
Happiness is in a box of chocolates.

A leitura do texto foi muito boa.
The text reading was very good.

Most common nouns in Portuguese

Now, before you go, let’s take a look at some of the most common nouns in Portuguese and their translation:

I bet you understood everything about Portuguese nouns now. If you still have any doubts, come take an online class with us and we’ll make sure you understand everything correctly!

If you miss Brazil or want to learn more, check out our Youtube channel!

A big kiss for you all!
See you in our next Dica.