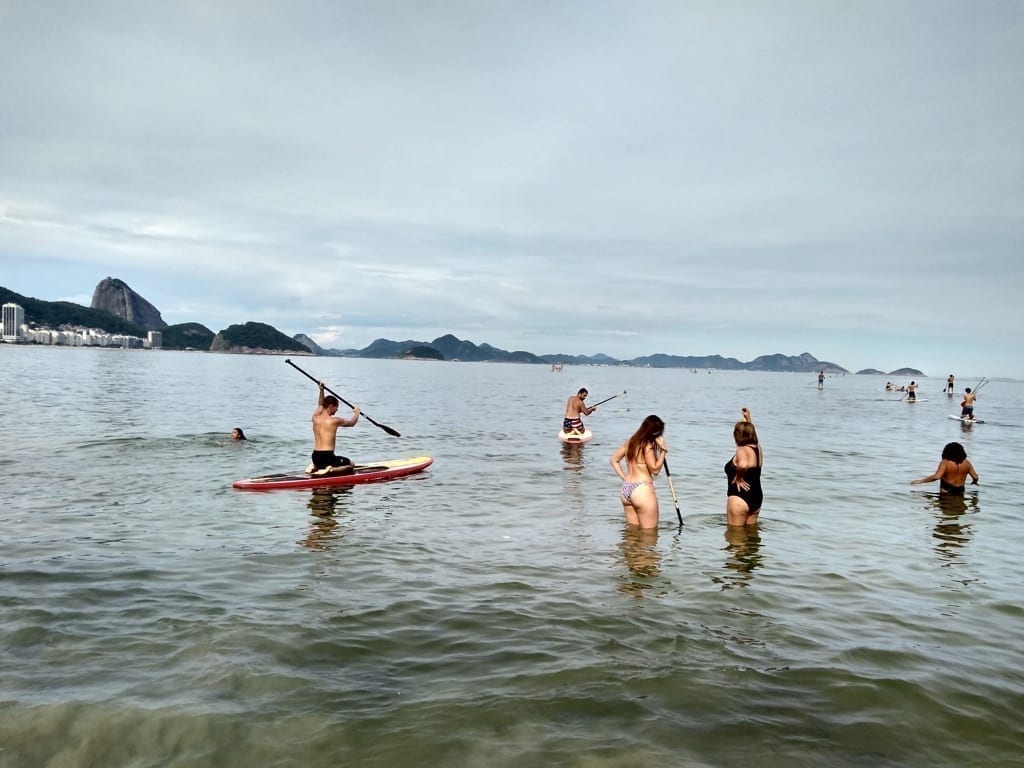 Our Portuguese students love to spend time on the beach. This time they practiced paddle surf, or even better, Portuguese paddle in Copacabana, sounds better. They had the chance to practice one of the most popular activities at Copacabana beach, for most of them it was their first time doing it, but the instructor was very patient and gave them good tips and explanations.

After a brief but good training done by the instructor, they were ready to grab their boards, paddles and hit the water.

In the end our Portuguese students were very happy with their experience with Portuguese Paddle in Copacabana. Come to Rio & Learn and take part in our RioLIVE! Activities.