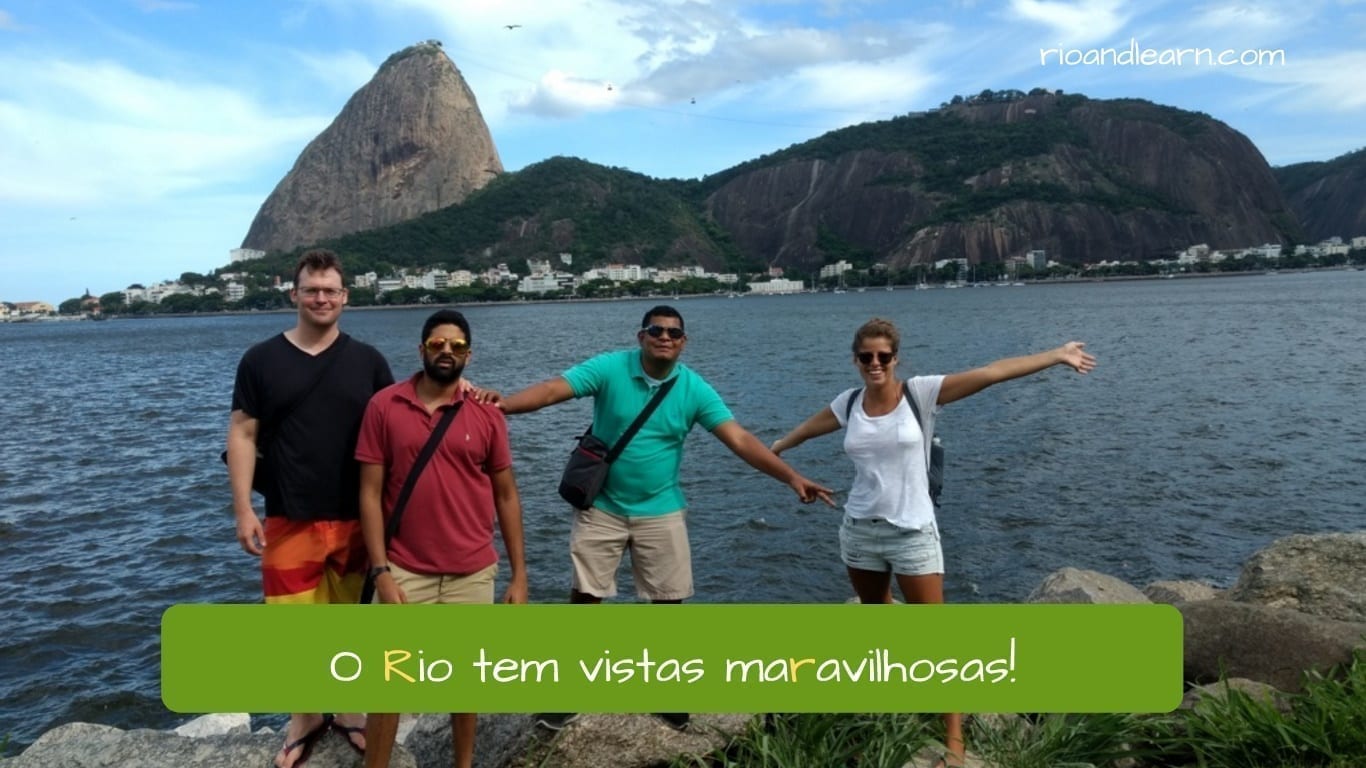 What’s up, are you ok? Today in our Dica do Dia we are going to learn how to pronounce the Portuguese R.

How to pronounce the Portuguese R

Pronouncing the letter R in Portuguese can be a little tricky. Depending on its position the pronunciation can change. Today you are going to learn how to pronounce it correctly. Check out what happens in each case.

Did you know that depending on where a person is from, within Brazil, their pronunciation of the R can be different? That happens because we have different accents. As we are cariocas, from Rio de Janeiro, and we teach in Rio, we are going to teach you the carioca accent.

Examples with R at the beginning

When the word starts with an R the sound is the same as if we had two R’s, it’s a sound that comes from our throat. Listen here:

You can see that he speaks like ‘Rá’, such as in Rio de Janeiro. So, I am going to show you the next example that we have: When the R is between vowels.

Examples with R between vowels

When the R is between vowels, the sound does not come from your throat, it comes from your palate. We have to put our tongue up in thevroof of the mouth and make the tip of the tongue vibrate. Check it out:

Well, one more example: when the letter R is with consonants.

Examples with R next to consonants

As we told you, the sound of the R can vary between other Brazilians or even cariocas, depending on the accent. So, one more example, is going to be when we have a double R, in the word. It never happens at the beginning of the words, it’s always in the middle or at the end. It’s always the middle syllable or the final syllable.

When we have double R the sound is the same as when the word begins with R. That sound that comes from your throat, remember?

So we saw here, a word that starts with double R doesn’t exist. It is impossible in our language. One more example here, which is the final R.

Examples with R at the end

In the carioca accent when the word ends in R, the sound will be the same as the R above that we’ve just explained to you.

Our friend Moisés is going to help us here, check this out:

If you like video Dicas, check out more here.

Exercise for the Portuguese R pronunciation

So, we introduced here some ideas of how to pronounce the R in Portuguese. That finishes one more of our Dicas. If you have more doubts subscribe at A Dica do Dia and learn about almost everything, we have lots of content! Or come to our school and talk to us!