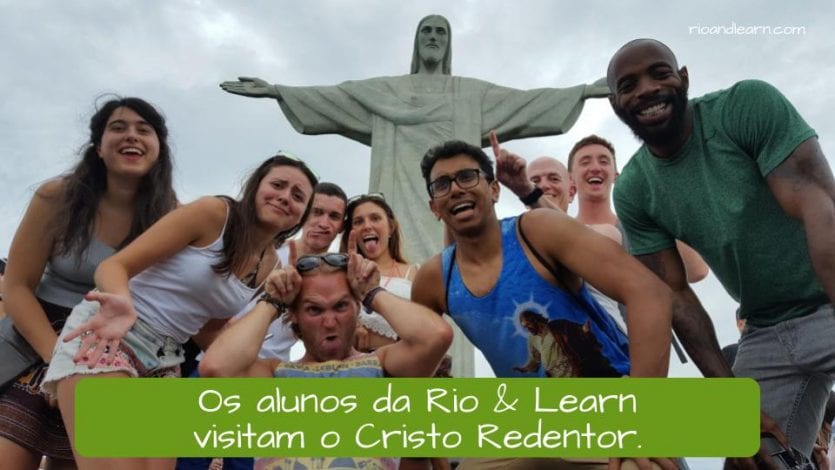 Figuring Out the Portuguese Sentence Structure

Whenever you learn a new language, it’s the same old song all over again. You try saying something as you would in your language and then have to face the puzzled looks of a native speaker, such as your teacher at Rio & Learn. You double-check the conjugation, your pronunciation, hell, the spelling even – but it usually comes down to one thing: sentence structure. So today, why don’t we take a look at the Portuguese sentence structure?

Portuguese Morphology: Types of Words in a Sentence

First things first, we should probably try to understand a bit better about the types of words we can find in a sentence in Portuguese. This way it is easier to explain how sentence structure works. Our friend Moisés explains in the video below what ‘category’ words can belong to (noun, adjective, adverb, etc.), as well as a little about word order. Remember to turn on the subtitles! Let’s watch it:

If you would like to read more on these types of words, you can check out the following dicas:

The Order of Portuguese Sentence Structure

As you probably saw from the video, the sentence structure in Portuguese is not that different from that in English. Portuguese and English both follow the idea of: subject + verb + object. This is how we could break that down based on Moisés’ explanation:

object = the thing that the verb describes (adjective) or impacts (article + noun, optional: adjective)
ex: to be pretty, to throw a ball

You may have noticed that in Moisés’ example he says: a moça bonita. Which is a ‘girl pretty’. That’s right! Adjectives in Portuguese must come after the nouns they are describing. Take a look at some more examples:

Corro todas as manhãs para manter a forma.
I run every morning to stay in shape.

Fez o dever de casa?
Did you do the homework?

Pay attention to that last example we saw and you may already figured out what this is all about. In English, when we ask questions, we must start the sentences with a verb. But we like to keep it simple – the Portuguese language structure is the same for statements and questions. How can we tell questions and statements apart, then? Well, by the intonation, of course. It’s all about the way you say it. Here are some examples:

Do you see how the question mark makes all the difference? And even if we didn’t have them, the statements would still retain their meaning without any change in word order.

Rewrite the sentences in the correct order according to the Portuguese sentence structure we have just studied:

That’s all for today guys. Did you like it?
Abraços e até mais!