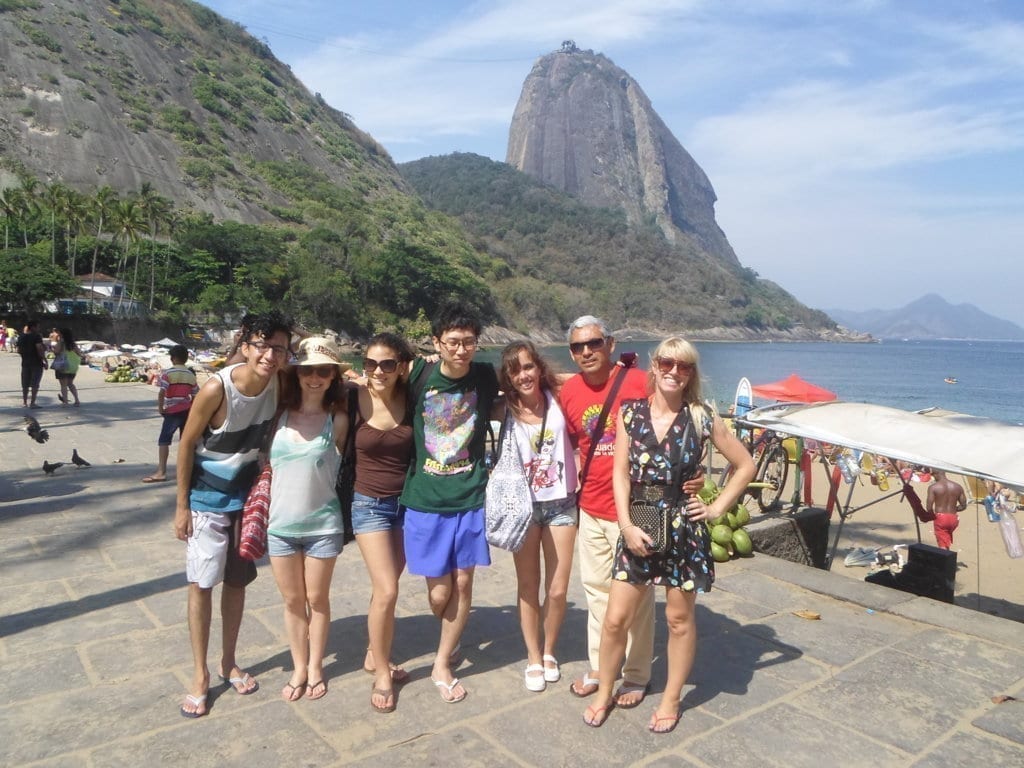 Lovely day yesterday discovering the neighbourhood of Urca, very cute! It has quite a ¨local¨ feel. The RioLIVE! team guided us in getting the bus – nada dificil! We started on praia vermelha which is tucked away under the pao de azucar, then wandered around the nighbourhood and saw the harbour (very posh!). Of course the day ended with a beer which helped the Portuguese to flow even more!

Our RioLIVE! at this time was in one of the most beautiful neighborhoods of Rio de Janeiro, the neighborhood of Urca. We left the school and headed to Urca. We started our ride enjoying the sun and the heat swimming at the pretty Praia Vermelha (Red Beach). It has this name because the sand gets red at the sunset.

Our Portuguese students from England, Argentina, Ecuador, United States and Japan took this trip with us, after swimming at Praia Vermelha, we walked around the neighborhood admiring the beautiful landscapes such as Pão de Açúcar (Sugar Loaf), Botafogo’s beach and Guanabara’s Bay. In the end, we arrived at Praia da Urca where we sat and talked about the history of Urca. 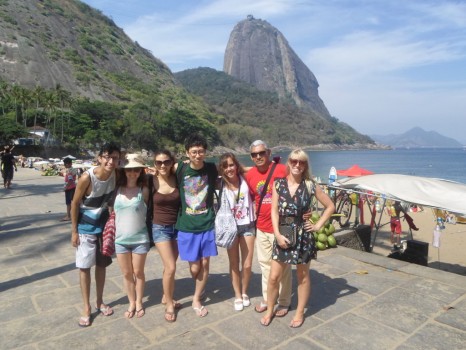 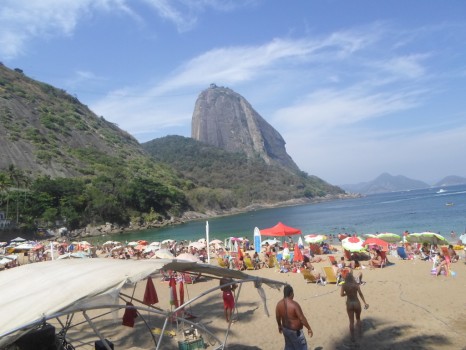 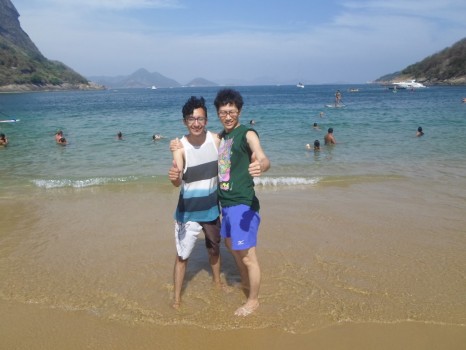 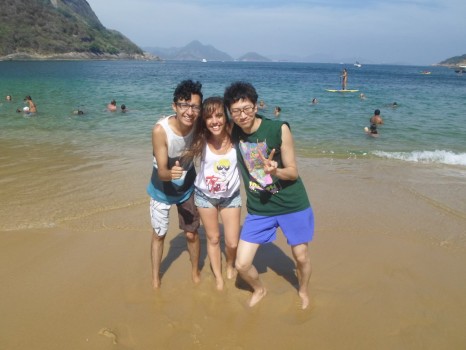 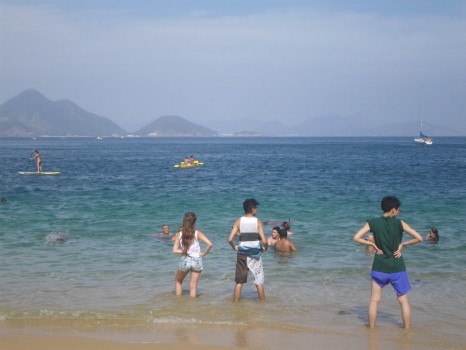 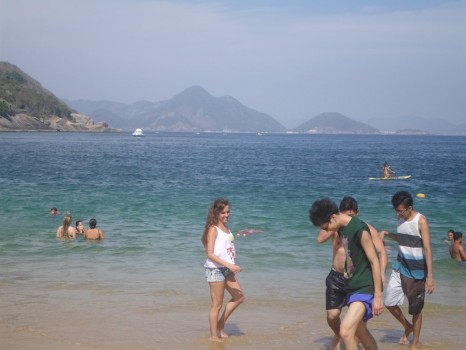 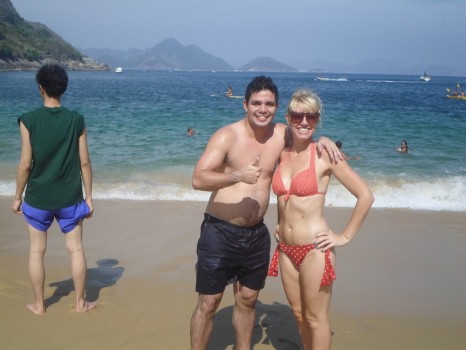 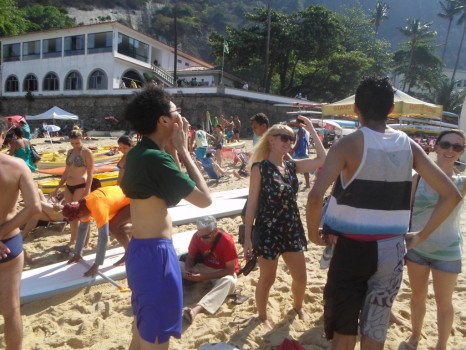 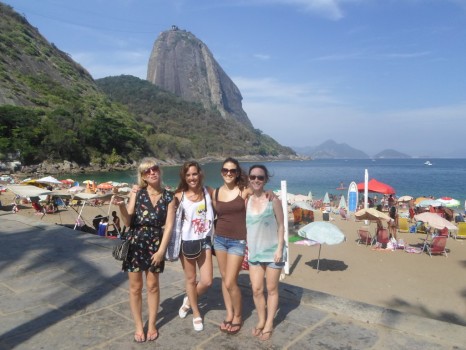 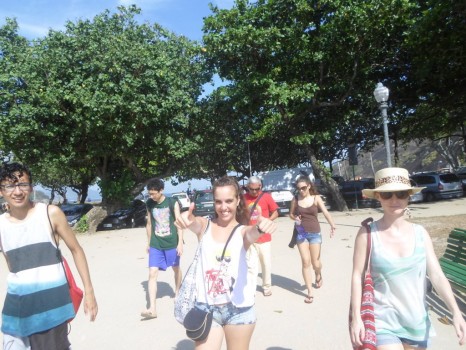 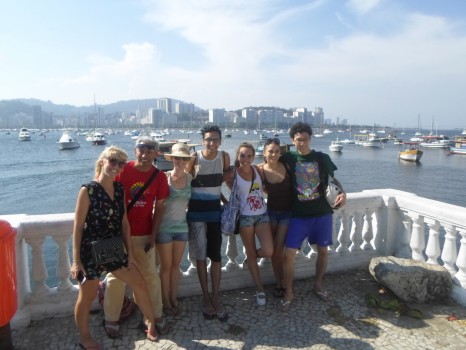 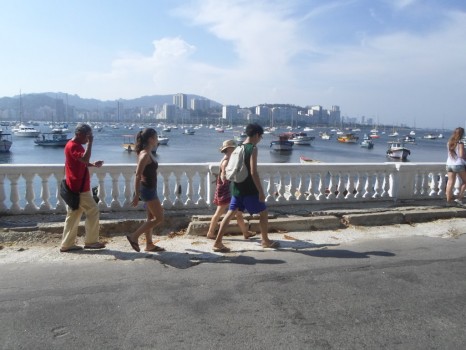 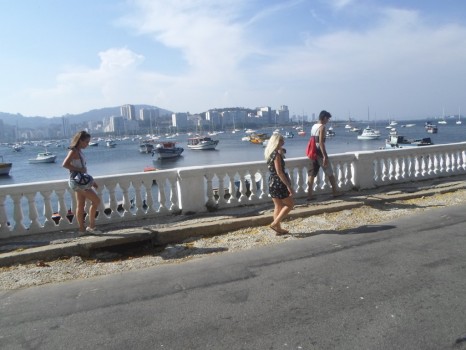 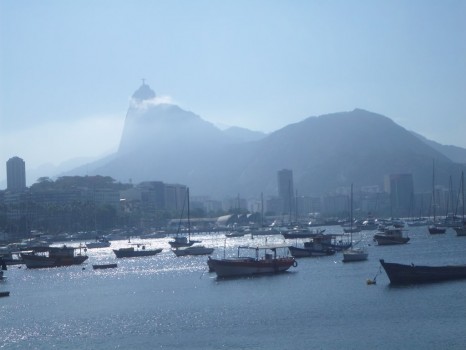 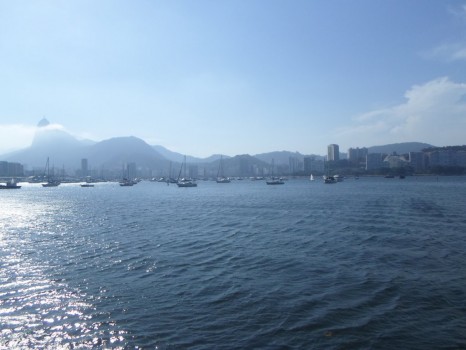 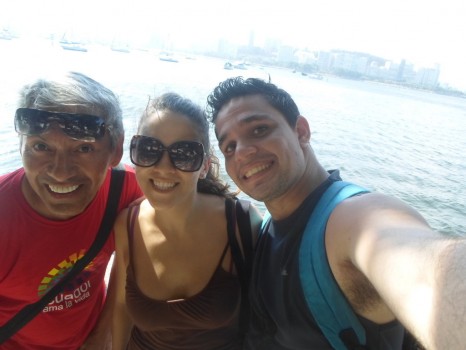 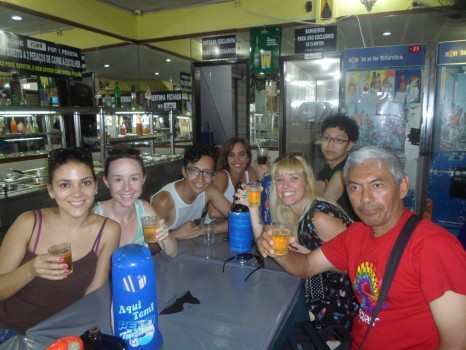 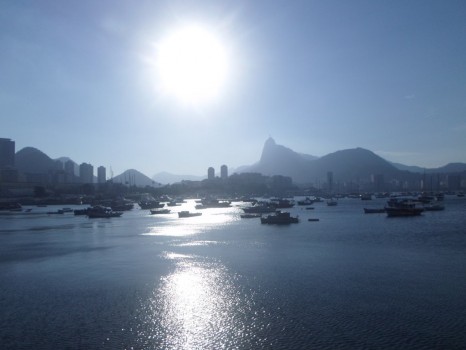 You can see some of our RioLIVE! Activities clicking on these links: