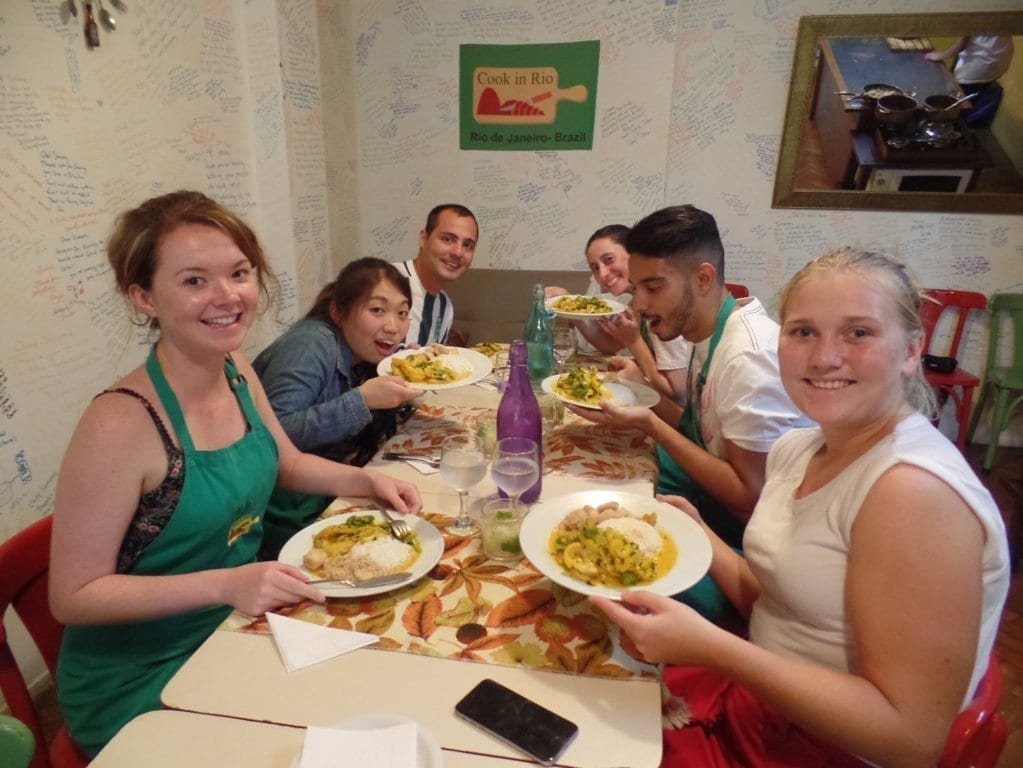 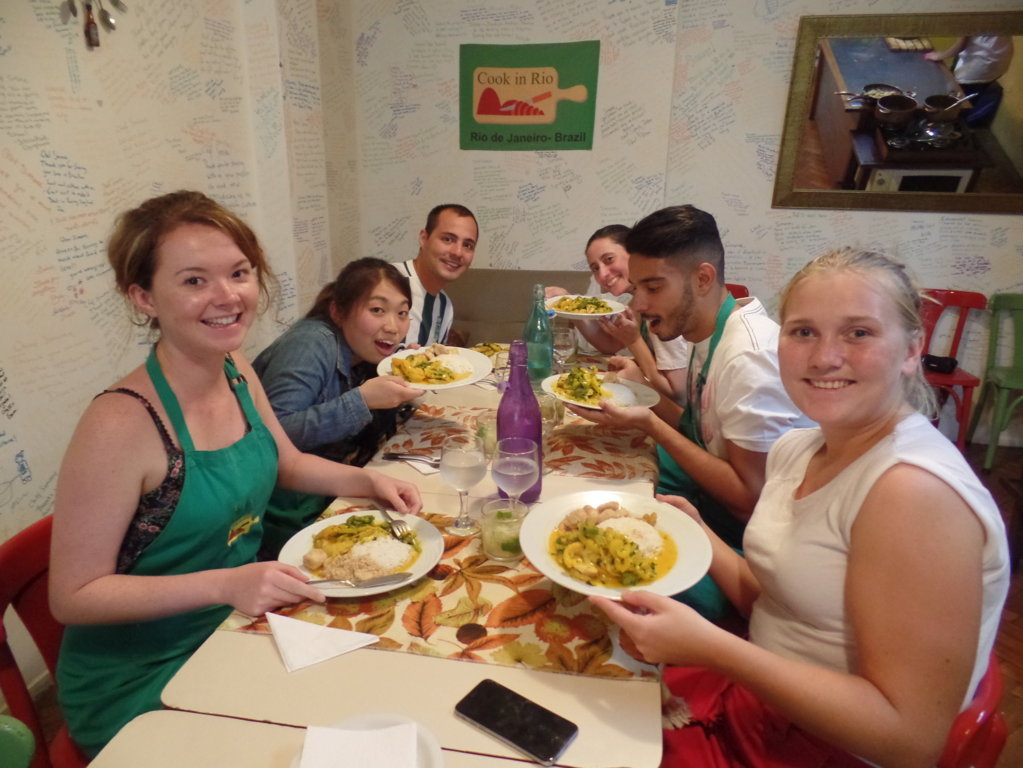 On last friday, we spent our afternoon preparing a Brazilian dish. It was very nice and interesting because our students were from different parts of the world, such as Norway, Spain, Scotland, Spain and Japan. Consequently, this fact made it all got too interested in the class of brazilian cuisine. 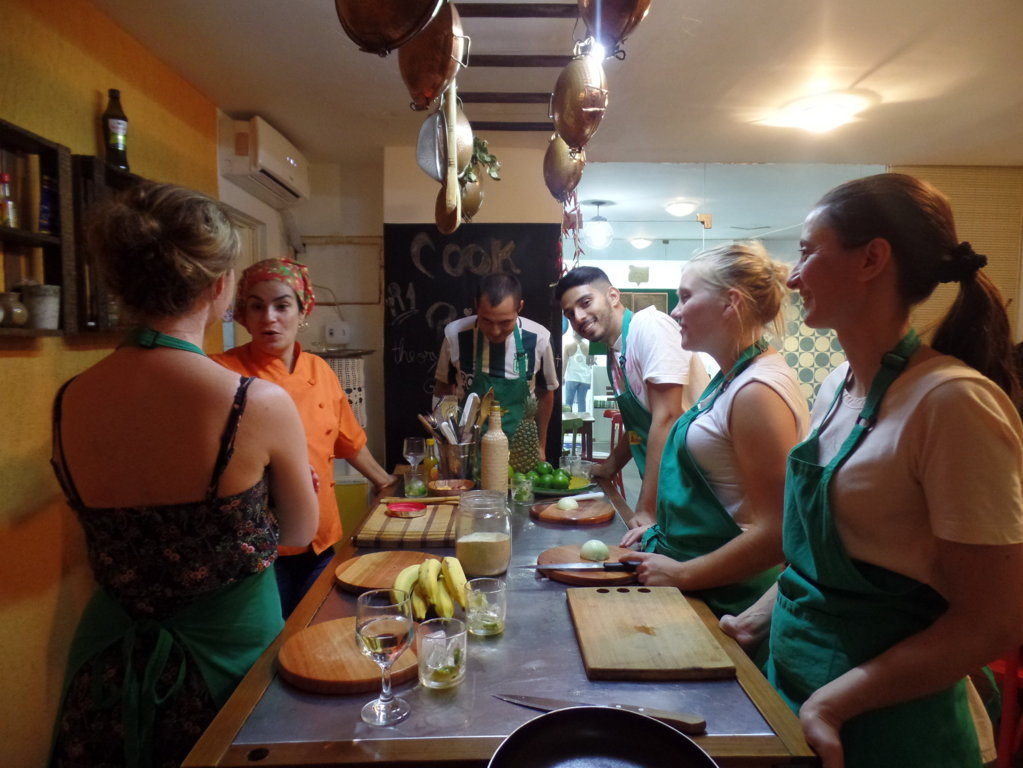 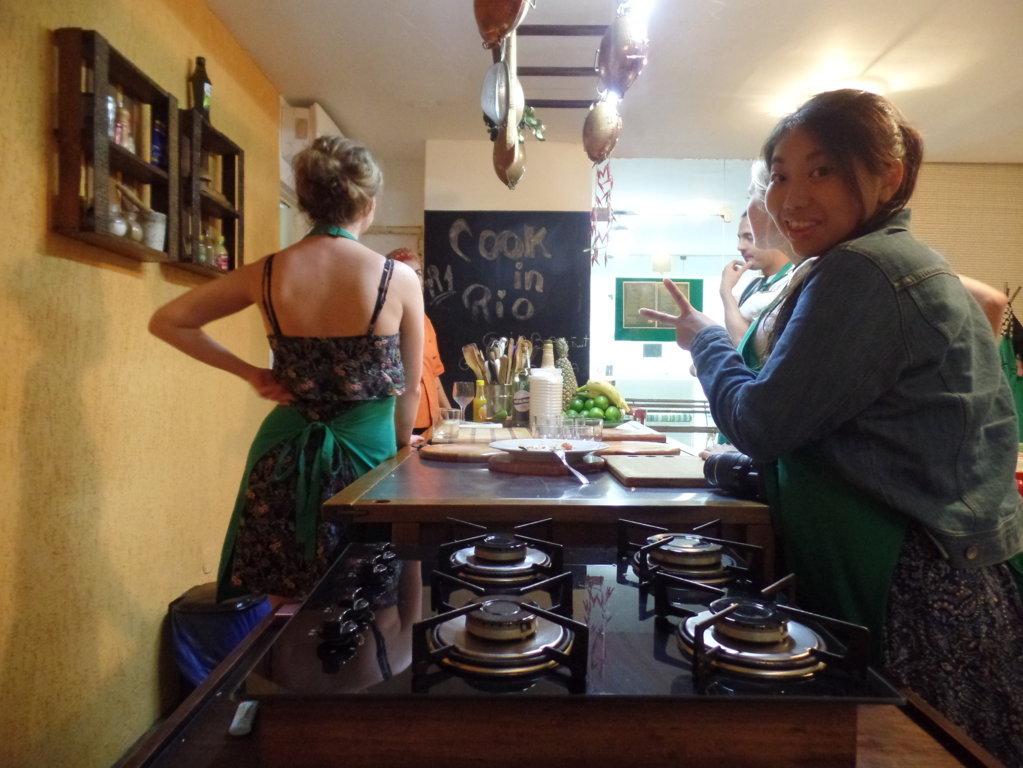 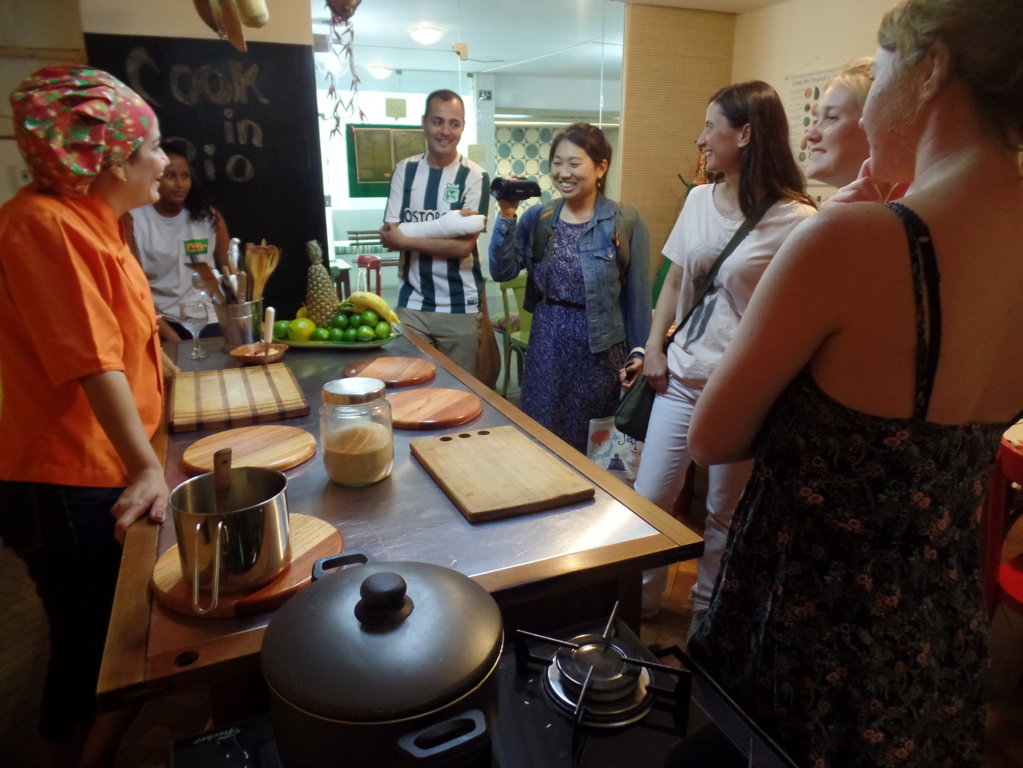 First, we have prepared the so famous Brazilian drink – caipirinha. The students were excited to learn and all paid close attention to every explanation. The first caipirinha we did was a bit different from the traditional. We prepared a caipirinha made with lemon and marucajá. But before drinking, we cooked some snacks to eat, such as cheese with guava paste and sausage with onion. 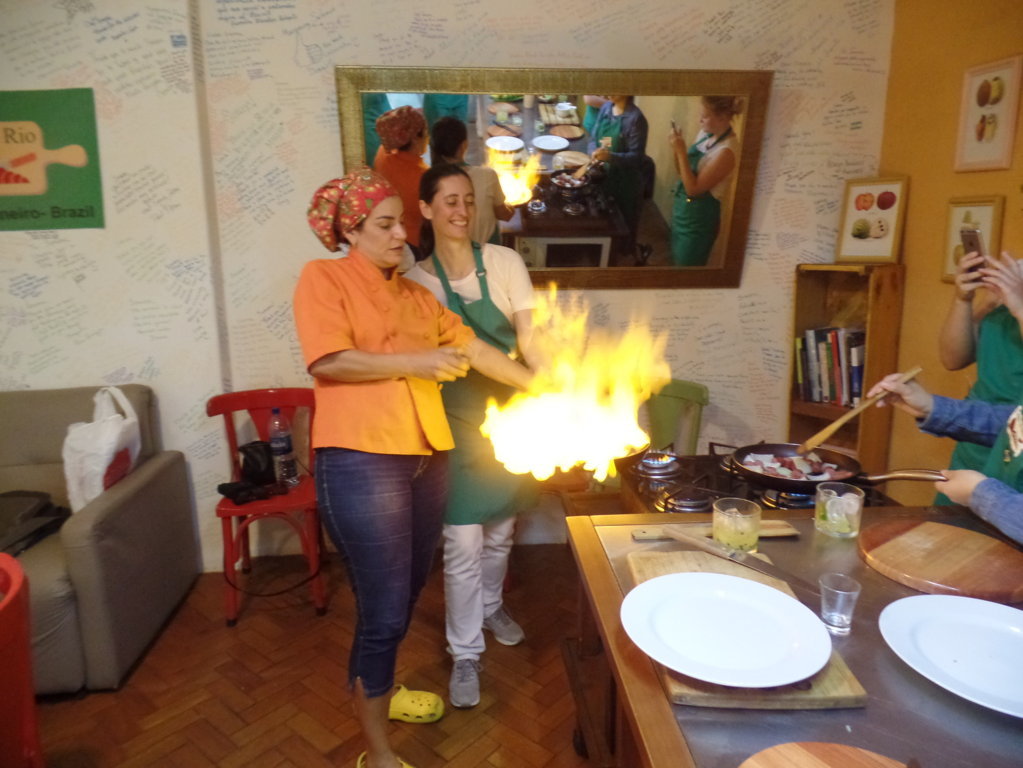 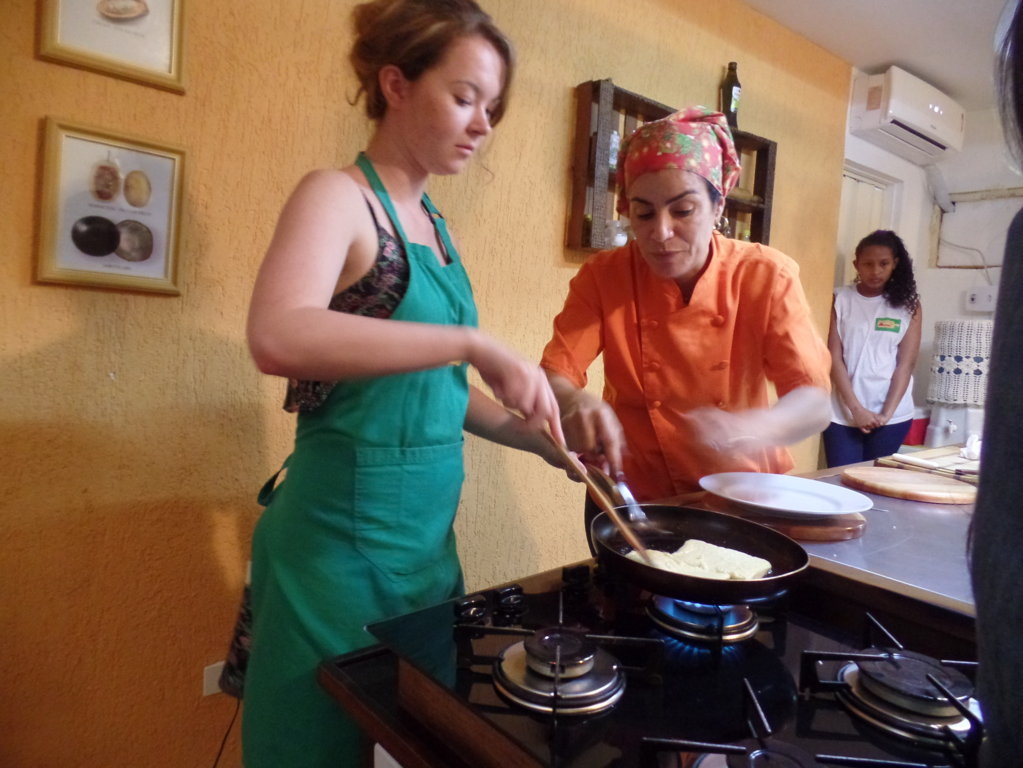 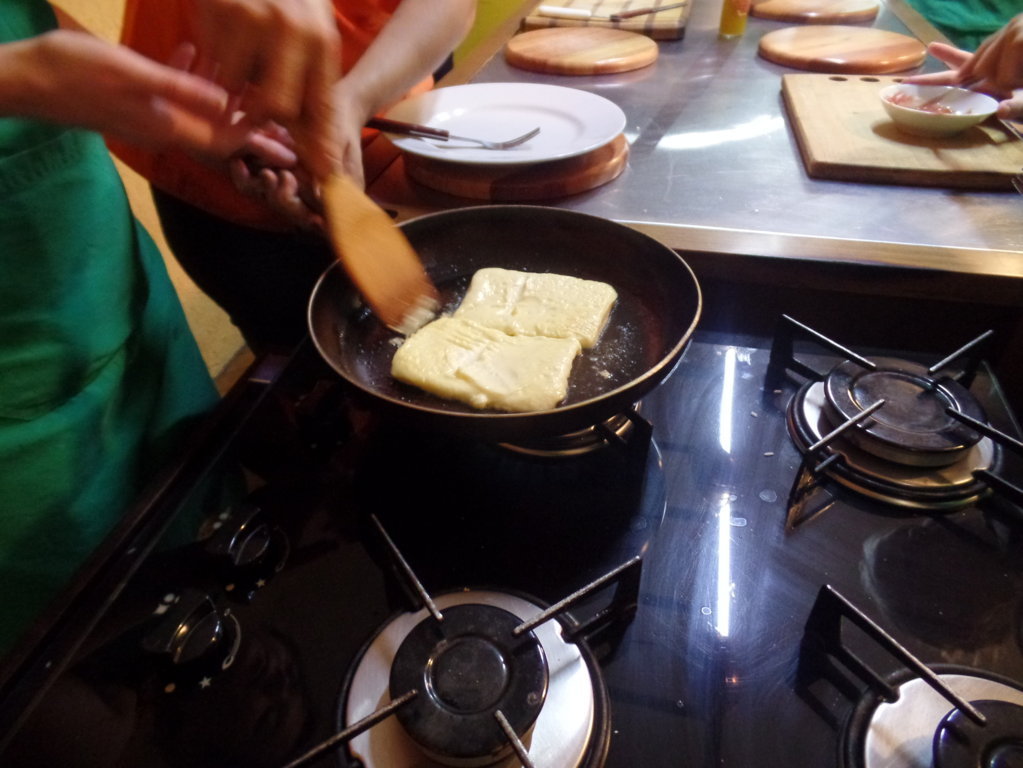 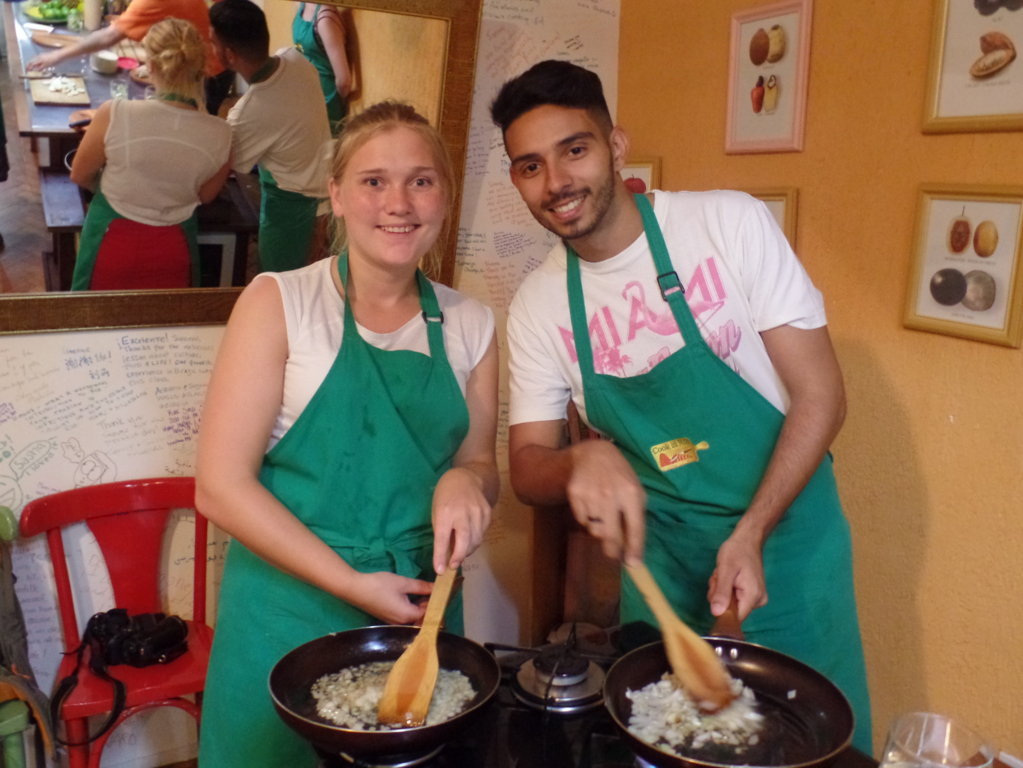 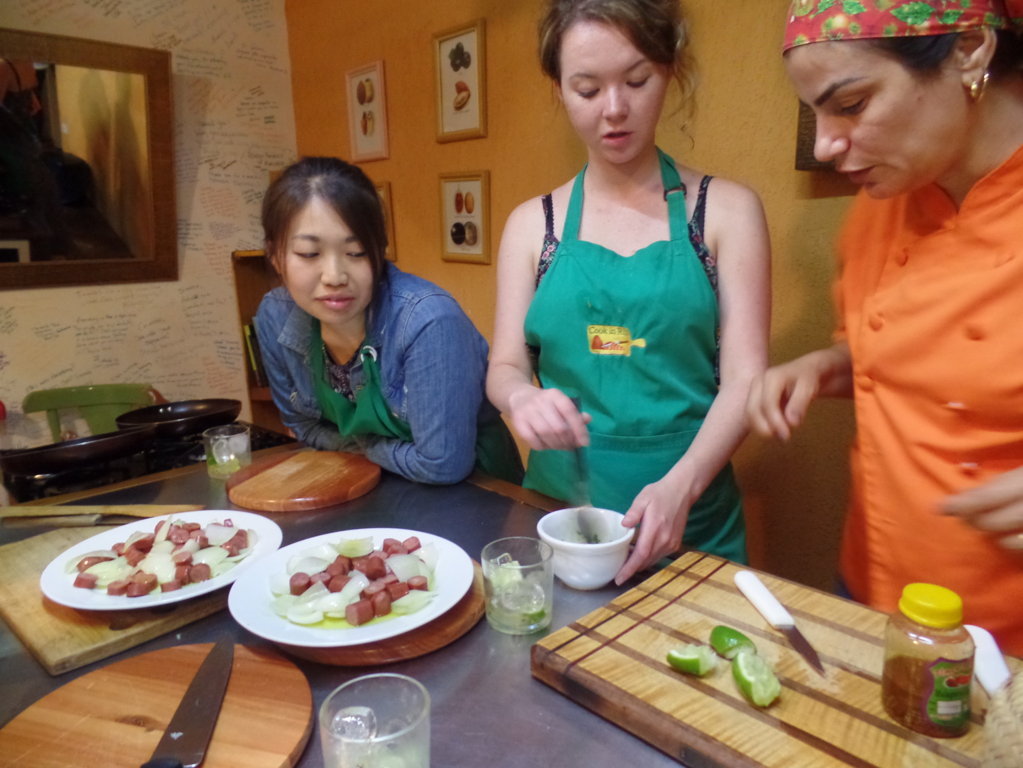 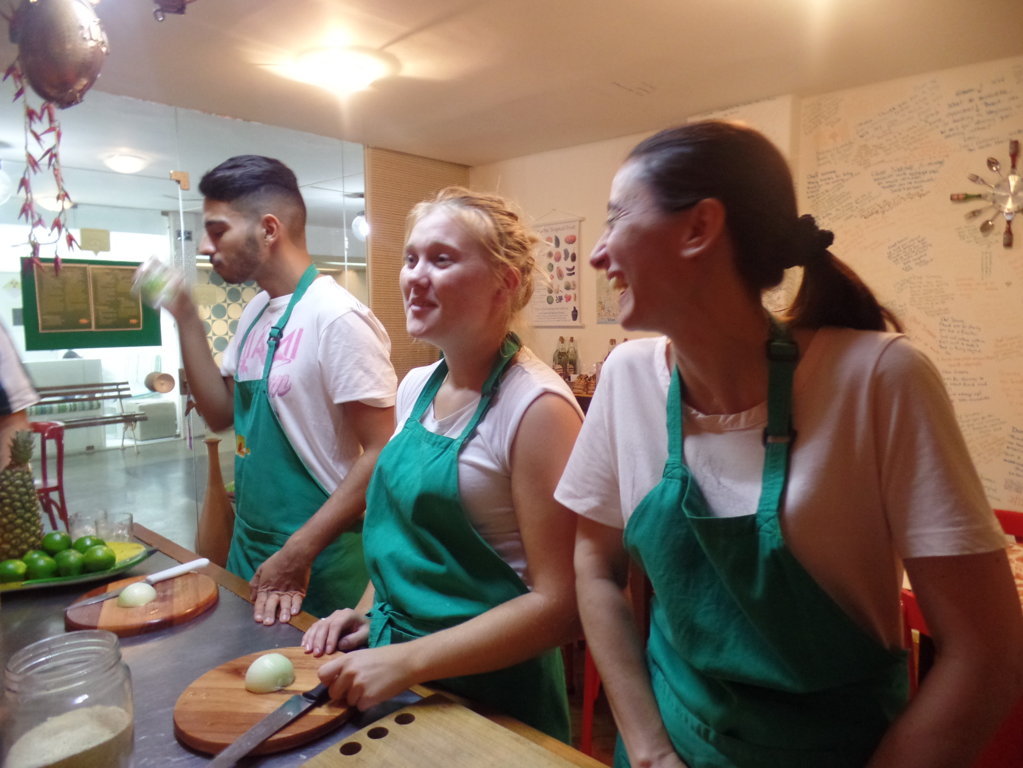 Anyway, we started to cook a Moqueca (Brazilian typical food). The lunch was wonderful, and the students had the opportunity to practice the portuguese language, learning new words, especially related to cook. Certainly we had a great time and a delicious friday. In addition, now, our students when they return to their countries, will be able to cook a Brazilian food with learning today. The chef Simone from Cook in Rio taught us well how to prepare some drinks and make a delicious moqueca. 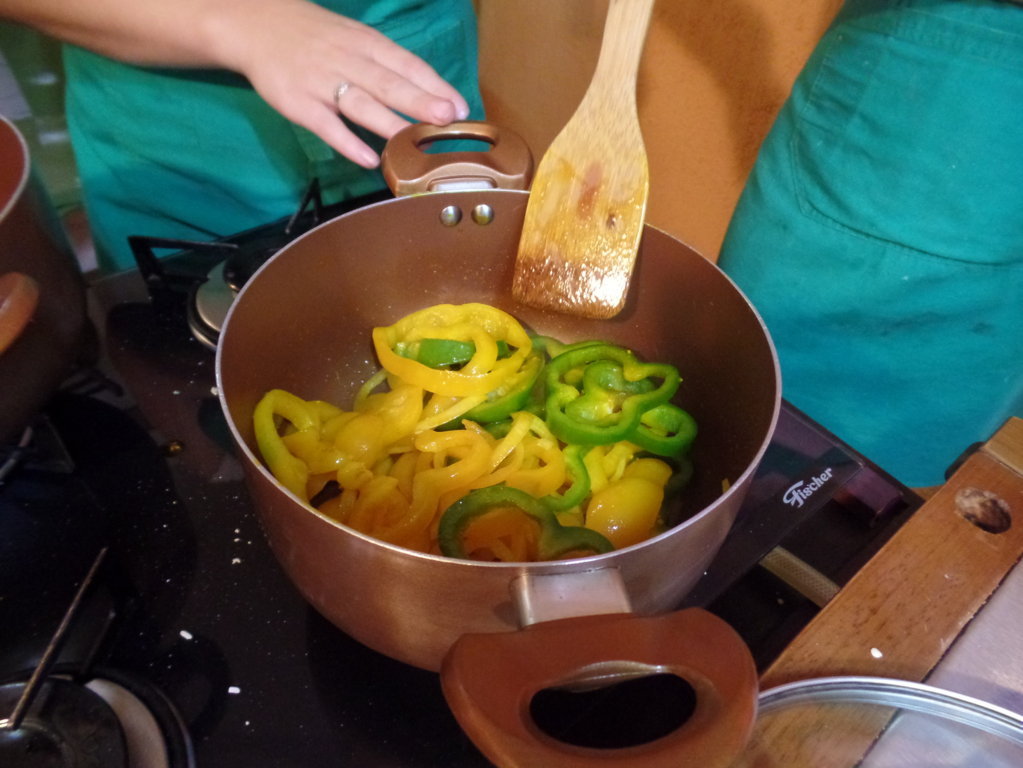 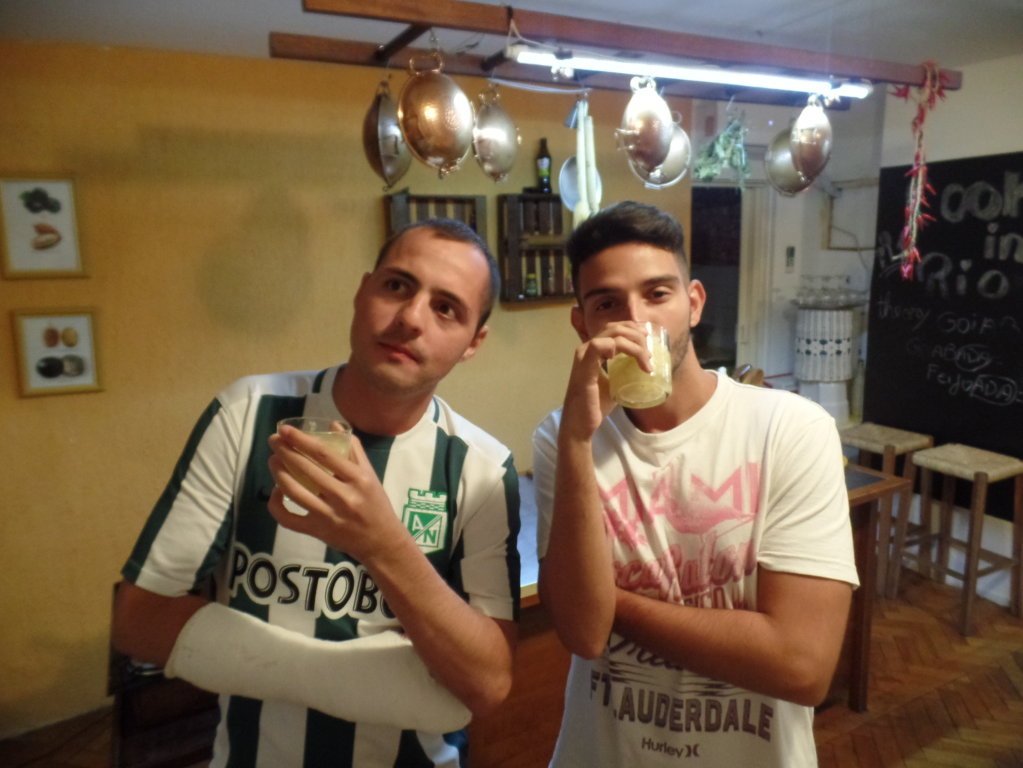 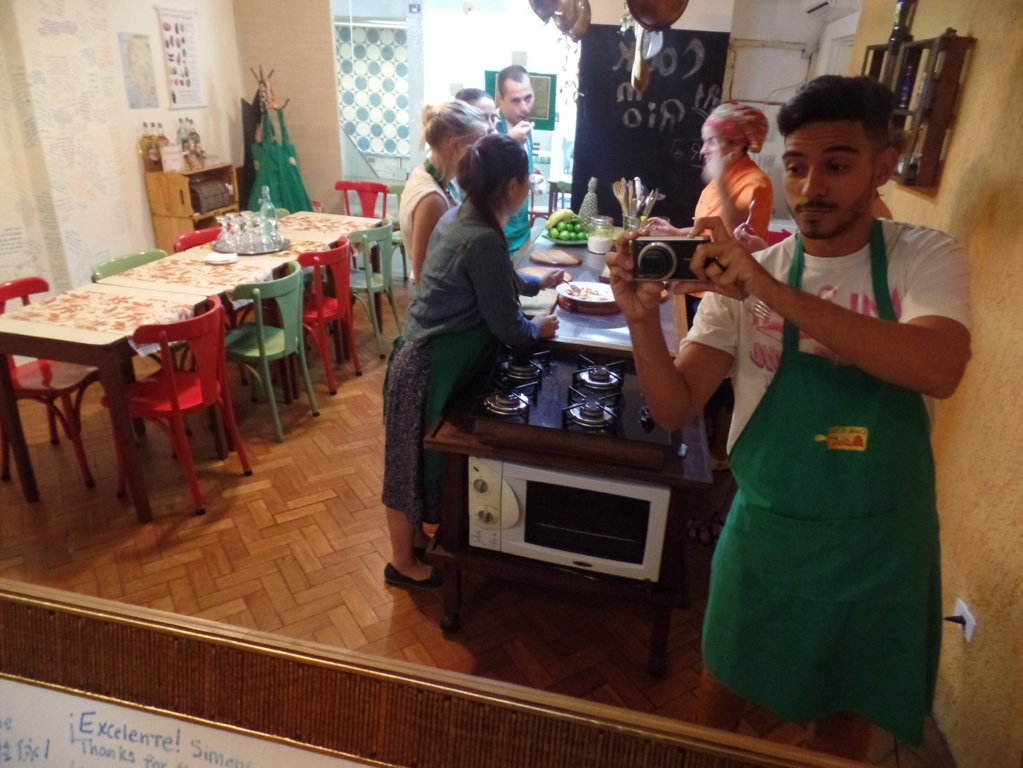 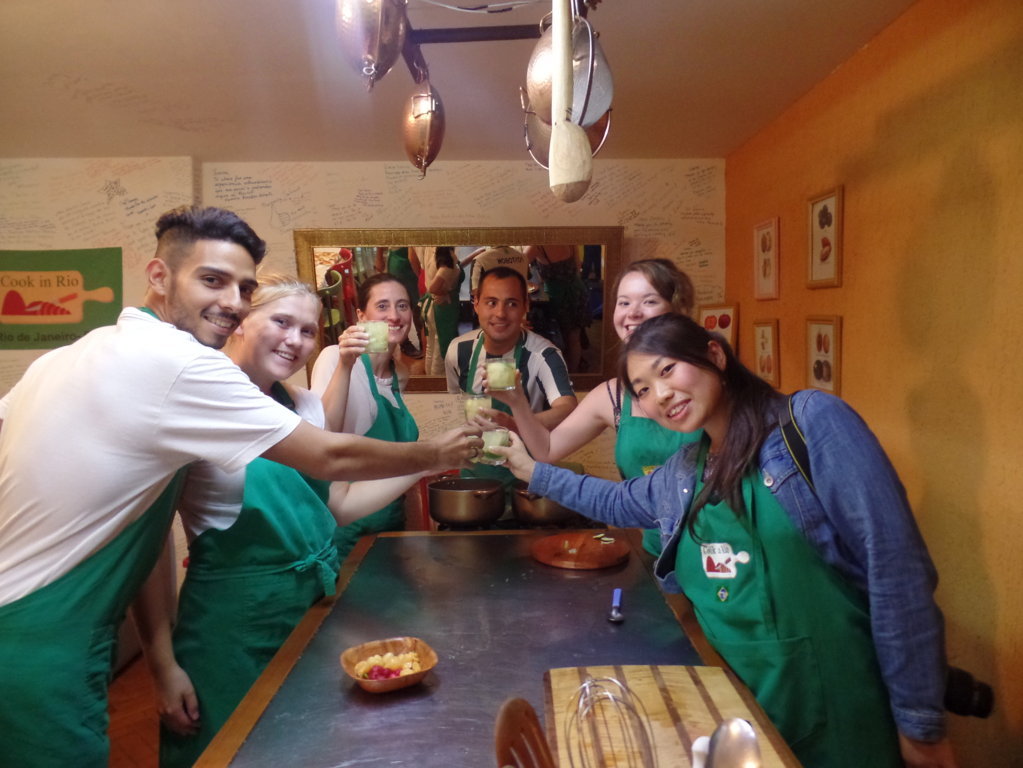 Come to Rio & Learn and practice portuguese having fun with our RioLIVE! Activities.