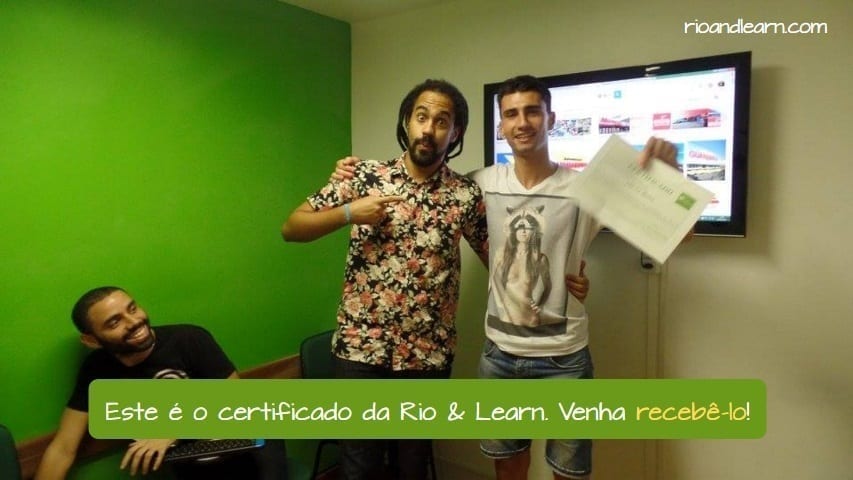 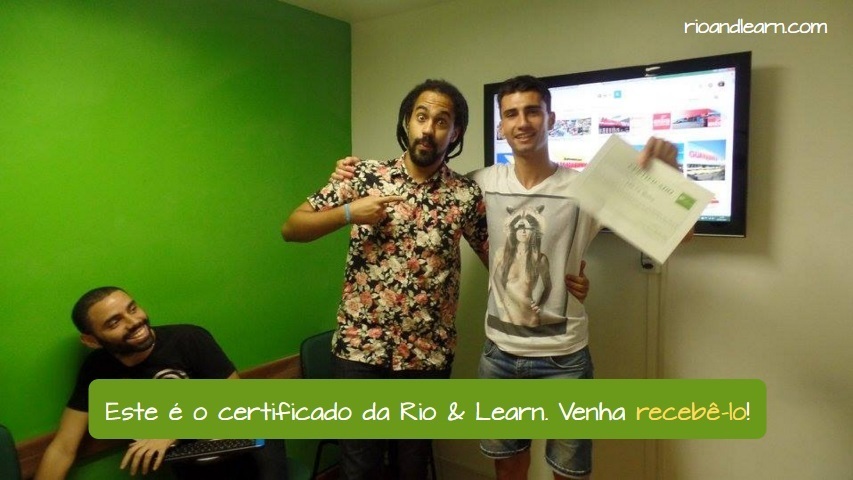 What’s up, cariocas! How are you? Well, continuing our classes with our Vídeo Dicas, and today we are here to explain the third part about pronomes pessoais oblíquos (personal pronouns), in Portuguese. It doesn’t have many new things comparing the others that we studied before. The only difference is that we have the change the pronoun’s position. We will understand that with the examples.
Well, let’s go! The personal pronouns refer to a subject that was mentioned before, so, they are contextualized. So far, that’s ok, nothing new, we know it already. In the other Video Dicas (Personal Pronouns Me and Nos e Personal Pronouns O and A) we talked about the same stuff. Well, let’s see here! In this case, we start having difference: 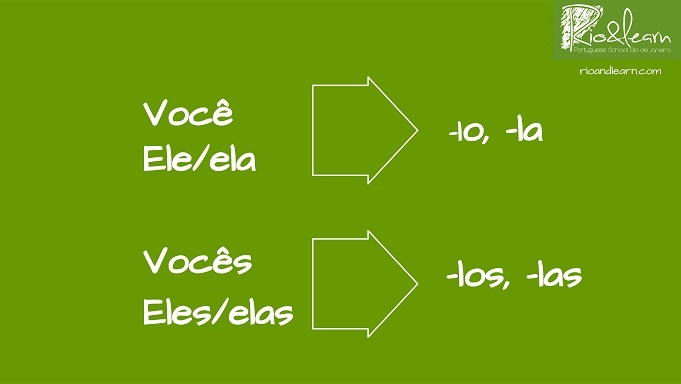 So, check out how the change happens. In general, it comes after an infinitve verb. The other pronouns that we studied, in general, come before a conjugated verb. And these verbs here don’t. They come after a verb that is in its infinitive form. Let’s understand that with examples here. Check this out:

Adoramos esta casa. Vamos comprá-la
We love this house    We are going to buy it
Observe this comprá-la, that’s the verb in the infinitive form, comprar, where I replaced the R, put the letter A with an accent (Portuguese grammar point) and added the pronoun -LA.

Eles não gostam mais do carro e, por isso, vão vendê-lo.
They don’t like their car anymore, that’s why they are going to sell it

See that vendê-lo, is the verb to sell. I did the same process: I put an accent on the letter E and the pronoun -LO.

So, here the infinitive cumprir, also with the pronoun -LAS. In the case of the verb cumprir, the verbs that end with -IR, we don’t do this kind of change, it’s not necessary, because this sound of the letter ‘I’ is strong already. The syllable is very strong itself, so it is not necessary to put an accent.

That’s it! Ok?
Well, that’s it, guys! We are finishing here one more time. Leaving a big carioca hug for all of you, and let’s stay in touch. Now we know a bit more about personal pronouns. Ok guys! See you in our next Video Dica.