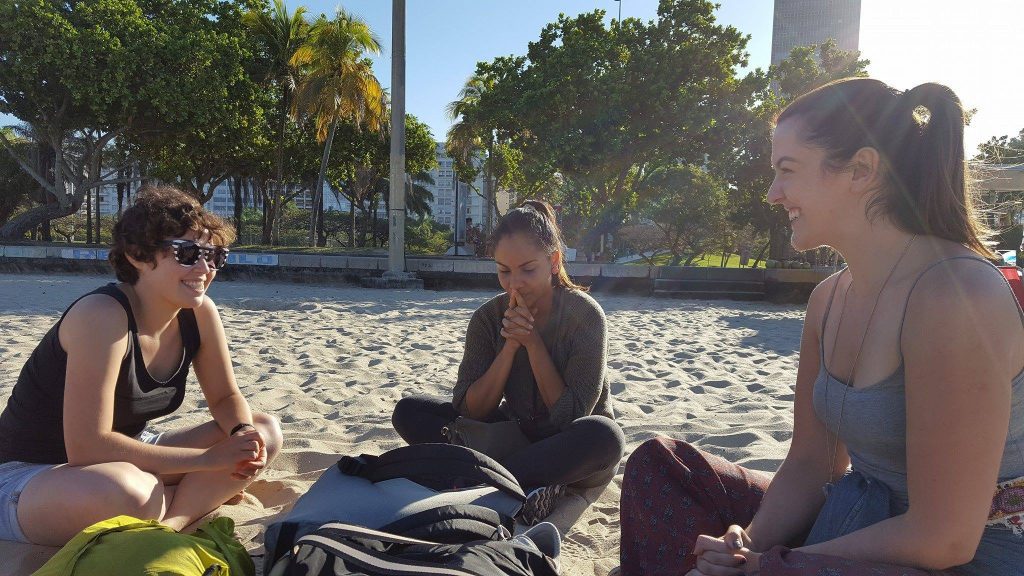 Botafogo is beautiful. Going there gives a good sense of the lay of the land in Rio because you can see its two major landmark- Sugerloaf and the Chist.
Igor led the trip when I went, and the best part was finding I could begin to talk and understand Portuguese.
For example, Igor managed to explain that Botafogo means -putting fire- name after a ship that was stationed there.
It was amazing that he could explain this to beginers and that we could understand!