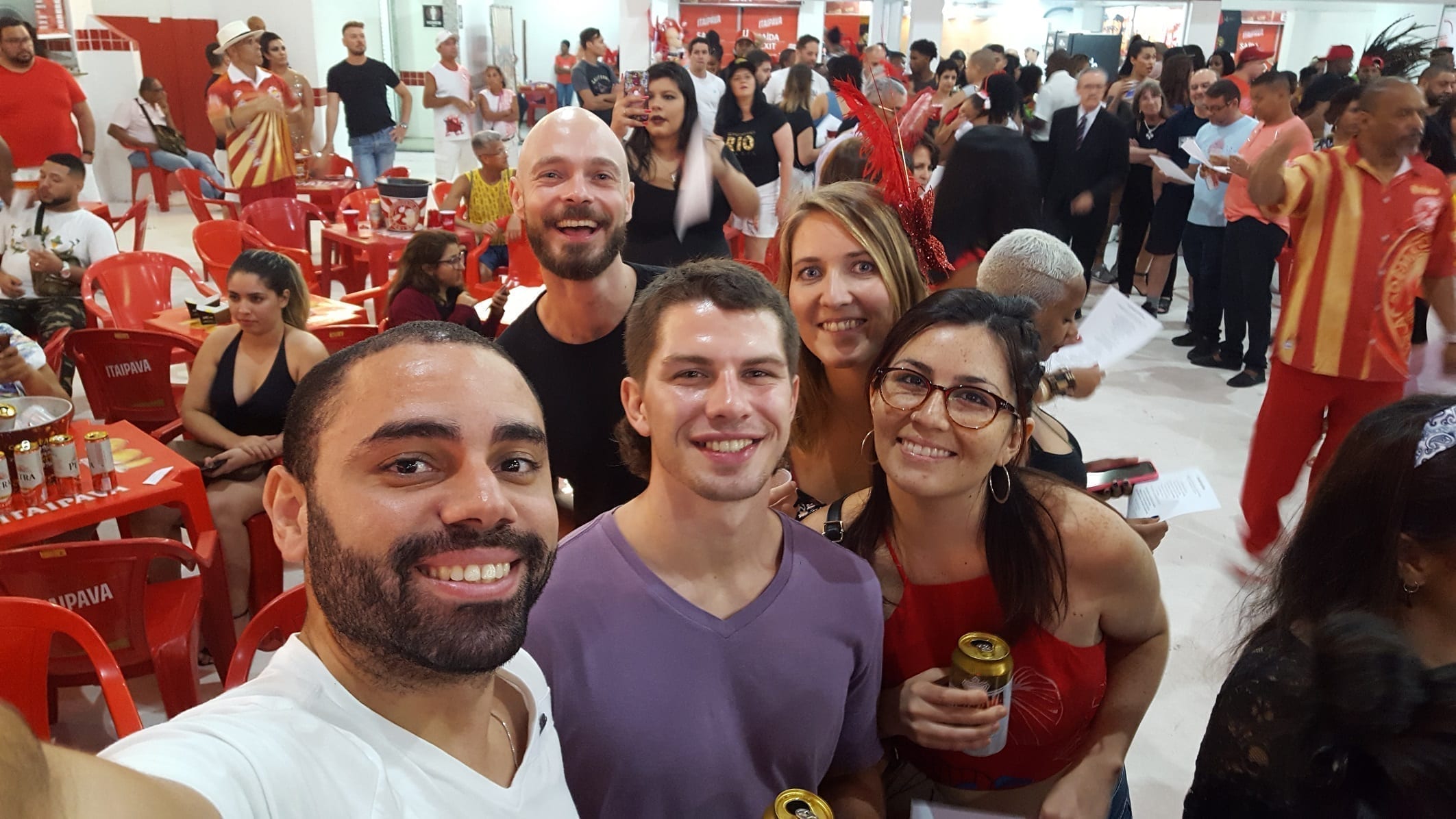 What a night at Salgueiro! It was everybody’s first time watching a samba school perform, and what’s more is that we had the opportunity to watch three different schools! I wasn’t sure what to expect (except for lots of dancing of course), but when we arrived we got more than just a show. It was a party with music, dancing, and drinking. It was an enticing preview of what Carnaval is going to bring. I’m only upset that I have to wait three months to celebrate the the real Carnaval.