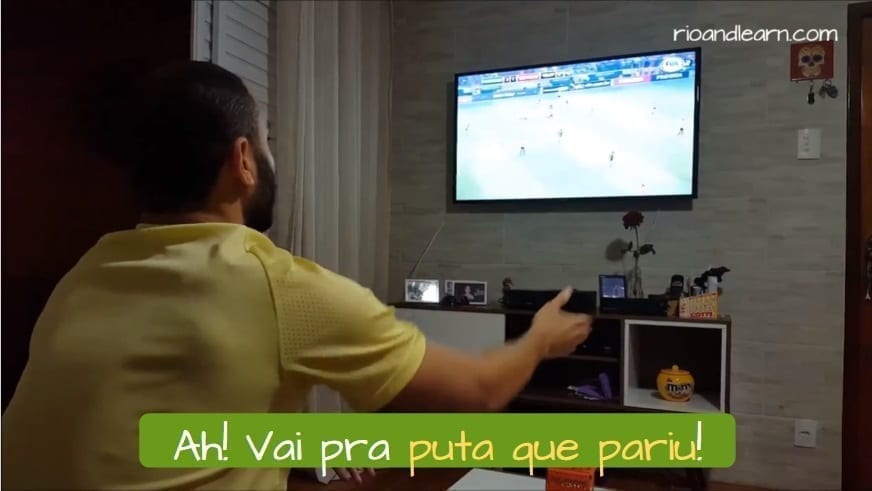 Hey, guys! My name is Carlos Del Castillo, I’m from Colombia.
I’ve been studying at Rio & Learn for 3 and a half months. Today I’ll give you a Dica about Puta que pariu meaning, like the literal one and the way you can express in Brazilian way, so I just hope you’ll enjoy it!

Puta que pariu literally means the prostitute who gave birth. Funny right?
But that’s not how we use it. It’s an expression. There are different ways to use it, the first one, Puta que pariu is used as a negative interjection. It’s used to show frustration or disappointment.

Depending on the context, Puta que pariu can be very offensive:

And last but not least, Puta que pariu is used to refer to a very, very distant place: