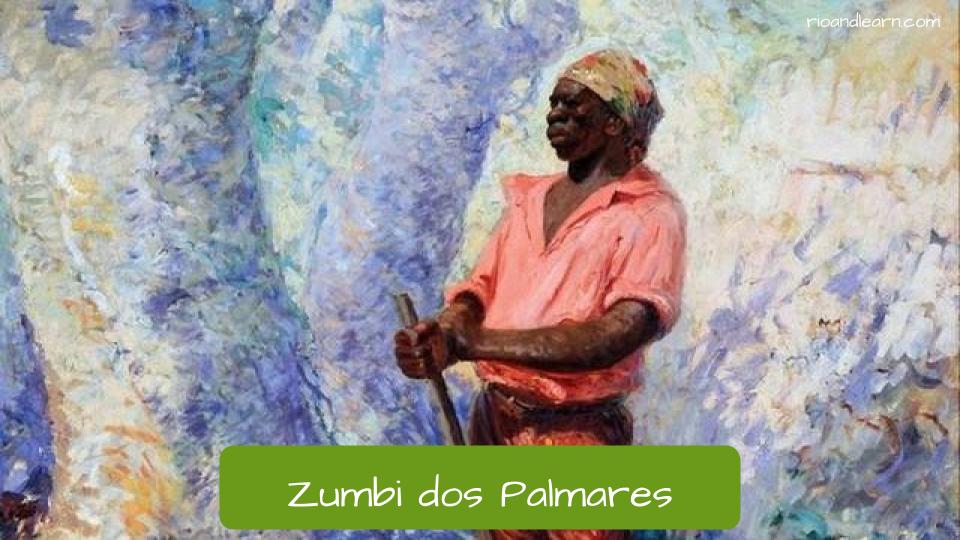 Hi there! Do you know the quilombo meaning? Well, today we will talk all about this amazing part of the Brazilian history! Learn who was Zumbi dos Palmares, and its relationship with the quilombo that had his name. Also, let’s learn more about what is a quilombola and if there were any quilombos in Rio de Janeiro!

What is a Quilombo and its Meaning

Quilombos were places of refuge for enslaved Africans and Afro-descendants throughout Brazil. Many people consider that quilombo is necessarily a place to house runaway slaves during colonization times. But in fact, it’s not like that. Some quilombos were formed from the purchase of lands from freed slaves, inheritance, or occupation of decaying farms. Quilombo should also not be understood as something just rural, having occurred a lot in urban areas as well. The quilombo residents are called quilombolas, recognized since 2007 by the Federal Government of Brazil as a traditional community.

Zumbi, also known as Zumbi dos Palmares, was a Brazilian quilombola leader, known as the last of the leaders of Quilombo dos Palmares. He was born in Alagoas, as a free person, but got captured at the age of six and sold to a priest to be enslaved in a church. Zumbi didn’t negotiate with the Portuguese Monarchy throughout his life, even when Portugal offered him freedom in exchange for obeying the laws of the Portuguese king. Zumbi dos Palmares died in a heroic way, in search of the freedom of the slaves in 1695.

In 1995, the date of his death was adopted as Black Awareness Day. To this day, the day has a special meaning for black Brazilians. Many see Zumbi as an exemplary figure who fought for the enslaved, and as a symbol of freedom. In the center of Rio de Janeiro, there is a great monument in honor of Zumbi dos Palmares! You can visit him with us while studying Portuguese in Brazil!

Quilombo dos Palmares, located in what is now the state of Alagoas, was a community formed by black slaves who had escaped from Brazilian farms, prisons, and slave quarters. It occupied an area equivalent to the size of Portugal. Its population reached over 30,000 people, making it the largest quilombo in the history of Brazil.

Are There Quilombos Today in Brazil?

With the end of slavery in Brazil, concept of quilombo slowly evolved. Nowadays, quilombos are spaces of resistance, fighting for the right to own lands and maintain their own culture. This occupation of the land occurs in the form of common use, with its use obeying the environmental seasonality. Today, Brazil has about 5,972 quilombola groups and 709 demarcated territories for these groups. The state of Bahia is the place where we still have most of our quilombo groups, around 1,046!

Yes, there is still resistance in Rio! Today, we have three urban quilombos in our city: quilombo de Sacopã (in South Zone, close to the Lagoa Rodrigo de Freitas), quilombo da Pedra do Sal (at downtown Rio, where we have an amazing RioLIVE! activity!) e quilombo Camorim (in the Jacarepaguá neighborhood).

Now you know the quilombo meaning! Quilombos, quilombola and slaved people are part of Brazilian culture! Without them, we wouldn’t have feijoada, many typical Brazilian dances, and such a racially mixed nation!

See you in our next Dica!
Viva Zumbi dos Palmares!