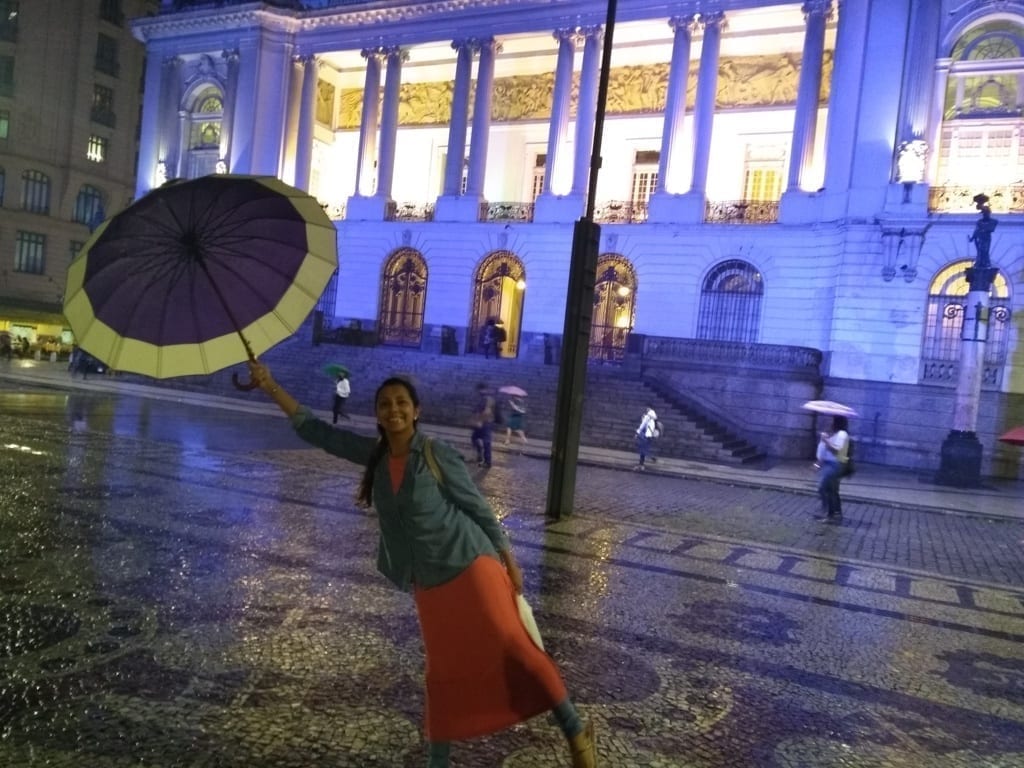 Rio de Janeiro is popular because of the sunny days and the beaches. But in our last RioLIVE! we had a rainy and sweet afternoon. But do you think the rain bothered our students? Not at all! They were pretty excited to spend the afternoon at one the most famous place downtown in Rio, Confeitaria Colombo. A café inspired in the European style where many people go to have a coffee break, eat some sweets or just chat.

We were so happy and pumped doing this activity that even after leaving Confeitaria Colombo our Portuguese students tried to have some good pictures under rain, but guess what?! They look perfect!

A rainy and sweet afternoon that was well spent by our amazing students. Only RioLIVE! Activities can provide you fun and Portuguese learning at the same time. What about you? Come to Rio & Learn and join us! 🙂

You can look more pictures of this visit at our Facebook page. Check this out!