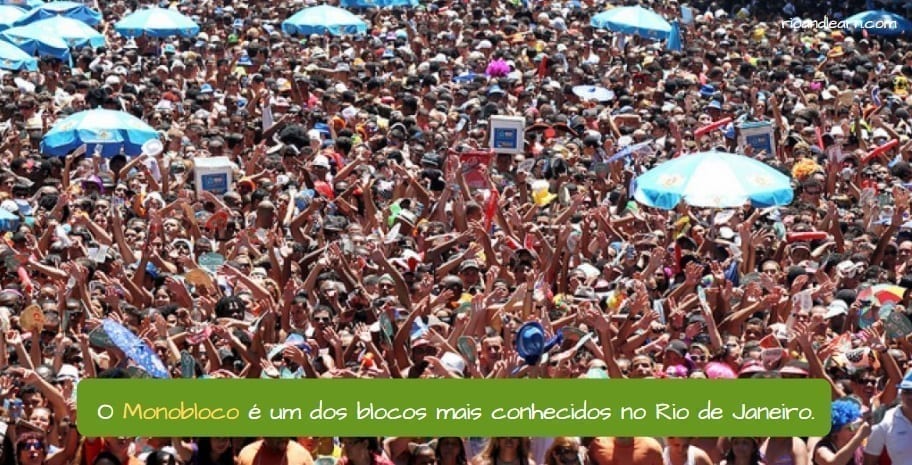 What’s up friends! Excited for Carnival? We hope you are, because today we are going to talk about the Rio street Carnival! So grab your Carnival costumes and come with us!

A Bloco can be classified as a street party that sometimes can gather a huge amount of people during Carnival. If you really want to feel like a Carioca, you need to give it a try and enjoy it like a native does. So in order for you to do it, we have selected 10 Rio carnival street parties that’ll take you through the roof! 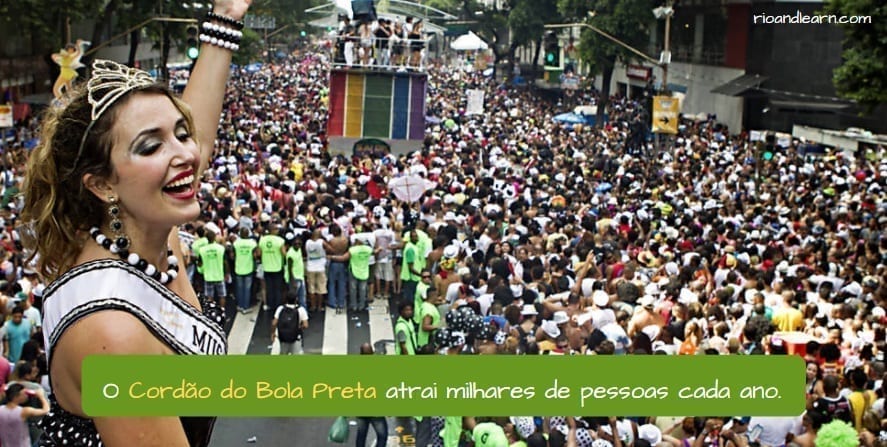 Cordão do Bola Preta is the oldest Bloco in Rio and it’s famous for attracting, literally, millions of people every year. The colors that represent this Bloco are black and white and it’s possible to see many people there wearing clothes with these two colors. It starts at 9 a.m until 2 p.m and it takes place on Avenida Rio Branco, Centro. But be careful! Pay attention to your personal belongings and to pickpockets that can appear around you due to the huge amount of people located in the same place. Take a look at our Dica about Rio de Janeiro Security Tips for more information on how to feel safe in Rio. 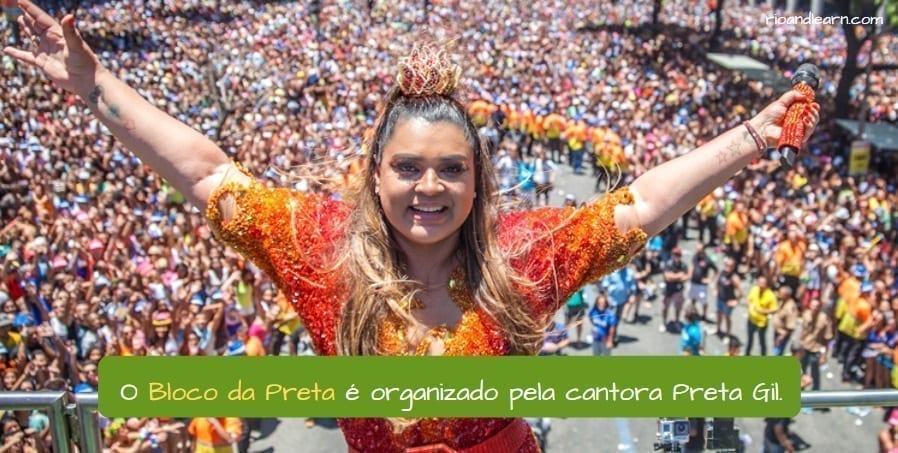 Bloco da Preta is a Rio street party organized by the Brazilian singer Preta Gil. This Bloco has already featured other famous singers, such as Nego do Borel and Ludmilla. It’s also famous for attracting many people so it’s very important that you pay attention to your surroundings since it’s possible to find a few pickpockets there!

This bloco happened last week, it is a party that takes place in what we call pré carnaval (the period before the official carnival). Every year after her street bloco, she performs a private concert especial for carnival! This year it has already happened, but if you want to get more information check out her website.

If you are a Beatlemaniac, this is your place! Sargento Pimenta, in English Sargent Pepper, is a street party inspired by the works of The Beatles. This Bloco allows people to sing along while dancing famous hits from this band with a touch of Samba. Sargento Pimenta is located in Rua Infante Dom Henrique, Flamengo.

If you want to enjoy carnival, but still listen to international music this bloco is for you! 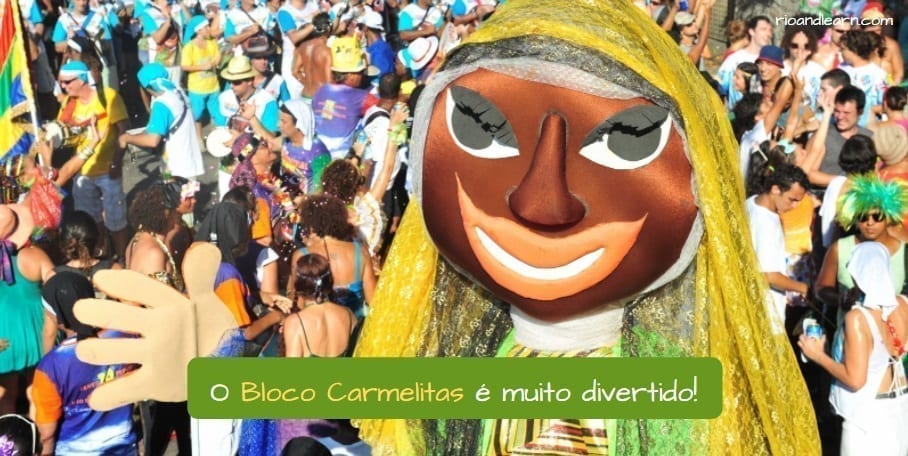 This Bloco is very famous for its story! People believe that a few years ago someone saw a nun escaping from the Carmelite Convent to join a group of people celebrating Carnival. Today, it’s possible to see many people in this Bloco wearing nun costumes because of this story. Guaranteed fun! This year this bloco will happen twice! That’s amazing right? Check out here the dates and places to have lots of fun!

Where: Largo do Curvelo, Santa Teresa
When: February 25th, 8 a.m. 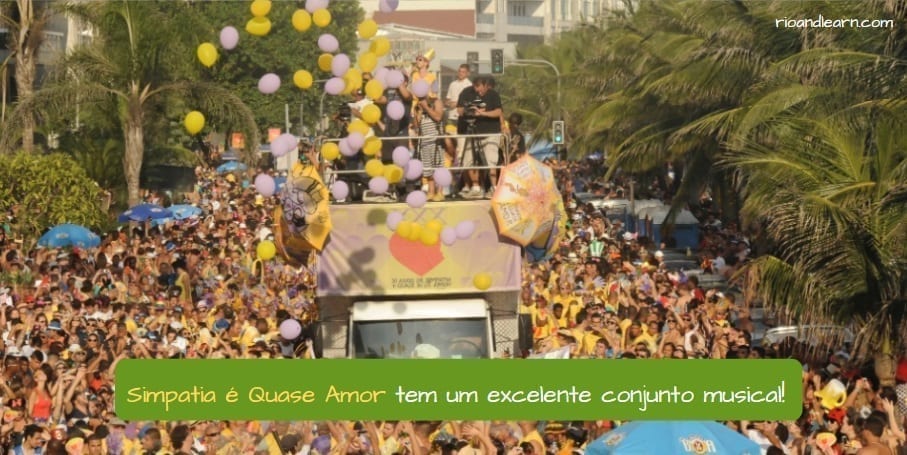 Simpatia é Quase Amor was created during Diretas Já, an important period in Brazil. Its name was inspired by a character from a Chronicle called Rua dos Artistas e Arredores. This Bloco attracts almost 20.000 people every year and it’s the perfect place to celebrate Carnival with samba and other elements of Brazilian Culture. It is one of the best blocos in Rio carnival!

Known as Christ’s armpit in English, this Bloco was given the name due to its location. People usually say that this Bloco got this name because of Tom Jobim, a famous Brazilian musician, that used to say that everything in his house was always mouldy because he lived under Christ the Redeemer’s armpit. This Bloco is less crowded than the other Blocos and it’s possible to have lots of fun here!

This year this bloco participated in the pré carnaval period too, so it’s already happened.

This Bloco was created by a group of students and musicians in downtown,1996. It attracts millions of people per year and can last several hours. People can see lots of representations of Brazilian Culture in its beautiful decoration! It’s definitely something that you can’t miss if you come to Rio during Carnival!

Céu na Terra can be classified as the most colorful Bloco. It’s songs are full of joy and are also very creative! It’s possible to see people wearing diverse and colorful costumes here! Around 20.000 people go to Céu na Terra every year and make this time of the year something really special! The name of this bloco means Heaven on Earth, cute right?

Monobloco: one of the best Rio street carnival blocos

This is one of the most popular Blocos in Rio. One peculiarity of this Bloco is that the participants of this street party use traditional Samba Instruments to play Samba, Funk, Ciranda and other Brazilian Rhythms. It gathers many people every year and it’s a wonderful experience! If you come to Rio, you have to go to this Bloco! 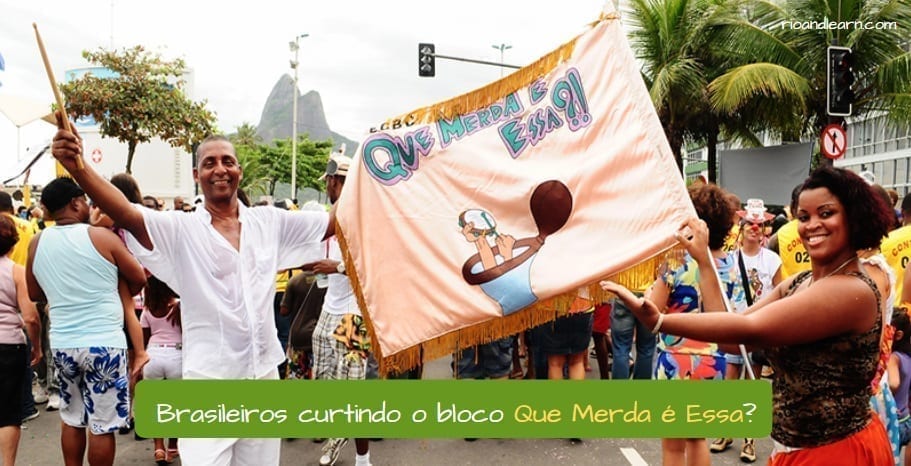 Que Merda é Essa?! brings together different kinds of people every carnival, including a huge number of foreigners and young people. The main purpose of this Bloco is to unite different types of musicians, such as composers, singers and amateurs. It’s an excellent Bloco to celebrate carnival with your friends! The translation of this bloco’s name would be what the fuck is that?! So funny hahahaha! 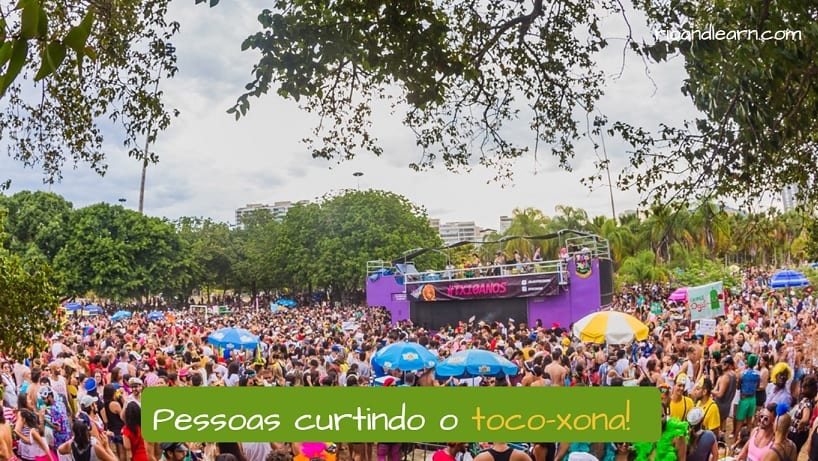 We have one more Rio carnival street party for you. Toco-xona is the first LGBTQIA+ street party and it’s super famous too! It was founded by a group of lesbian women and it is still formed of only women! Girl power, am I right? It is also super fun and the music is great!

Now that you have a list of the Rio street Carnival Blocos, you can enjoy Carnival with your friends!
See you in our next Dica!

Kisses and hugs from Rio.