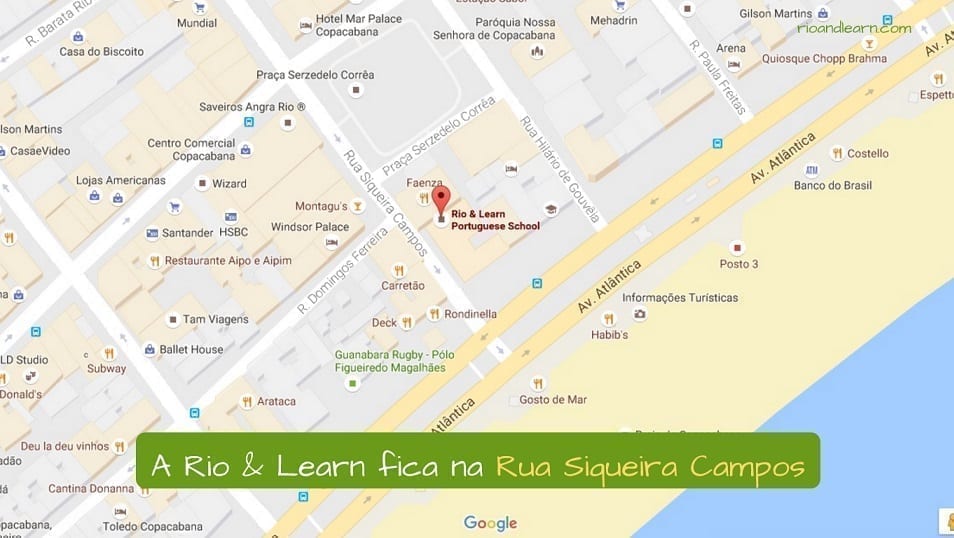 What’s up people! In our Dica today, we are going to learn about the road in Portuguese.

How to say Road in Portuguese?

To travel around the city we have to use the roads and streets. We have some words to describe different paths that we can take to travel by car, bus, moto, etc… You are going to learn these words in Portuguese and their definitions.

To begin with, let’s understand what is a transport route. A transport route is every surface on which vehicles, people and animals circulate. Therefore, tracks, sidewalks, islands, etc. are considered to be roads. When narrowing down the concept for land roads, two important components are taken into account: urban and rural roads.

Let’s get to know the most common names of roads:

Rua (Street) – It’s a common public urban road. Usually, there’s a lot of types of houses and buildings on it.
Avenida (Avenue) – It’s a wide urban public road. Wider than a street and the main access among the city’s main points.
Estrada (Road) – It’s a rural public road, many times they are not paved. It’s more common in the countryside or farther areas of the city. These roads have historically been built for the circulation of transport vehicles.
Rodovia (Highway) – These are paved public roads. They are rural and paved roads, that is, they are intercity roads where vehicles run at high speed.
Via expressa (Express way) – It’s a road designed for high speed traffic. Also known as Interstate or Parkway.
A Travessa (Side street) – It’s a smaller road than a Rua. It’s usually diagonally across two streets.
O beco / A viela (Alley) – Small, narrow street.

And do you how we call the part of the street that only people can walk on? In Portuguese the sidewalk is a calçada. Fun fact: the part that people walk on in the beach is called calçadão.

Now let’s learn how to say the words that you’ve learned.

Want to understand more about road in Portuguese? Have Online Portugueses classes with us, and we’ll explain everything to you!

Examples with the types of roads in Brazil

Let’s see some examples with the different types of roads in Brazil:

O centro da cidade do Rio de Janeiro tem muitas travessas.
There are a lot of side streets in downtown Rio.

Want to make a road trip in Rio? Let’s travel to distant beaches with RioLIVE!

Now that we know the different types of roads we can venture throughout Brazil. Let’s go?