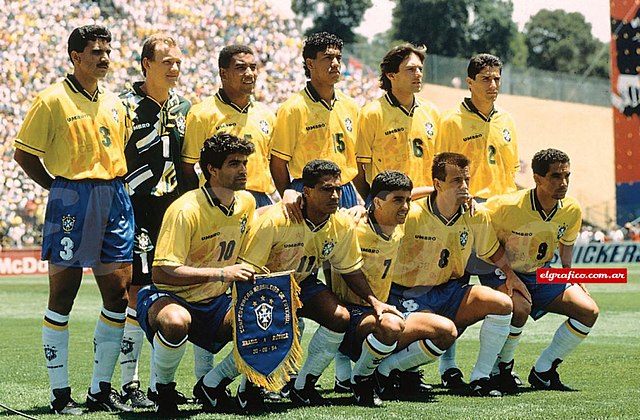 Hello, my friends! Ready for another Dica about Brazilian Football? Today, we will talk about the history of Romário in Brazil, PSV, Cruyff’s Barcelona, his success in 1994 and some of his partnerships with other players like Ronaldo, Bebeto and his problems with Edmundo. Romário is one of the best strikers ever!

Brazil’s Romário was born on January 29th, 1966. Known simply as Romário, he is one of the most famous Brazilian professional footballers. A prolific striker renowned for his clinical finishing, he is regarded as one of the greatest forwards of all time. Romário started as a professional player at Club de Regatas Vasco da Gama in 1985, soon after scoring many goals, he was transfered to PSV EIndhoven where he played from 1988 until 1993, winning three national leagues (1989, 1991 and 1992) when he got everybody’s attention and was bought by Barcelona.

For the Catalan club he kept up his fantastic scoring track and played with other great players such as Stoichkov, Michael Laudrup and Ronald Koeman for example. Playing for Barcelona they won the national league 1993 -1994.

During his stardom in FC Barcelona, Romário’s name appeared on the news for a very valid reason. In January 1994, Romário asked Johan Cruyff, the team manager at the time, for a time off to travel to Brazil. Why did he need to come to Brazil then? To enjoy the Carnaval of course!

Just like Pelé, Romário was also able to score 1000 goals, but at 40 he was a bit older than Pelé when he achieved this. He scored the goal playing for Vasco da Gama, it was very special moment for him and the fans since he had started playing for the club at a really young age early on in his career. See his goal at the video below:

Romário with the Brazilian Team

Romário was as successful with the Brazilian Team as he was playing for the clubs. Besides playing several friendly matches, it was in the 1994 World Cup in USA that he could prove how good he was. He scored in almost all matches and led Brazil to its fourth world title against Italy and later FIFA honored Romário with the award for Player of the Year.

Romário’s goals at the 1994 World Cup

With his partner Bebeto, he created a deadly duo in the 90’s. Especially in the 1994 World Cup, Romário and Bebeto were important factors for Brazil’s victory. There is a very memorable goal that Romário made with the pass from Bebeto in the match against the Netherlands in the quarter-finals. In the same game we have the famous image of them hugging in celebration after a goal that Bebeto scored and dedicated to his newborn son. Take a look at the video below! It was clear that these two were never rivals. In total they scored eight goals for Brazil in the 1994 world cup.

Brazil’s Romário was in the news twice for being left out of the World Cup team. First time was in 1998 for medical reasons: he had muscular injury and hadn’t completely recovered in time to play.

In 2002 Brazil’s coach Luiz Felipe Scolari decided to ignore public pressure and didn’t include Romário as part of the team, even though he was the biggest goal scorer from the previous tournaments.

Another partner he had in his career was Ronaldo. They were part of the “R” Trio together with Rivaldo, in 1997, but they never went to a World Cup together. Romário and Ronaldo were proud of their coordinated movements which led to a lot of goals.

On the other hand, Romário had a problem with another brilliant Brazilian player: Edmundo. While Romário was left out of the 1998  World Cup, Edmundo went in his place. In response Romário decorated his bar, Café do Gol, with a caricature of Edmundo sitting on a deflated ball, hung on the bathroom door. Ouch! After that, Romário and Edmundo had a argument and the media exploited problems in the friendship. 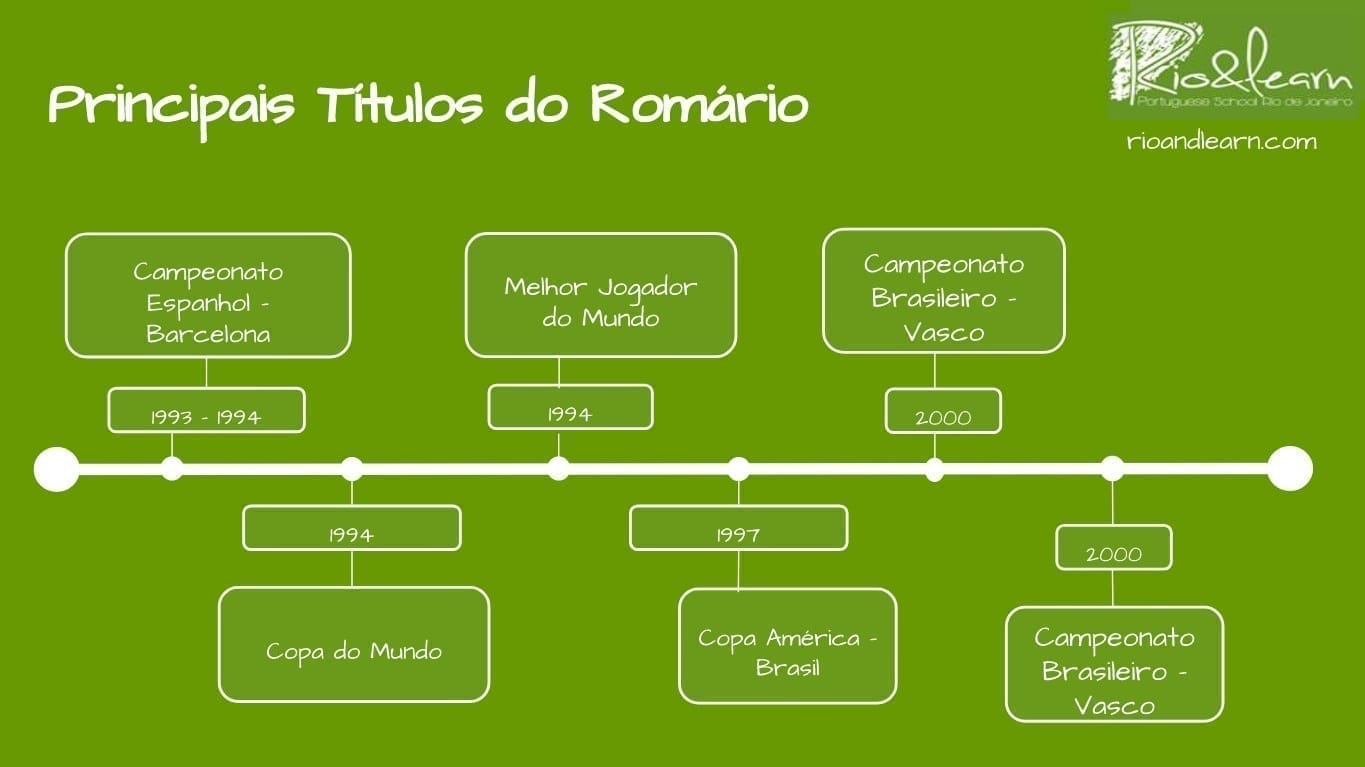 That’s it my friends! Now you know Brazil’s Romário. If you want to know more about Brazilian players, go to A Dica do Dia for more information and learn Portuguese online, you can also follow us on Facebook, Instagram and Pinterest. Go there and see what’s buzzing at our school.

Do you want to have a fun afternoon playing soccer on Copacabana Beach? Take a look at our RioLIVE! Activities including soccer!