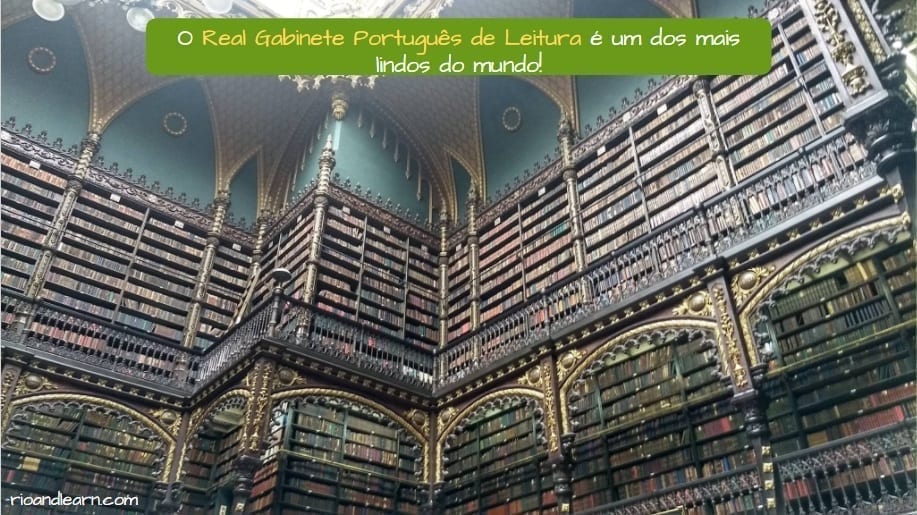 One of the most impressive places to visit in the center of the city is the Royal Portuguese library in Rio de Janeiro. Yes, a library!

Real Gabinete Português de Leitura is the name of this library opened in 1887, when Rio de Janeiro was still the capital of Brazil. The library has a huge number of Portuguese texts and receives around 6000 new titles every year. It’s the largest collection of Portuguese texts out of Portugal.

The architect responsible for the project was Rafael da Silva e Castro and he designed it to evoke a Gothic-Renaissance influence that was popular at the time. And of course such a beautiful place would call someone’s attention. In 2014 the Royal Portuguese library in Rio de Janeiro was elected one of the 20 most beautiful libraries in the world by Time Magazine.

The Royal Portuguese library in Rio de Janeiro is open for the public from Monday through Friday, from 9 a.m to 6 p.m.
Would you like to visit it? Join us on our Historical Center RioLIVE! Just be careful not to fall in love with it.

We’ll be waiting for you!