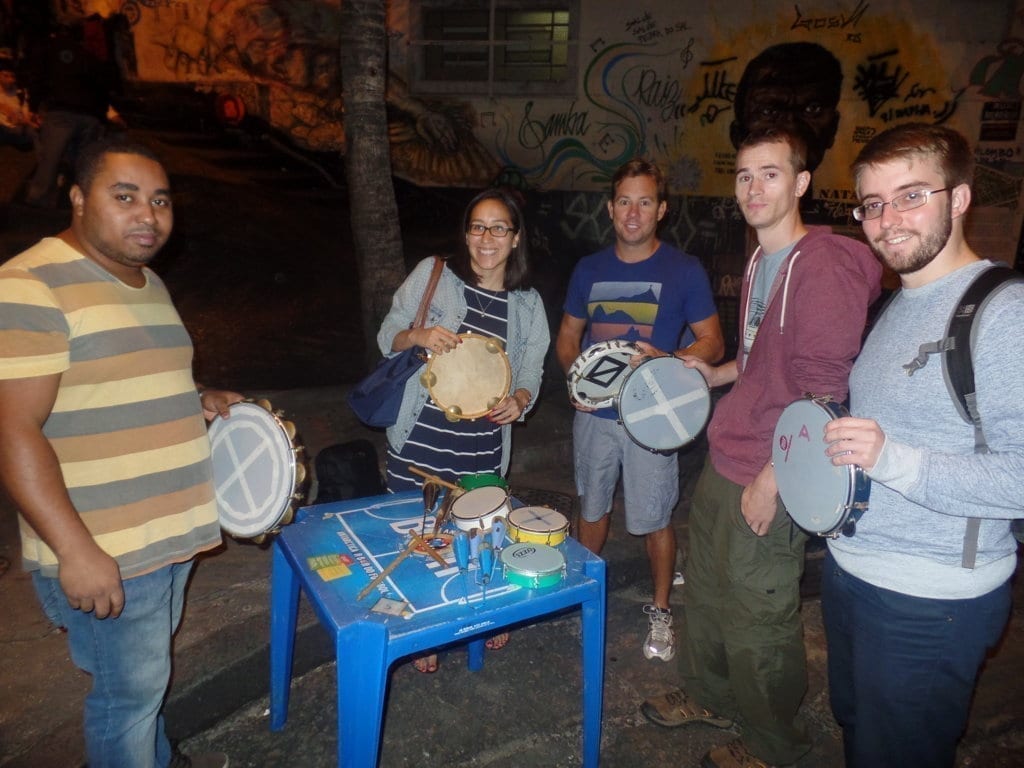 I really enjoyed the samba class. Like always I was useless, but the class was a lot of fun. After the class we watched some real musicians playing. The square was full of people dancing, singing and drinking caipirinhas. I drank my first caipirinha while we listened to great music and watched the sun set. The sky turned from blue to orange, pink, purple and black. It was a beautiful start to the weekend!

Last Friday our Portuguese students had a funny drum class and enjoyed a carioca night. We met at Rio & Learn in Copacabana and then we headed to Pedra do Sal, considered by many people: The Cradle of Samba. When we started our drum class, our students practiced their Portuguese a lot and could improve their vocabulary. As the teacher used numbers to teach the rhythm, the students could practice the numbers in Portuguese.

After having dinner, we came back to Pedra do Sal to enjoy a wonderful Roda de Samba. Put caipirinha, beer, fun, Portuguese and samba together and you will have the perfect combination. And that was what we had. It was a great night. Besides that, this is a very historical place and our students could know a little bit about it.
Come you too to take part in our RioLIVE! Activities. 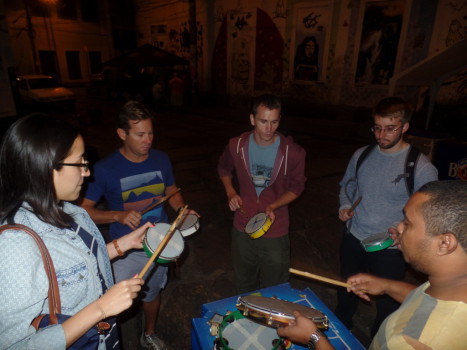 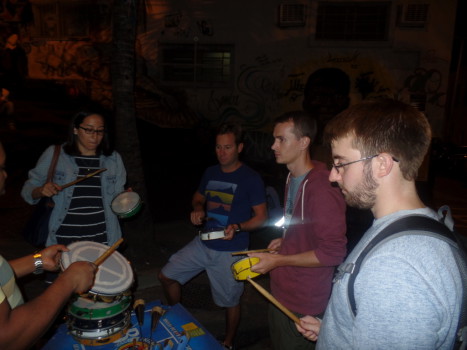 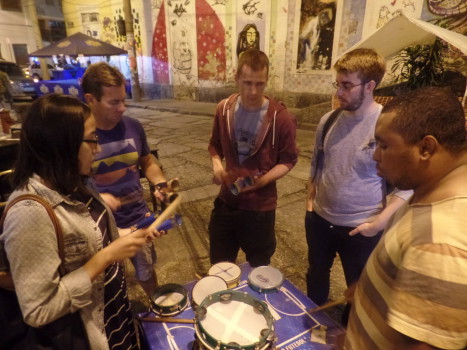 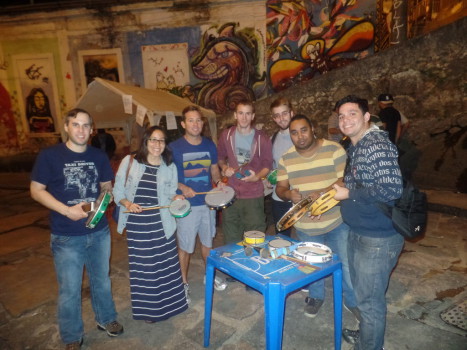 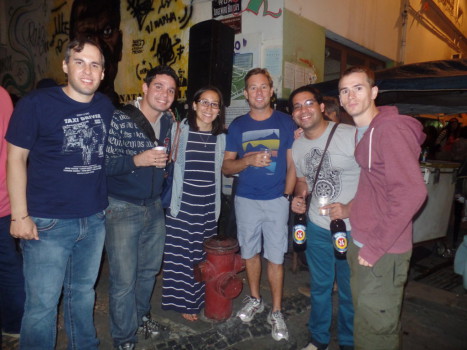 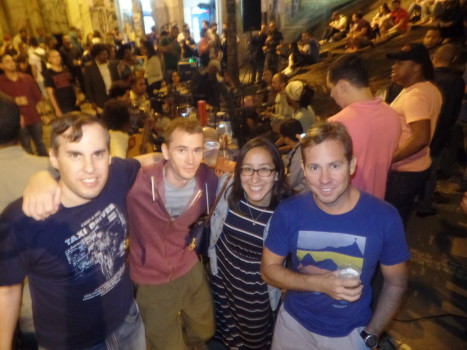 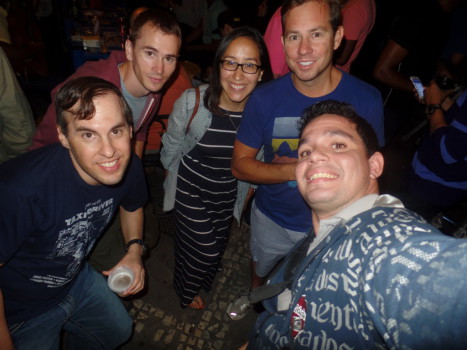 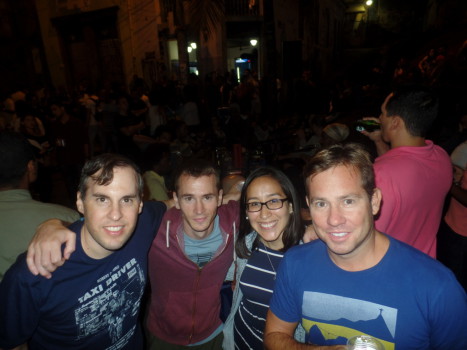 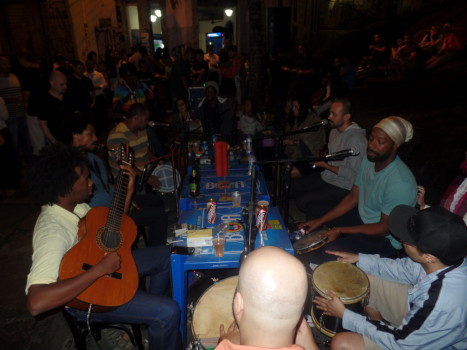 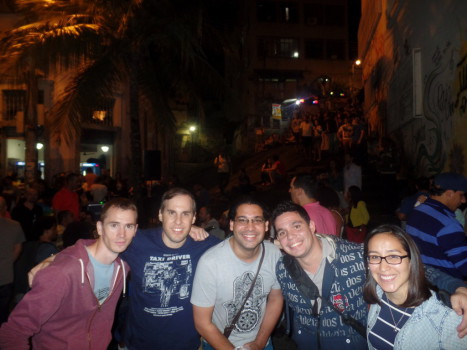 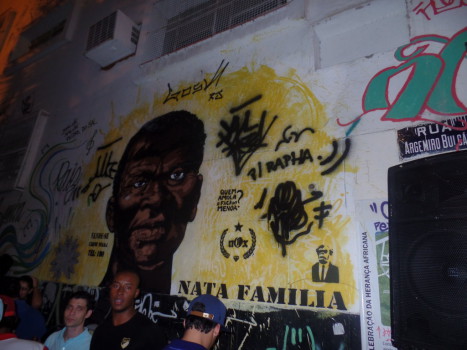 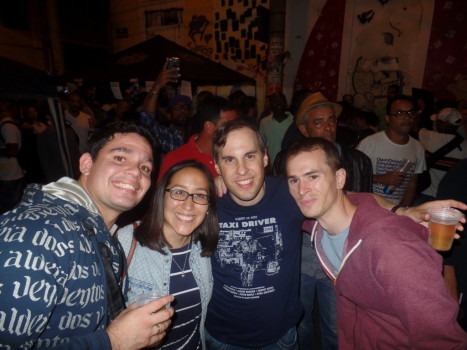 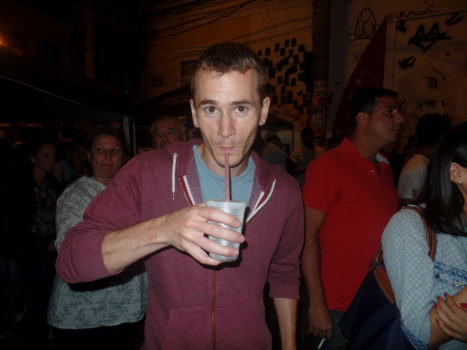 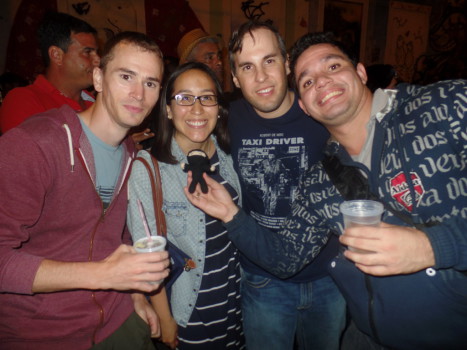 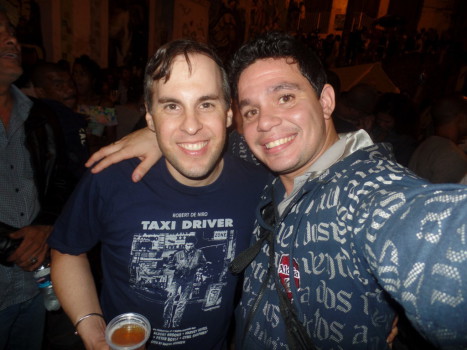 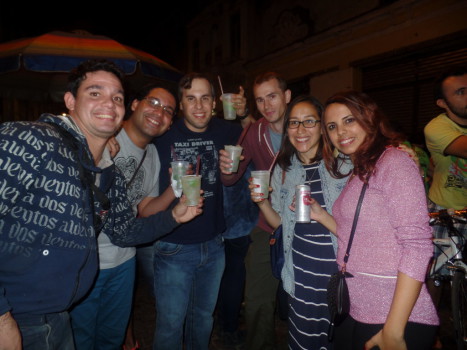