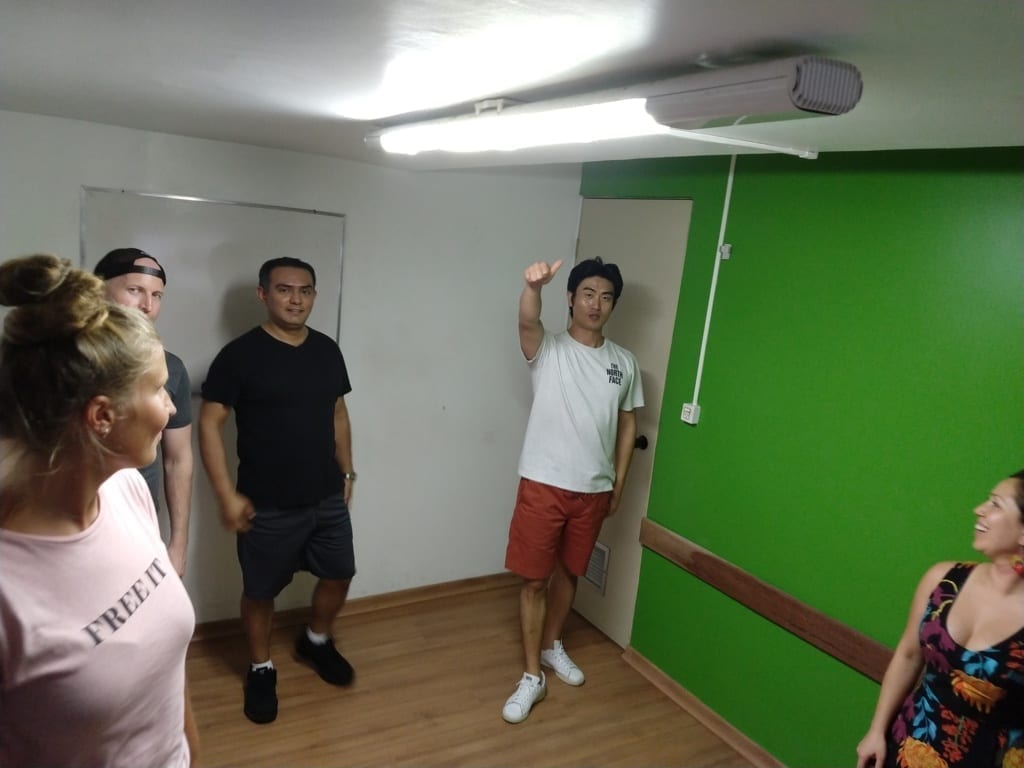 Time to have a stunning Samba Fun Experience. Samba in Rio is one of the most popular RioLIVE! Activities that we have because our students can learn how to dance the most popular rythm in Rio de Janeiro. As it was the first time for most of them, it’s natural to be shy in the beginning, but after some steps and minutes, they were dancing the floor off, a real moment of samba fun experience in Portuguese. See more on the video below!

The instructor was really patient as usual, but with these guys, he didn’t have to work so much. They are so good that they could learn naturally. Now they are ready for the Samba School visit on the weekend with RioLIVE! Activities. See more of this on our Facebook Page:

Come and join us next time!

See on the links below some of our past classes and discover how fun you are going to have as you learn to dance: