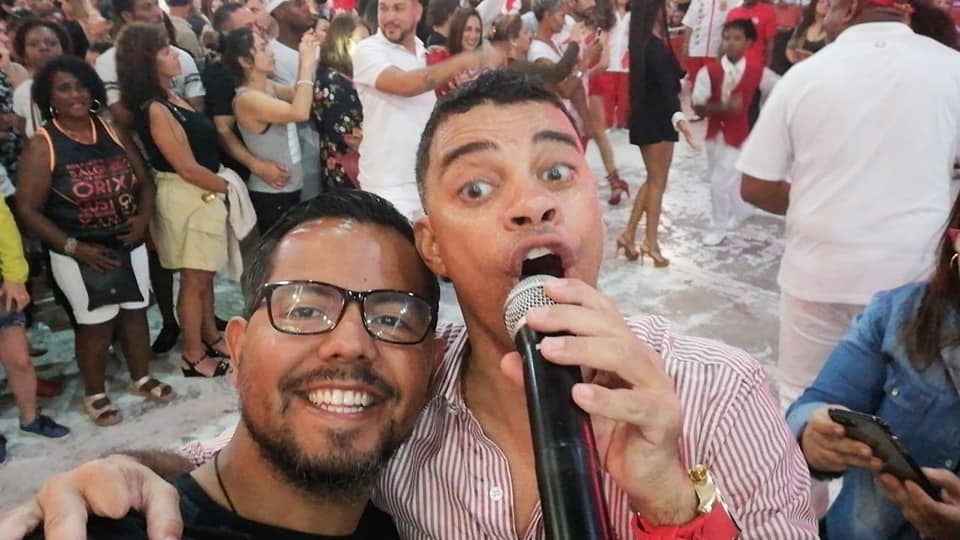 Portuguese Students preparing to dance in the Samba School in Rio!

Make sure you bring your dancing shoes to Samba school as there will be lots of dancing all night! You will have a great time seeing all the fast dance moves that the professionals show, as well as the amazing music you get to hear live.

You can even grab a photo with the main singer!

You just can’t visit (and study) in Rio without experiencing an amazing night at the Samba School in Rio. Our students couldn’t thank enough for witnessing the beauties of the Carioca night, so full of joy and fun! We grabbed flags, axes (really) and even Chinese paper lanterns, all that while we drank buckets of beer!

We all sang the school’s chosen song for the next Carnaval and tried at our own Samba steps, slow or fast, we did it our way, and believe it or not, no one will ever judge you in a place like that where everybody’s a friend.

Join us at our next Samba RioLIVE! here at Rio & Learn and become amazed by the heat of the Carioca Samba!

See more of our night at our Facebook Page: