Santa Teresa is our Home 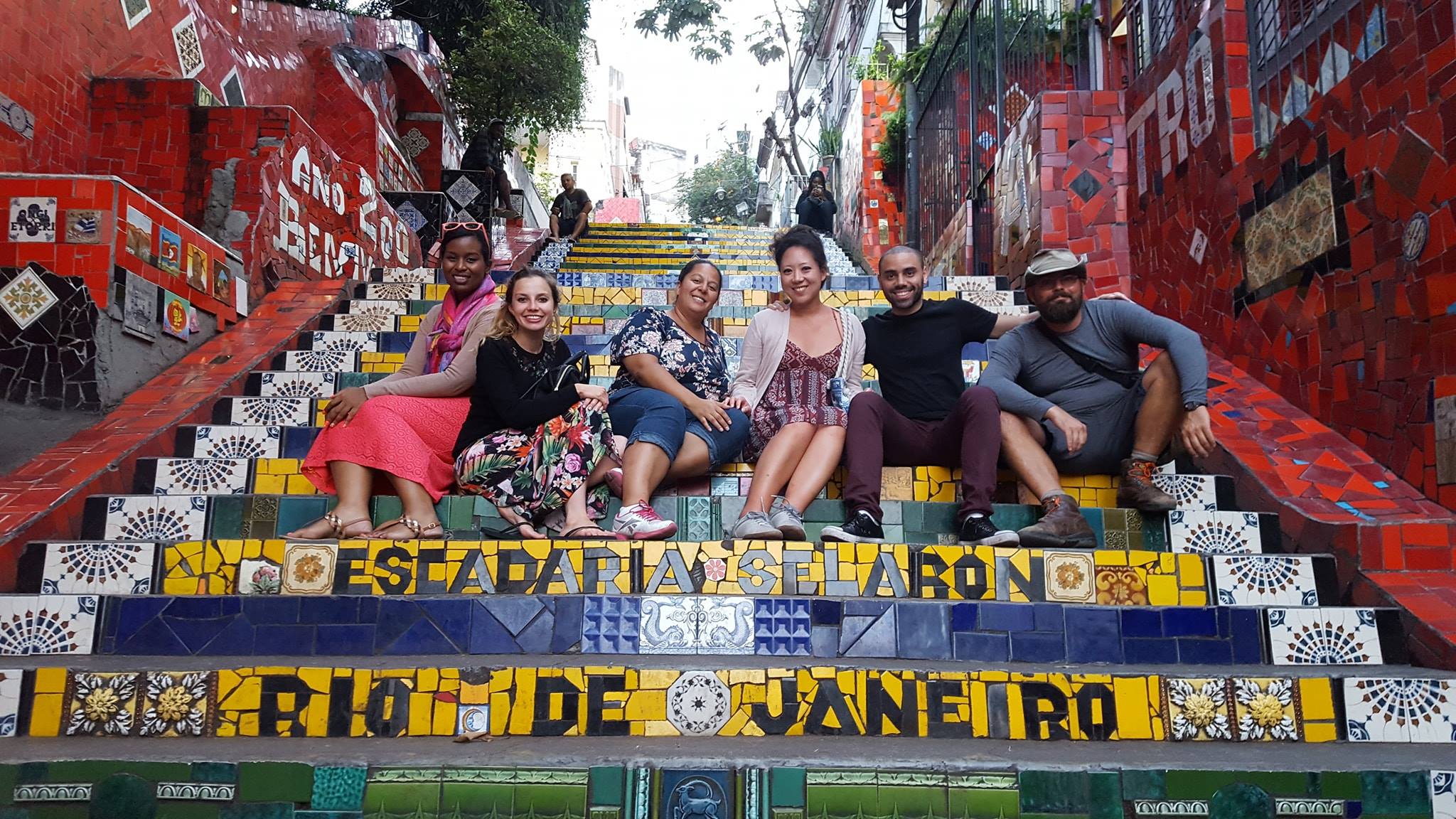 On Friday we visited my favourite neighbourhood of Rio, Santa Teresa. Even though I have been several times before, Rio and Learn introduced me to several new spots such as the Parque das Ruínas and its art gallery – this way I got to see Santa Teresa in a new way. Going up by cable car gives you spectacular views of the city. Together we all feasted on feijoao, had a great laugh, and of course practiced our Portuguese.  In the evening, our guides took us the beautiful Escadaria  Selaron.  We ended the night with some beers and caipirinhas in Centro, the best way to learn a new language (scientifically proven)!

There’s no better place to be in a Friday afternoon than Santa Teresa. Last Friday, on our RioLIVE!, we heard the Feijoada calling for our hungry stomachs. We got a table the 8 of us and ate as much as we spoke Portuguese, and that means a lot.

One of our students, Fabian, is really famous around the neighborhood. As he lives there in the moment, every clerk and waiter knows him by the name and can even tell what he is going to order. It has been his home but now Santa Teresa is our home too.

If you want see how was our RioLIVE!, check the photos on our Facebook page: