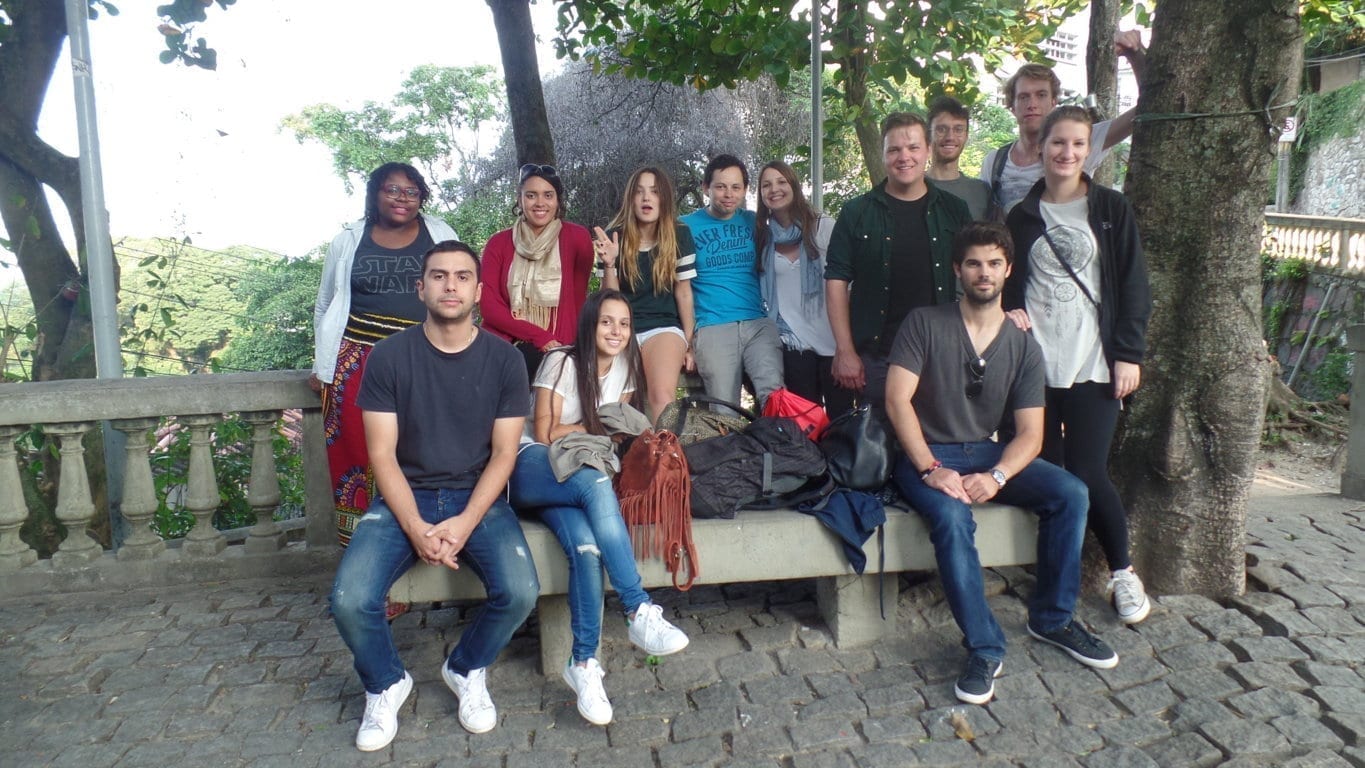 Last Friday we left Rio & Learn and went to see Santa Teresa Neighborhood, which is one of the most traditional places in Rio de Janeiro. Our students were very excited with the Photography competition on Instagram that Rio & Learn promoted, so they really took their time to take many beautiful pictures of the neighborhood. Our tour started at Largo do Curvelo, which is a place with a very sad history, since it is where the fatal Santa Teresa tram accident happened. The tram went through a major renovation, and now it is safer than ever. Soon after we walked to Parque das Ruínas, that is is famous for its amazing view. It is the meeting place for some carioca artists.
Soon after, we walked by the streets in the neighborhood and took the time to practice our Portuguese talking about the architecture of Santa Teresa. The main comparison was with Copacabana. In Santa Teresa it is possible to see houses that are opposite to the ones in Copacabana. To finish our RioLIVE!, nothing better than to have a caipirinha at Bar do Mineiro. This is how our Friday night started, since we had dinner together and went to Lapa.
Come have fun and speak Portuguese at the RioLIVE! activities. 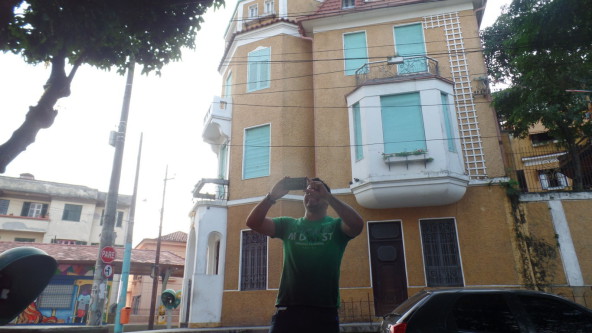 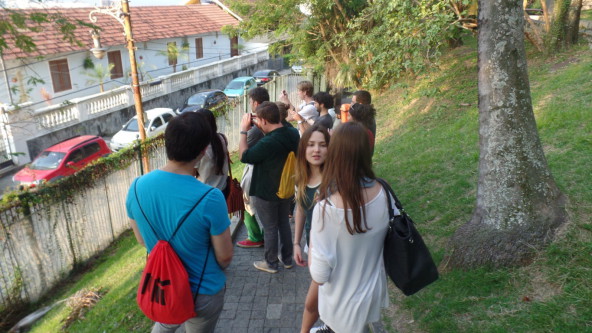 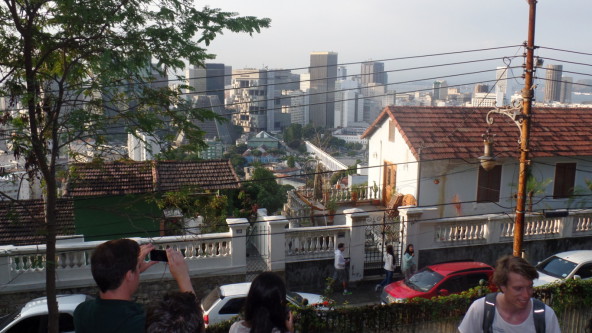 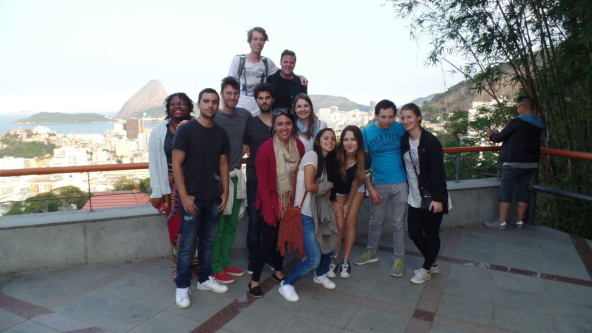 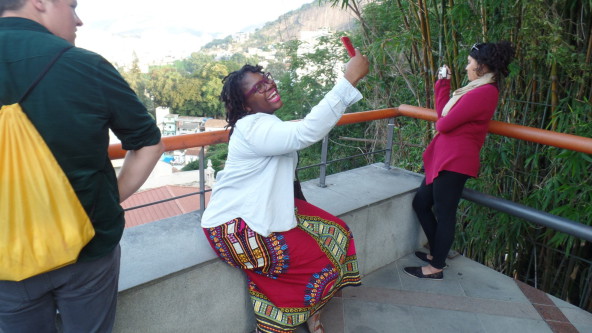 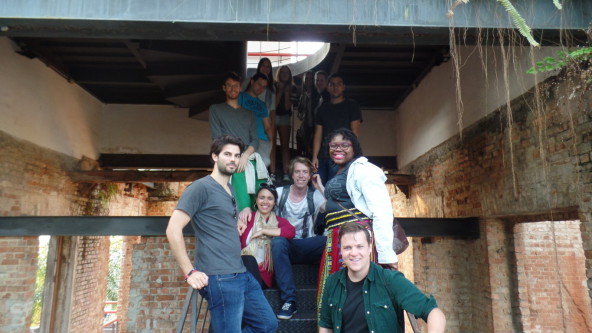 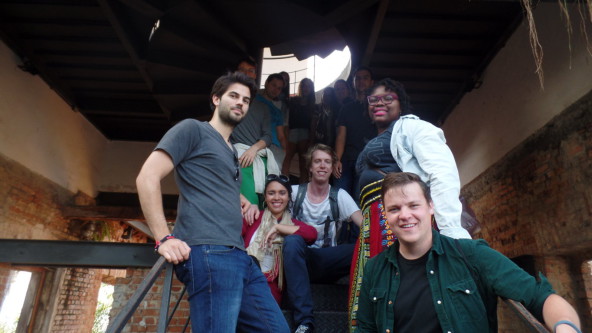 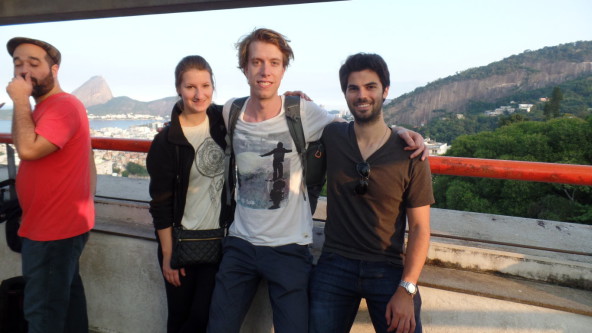 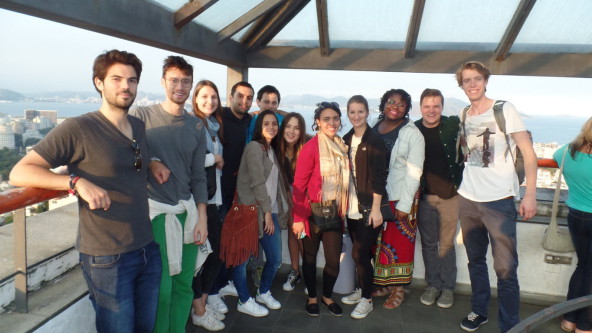 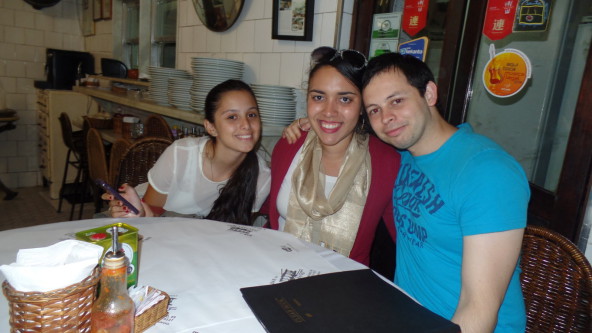 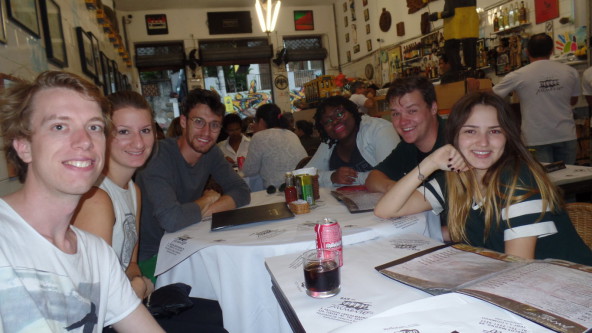 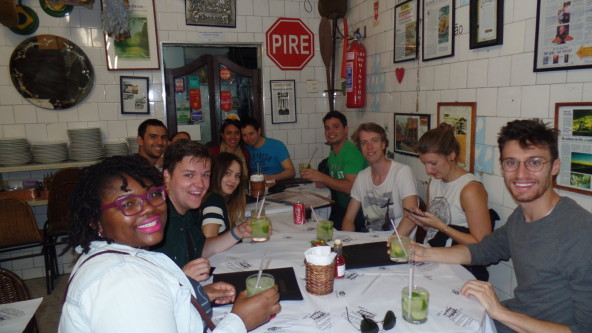