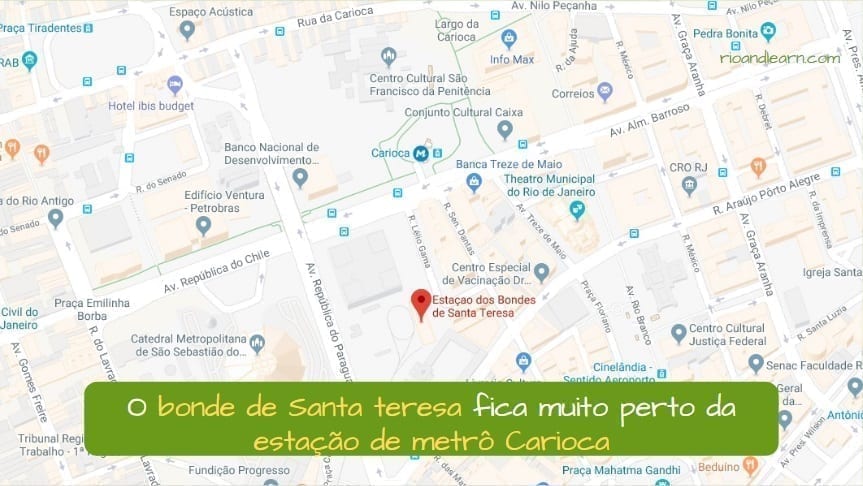 Hello galera!
On today’s Dica we are going for a ride on the Santa Teresa Tram. Have you heard about it?

The first trip of trams in Rio de Janeiro was in 1859, but they only started operating in electric system in 1891. Back then, as the tram was the main transportation system, it was possible to go to several different places in Rio.

The tram operated continuously until 2011, when due to a serious accident the service on the line was suspended. After some years of studying and restructuring, the new line, with new cars, reopened in 2015, just in time for the Olympics.

How to get to Santa Teresa Tram

Nowadays, the tram operates as a tourist attraction and if you want to go for a ride, the best way to get there is by subway. The Santa Teresa tram terminal is really close to Carioca subway station, so you just need to walk from there.

The round-trip ticket for the tram costs 20 reais, and you’ll have of the most amazing views of Centro do Rio de Janeiro.

Next time you come to Rio, join us on our Santa Teresa RioLIVE! We’ll take a ride in the Santa Teresa tram to get to know the history of it and have a delicious feijoada in this lovely neighborhood.

We’ll be waiting for you guys!
Tchau!