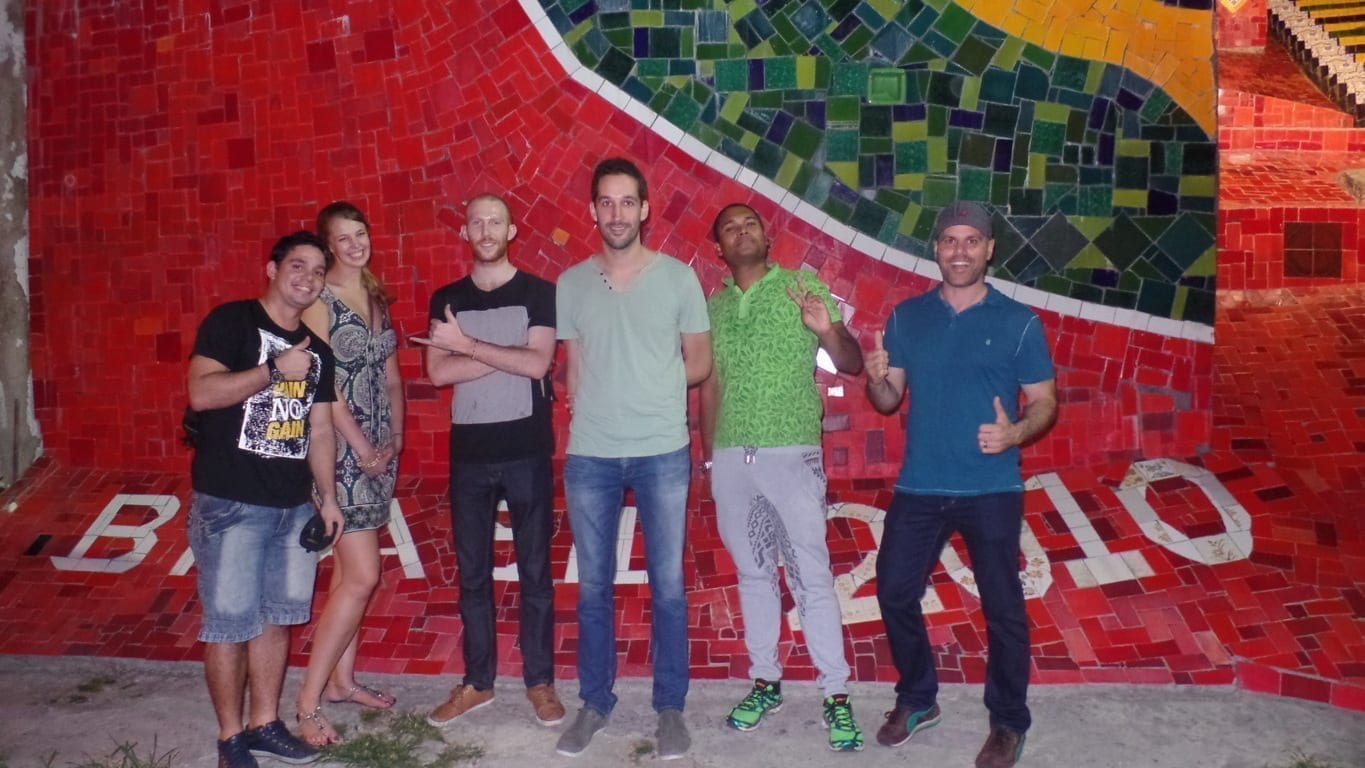 Pablo was our guide for a night out in Lapa (party central of Rio). This area is really colourful and buzzing especially at night. We hung out on the Escala de Selaron, the tiled mosaic staircase where Snoop Dogg and Pharell sat in the Beautiful video, and there was an amazing close-up magician. Then we saw the Arcos da Lapa aqueduct which had a street food market and lots of music and people dancing. We had dinner at a cool Brazilian restaurant, and then went on to the Caipirinha making class. I made a mango caipirinha and several normal ones. The caipirinhas were enormous, like the size of a soft drink at the cinema, and very sugary. Pure rocket fuel, I was bouncing off the walls 😉 Anyone who visits Rio HAS to go out in Lapa, it has good vibes and huge, cheap caipirinhas. As the Brazilians say it was ´Legal! 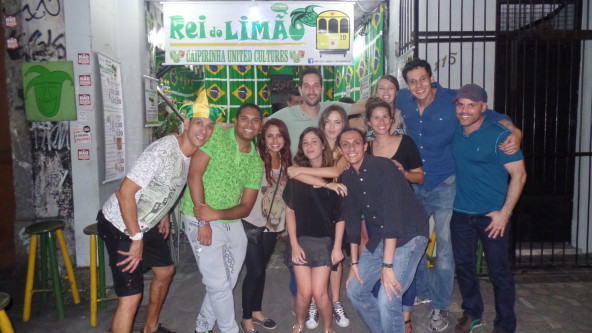 Portuguese language students learning how to make caipirinhas at Rei do Limão.
Last Friday we visited the Selarón Stairs and Lapa. We gathered at Copacabana, at Rio & Learn, and went to one of the most traditional neighborhoods in Rio de Janeiro. Our RioLIVE! started at the Selarón Stairs, a very Beautiful place build by Jorge Selarón, an immigrant from Chile. The place has tiles from over 200 different countries. With that in mind we launched a challenge: The students had to find a tile from their country. It was really fun, because with every tile found it was like they had won a championship or something!
Our activity went on to the Lapa Arches. The students asked many questions about the place and also got into the Olympic spirit, because there was a event doing the countdown to the Olympic games. We took the opportunity to speak Portuguese with the cariocas that were performing magic tricks at the scene, and our students had a great time. The most interesting bit was that while talking to the magician, the students asked him to speak Portuguese only.
To finish our magnificent night, we went to Rei do Limão to have a fun caipirinha lesson. We had a great time preparing our own caipirinhas, the first one! Besides the traditional lime caipirinha, the students experimented with many other fruits and, at the end, made delicious caipirinhas. Being able to see the Selarón Stairs and Lapa was a great way to enjoy our Friday night.
Come have fun and speak Portuguese at the RioLIVE! Activities! 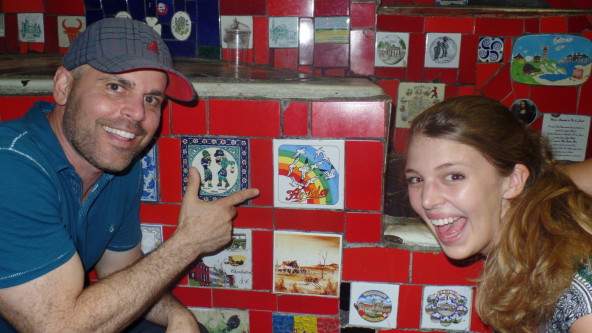 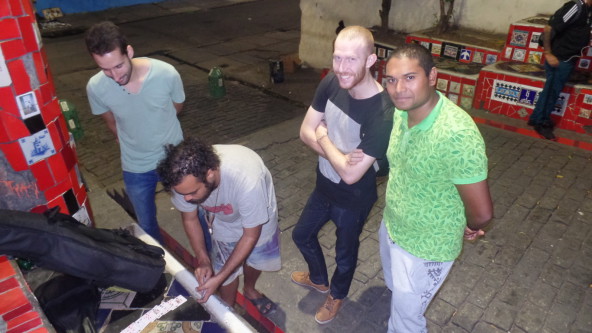 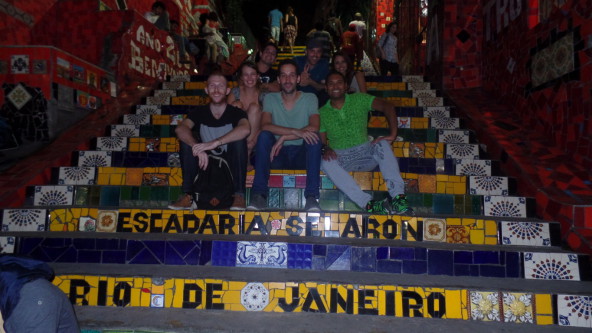 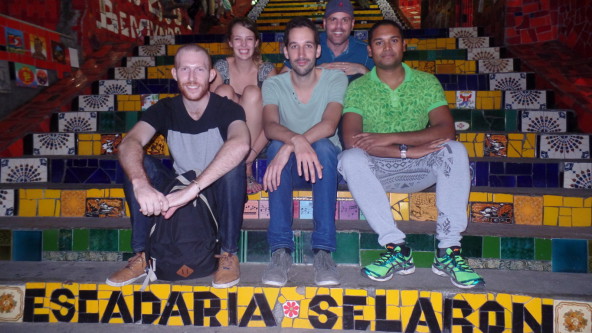 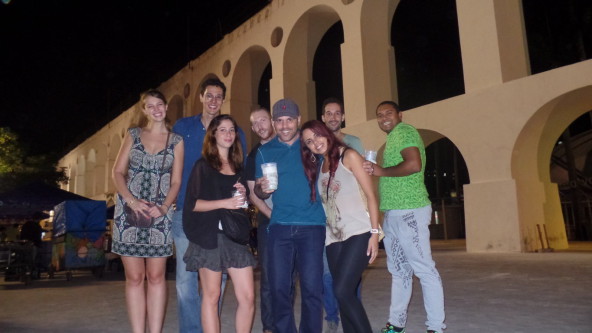 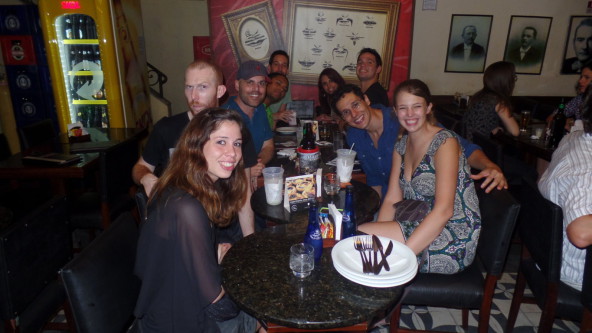 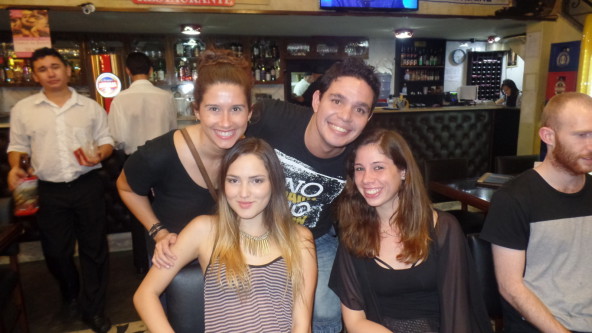 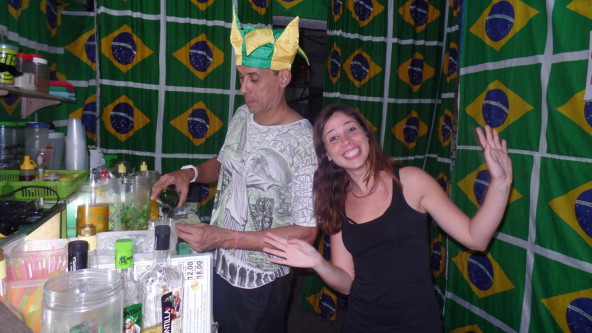 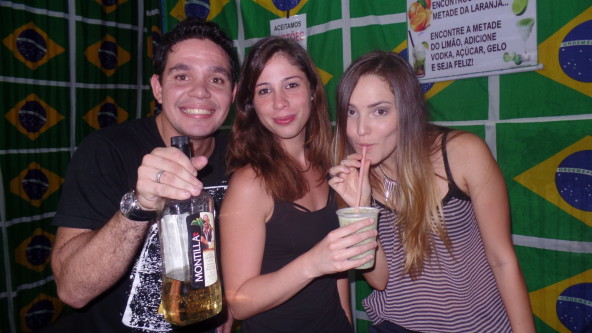 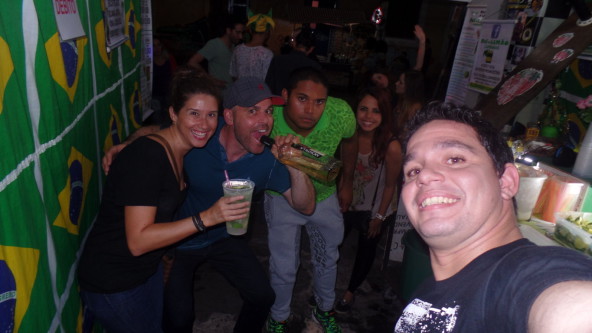 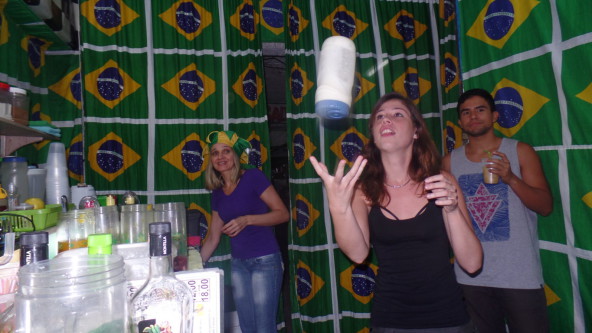 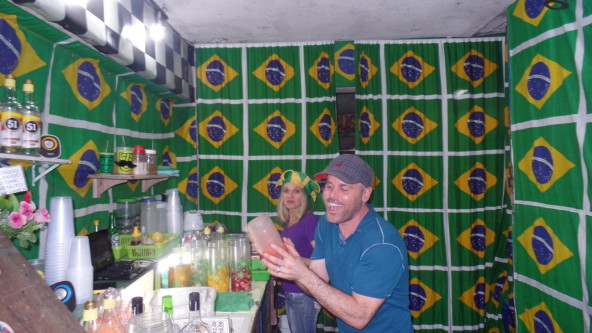 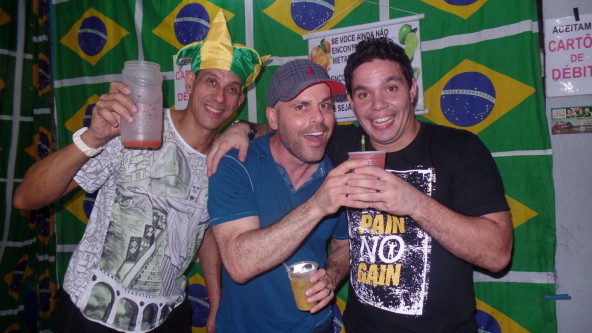 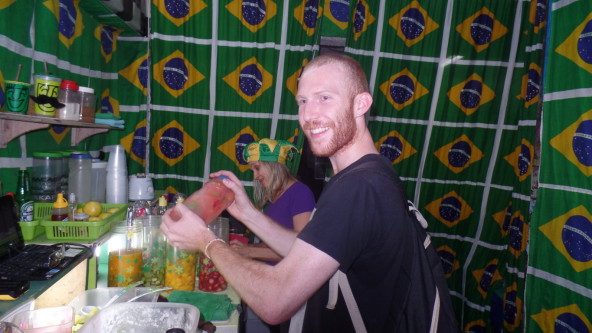 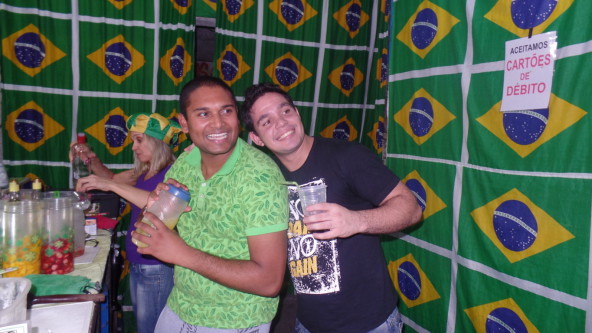 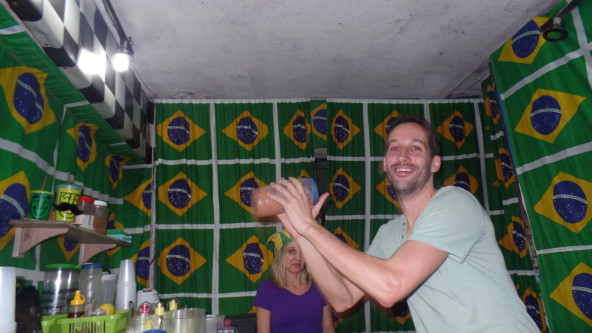