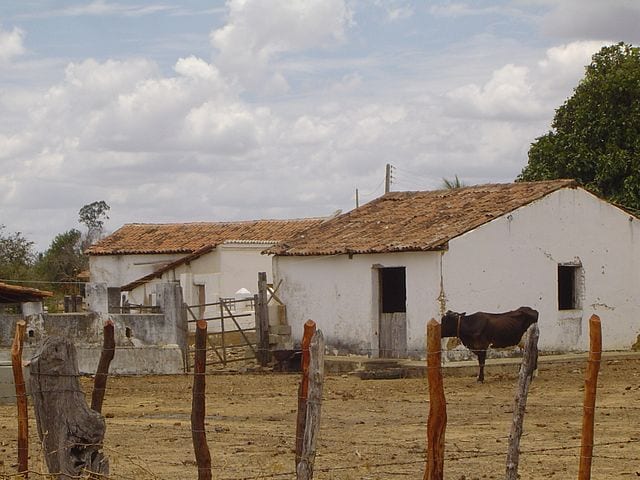 Sertanejo: the people, the music and the way of life

Have you ever heard the word sertanejo? Do you know what it means? There are a lot of things that are associated with that single word right there. Once and for all, what is the meaning of sertanejo? What about sertanejo music, and culture? Today’s Dica is all about this – after all, it’s Sertanejo day in Brazil.

The People of the Sertão

Whenever we use the word sertanejo in Portuguese to refer to people, we are talking specifically about the people who live in the sertão. But what exactly is that? Well, sertão is a desert-like area in Northeastern Brazil. It’s known for its annual droughts, and, sadly, for its poverty too. Due to the harsh conditions of the sertão, these people are known for living a very simple life raising cattle and planting in order to sustain their families.

However, that’s no reason to think that the Brazilian sertão is only negative. It is known as a region where poetry is appreciated and many people are well-versed in it. Sertanejos are kind, hospitable and have a heart full of hope. They are determined, religious, courageous and at the same time very superstitious.

The sertão and its people were also the inspiration for many great narratives, some involving the region’s history like that of cangaceiros such as Lampião. Notable Brazilian writers who wrote about the sertão include Guimarães Rosa, Euclides da Cunha and Graciliano Ramos.

Sertanejo is one of the most popular musical genres in Brazil, surpassing even samba. It’s essentially Brazilian Country Music, and it began in 1910 with urban and rural singers that mainly used the viola, a typical 10-string Brazilian guitar, in their songs. It’s usually performed by two singers, both playing violas.

When sertanejo first started, it was called country music (música caipira). The songs spoke of life in the countryside, with its beauties and its hardships. And even though it’s been a while, the fans are still going strong, trying to preserve what is now known as sertanejo raiz (roots of country music). One of the most famous duos of the time was Tonico e Tinoco, and you can check out their fan website here.

After World War II, new musical instruments began to show up in sertanejo songs. This is also when stars of the genre, such as Milionário e José Rico, arose as well. And as Brazilian country music became more popular, women began to take to the stage, too. Duos such as Cascatinha & Inhana and Irmãs Galvão obtained significant success in the 1940s and 50s.

Later on, sertanejo music was influenced by American country music, Elvis Presley and the cowboy looks from old spaghetti movies. Brazilian country music artists decided to use electric guitars, and wrote lyrics that were more romantic and melodramatic. In the 80s, there were big names like Zezé de Camargo y Luciano, who filmed a biography about their lives in the sertão; Chitãozinho e Xororó, with the enormous hit Evidências; Leandro e Leonardo, Rick & Renner and much more.

This sub-genre came about as a way to reach a younger crowd. It focuses on teenage and young adult life, parties, college, and mostly care-free romantic relationships. It’s now probably the biggest sub-genre of sertanejo. Some of the Brazilian country singers of this kind of music include: Gusttavo Lima, Marília Mendonça, Luan Santana, and Jorge & Mateus.

So we’ve mentioned some of the greatest Brazilian country music artists there are, but we haven’t talked much about the música sertaneja songs. You’d be surprised to find out you may actually know the lyrics to at least one of them. Check it out:

So we’ve talked plenty about sertanejo music, people and culture. But we still haven’t really explained what sertanejo day is all about. It was a radio event made to honor country folk and customs. And it all started because of a tradition that Brazilian country music artists had back in the 60s.

On May 3rd, sertanejo singers and musicians go to the city of Aparecida in São Paulo to attend a mass in honor of Our Lady of Aparecida (Virgin Mary), patron of Brazil. After the religious ceremony, they’d all gather together and play. And so the date gained significance in sertanejo culture.

But that doesn’t mean you can’t experience sertanejo culture when visiting Rio de Janeiro. The Feira de São Cristóvão is a great place to experience country music and food in the city. That’s one of the many places we like to visit during our RioLIVE! activities. Join us someday!

And that’s all, guys! Get into Brazilian culture by listening to one of the most famous genres around!
See you on the next Dica!