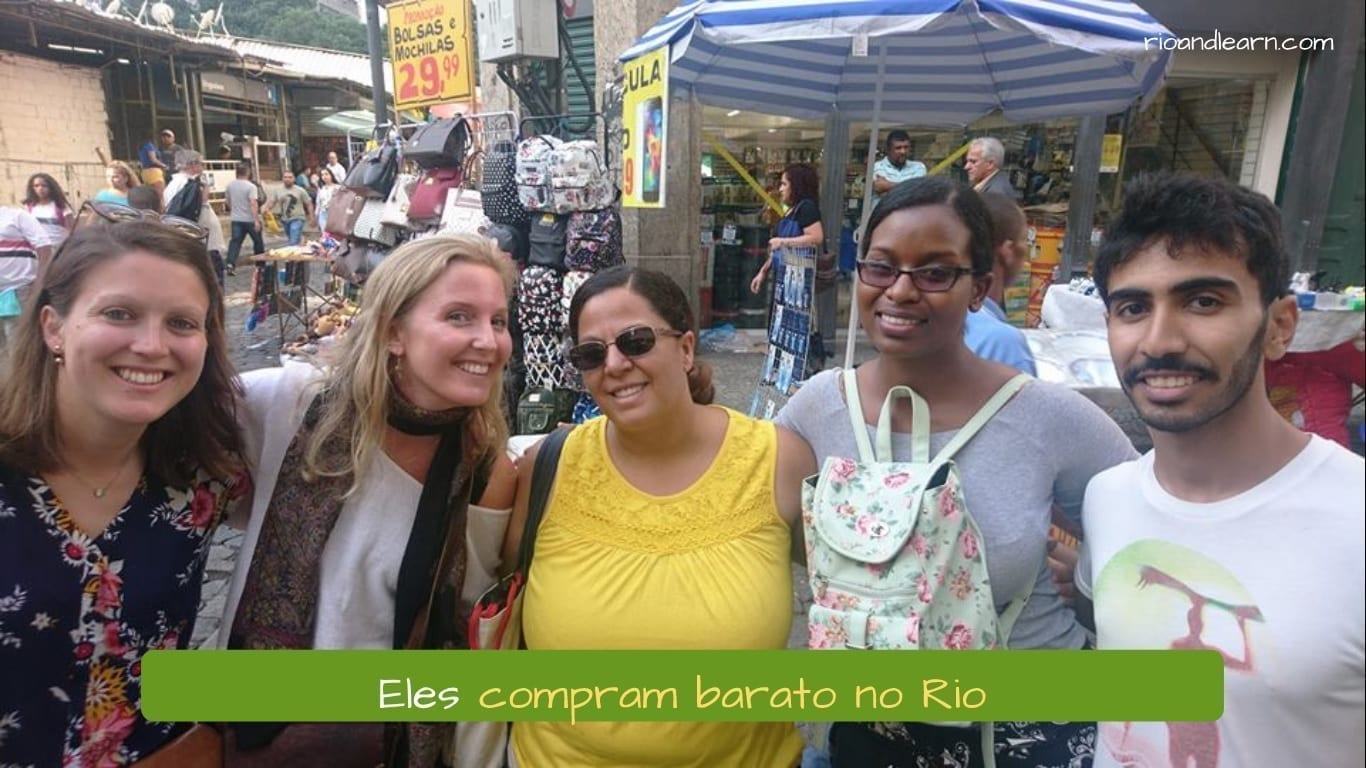 When we talk about money, we’re all speaking the same language, right? Universally, it’s a human thing to go hunting for the cheap. In Brazil that’s so true it’s almost a religion itself. So, where can I go about Shopping in Rio de Janeiro? Come closer and I’ll tell you the best spots!

The famous neighborhood known for the iconic song Garota de Ipanema by Tom Jobim houses some great places with affordable prices in clothes, jewelry, art, food and even furniture.
Start by its main street Visconde de Pirajá, by the Metro station General Osório and stay on track that you’ll most certainly find great prices in a lot of things, mainly fashion stores.

Not only that, every sunday, Ipanema hosts the famous Feira Hippie, a fair specialized in manually made merchandise, such as bags, acessories, paintings and clothes. It’s great and has this awesome name speaking of love and peace.

Stilll speaking about the south region, let’s walk further from Ipanema and arrive at Leblon. Let’s be honest, not the cheapest place, but it holds such a great fair called Feira Orgânica do Leblon. It’s a fair focused on selling fruits, vegetables sweets, street food and much more! Go with an empty belly and ready yourselves for a feast! Also here you can find the more exquisite and expensive stores in town, with great brand names.

Uruguaiana names not only the Metro station but a market right at the city’s heart, filled with stalls and little alleys where you can find from electronics to clothing, and it’s famous for its obscure and nearly illegal practices. So if you’re looking for something irregular, that’s your place.

Next to Uruguaiana there’s a name that fills the heart of every Carioca chosen by all when Shopping in Rio de Janeiro Saara, named after that big desert, and not too far away when you feel Rio’s afternoon heat while shopping on Saara’s streets. It’s a commercial center, composed of some main streets like Rua Regente Feijó and Rua da Alfândega. It ranges from cheap accessories, clothing to tattoo parlors and restaurants.

A piece of Brazil’s northeast in Rio, founded from workers that came to Rio and got together at that place to revisit their former culture, it’s a fair filled with artistic and culinary wonders from that region, it’s a whole trip while not even leaving Rio in the first place.

That’s all for today, guys! Hope you have a great time Shopping in Rio de Janeiro. Stay tuned for tomorrow’s A Dica do Dia here at Rio & Learn! and don’t forget to follow us on Instagram, Facebook and Youtube. See you later!