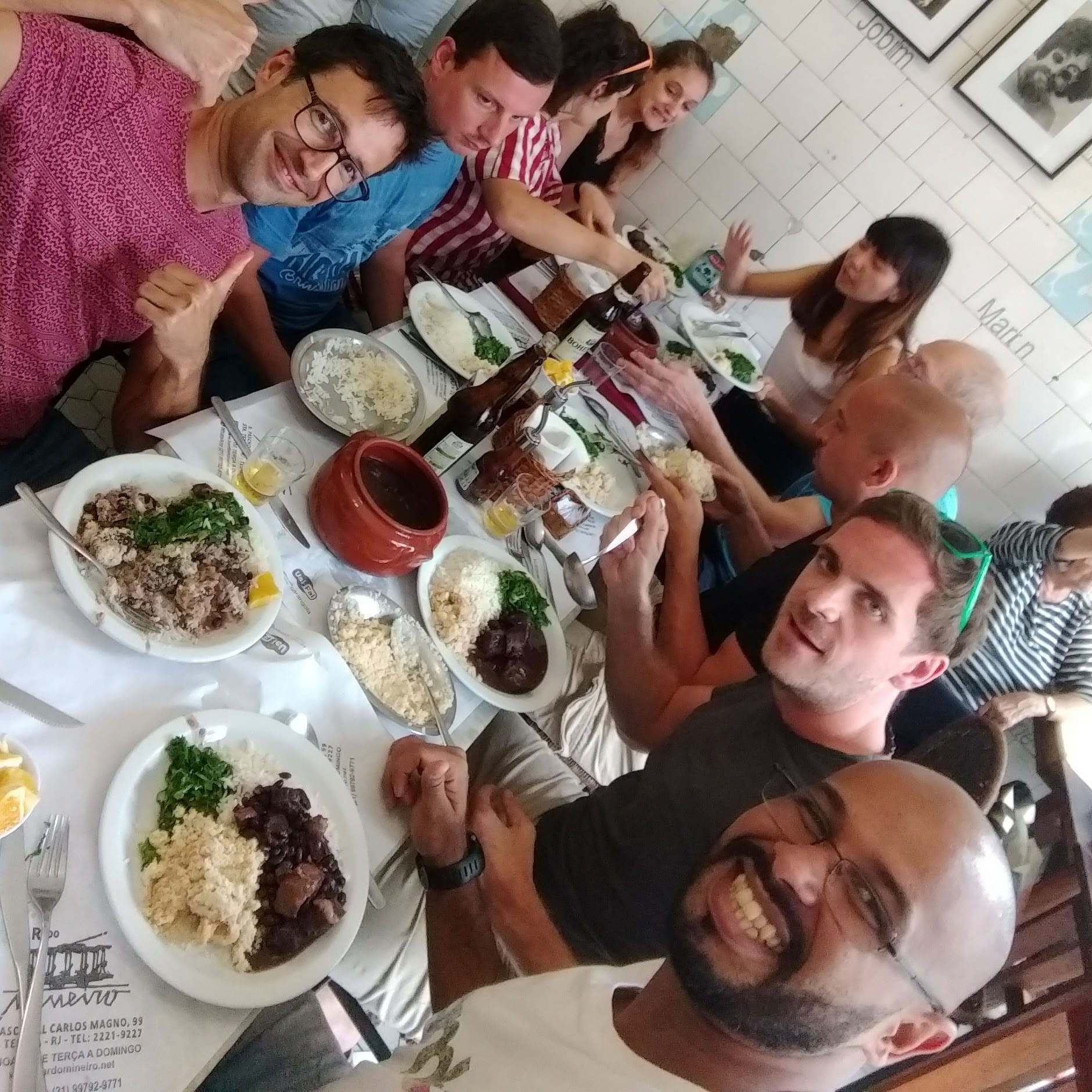 I was impressed with the beauty of Santa Teresa. Clearly it is an artist or bohemian community. The buildings, shops, and restaurants are picturesque. The cobblestone streets and colors of the houses are charming.The views of the city from up there are amazing. What a beautiful city! The ride on the bonde up and over the aches of Lapa was a highlight of my week. I want to return there soon.

It was an awesome friday afternoon and we were walking around Santa Teresa and its wonderful spots.
First of all we got the historical bondinho which was a great trip inside the neighborhood until the Bar do Mineiro where we had the best Feijoada of Rio de Janeiro. Then we walked to Parque das Ruínas for the viewing to the central area and also for the sugarloaf mountain.

Take a look on our Facebook page for more