What’s up, galera? How are you doing? On our Dica of today we are going to talk about Sócrates footballer. One of the best Brazilian players in history, not only for football but also with his political ideas.

Sócrates Brasileiro Sampaio de Souza Vieira de Oliveira was born on February 19th, 1954. Started playing football when he was 16, but he became famous and a major player when he moved to play at Corinthians. But besides playing football at 16, he also went to the medical school in São Paulo. He could keep both activities until he graduates in 1977 and then continuing with his football career.

Corinthians was the club where he had his best moments, he helped them to win regional titles and started a movement that was part of big change in Brazilian football history, Democracia Corinthiana. He was also part of the Brazilian dream teams at the World Cup in 1982 and 1986, even not winning the tournaments. 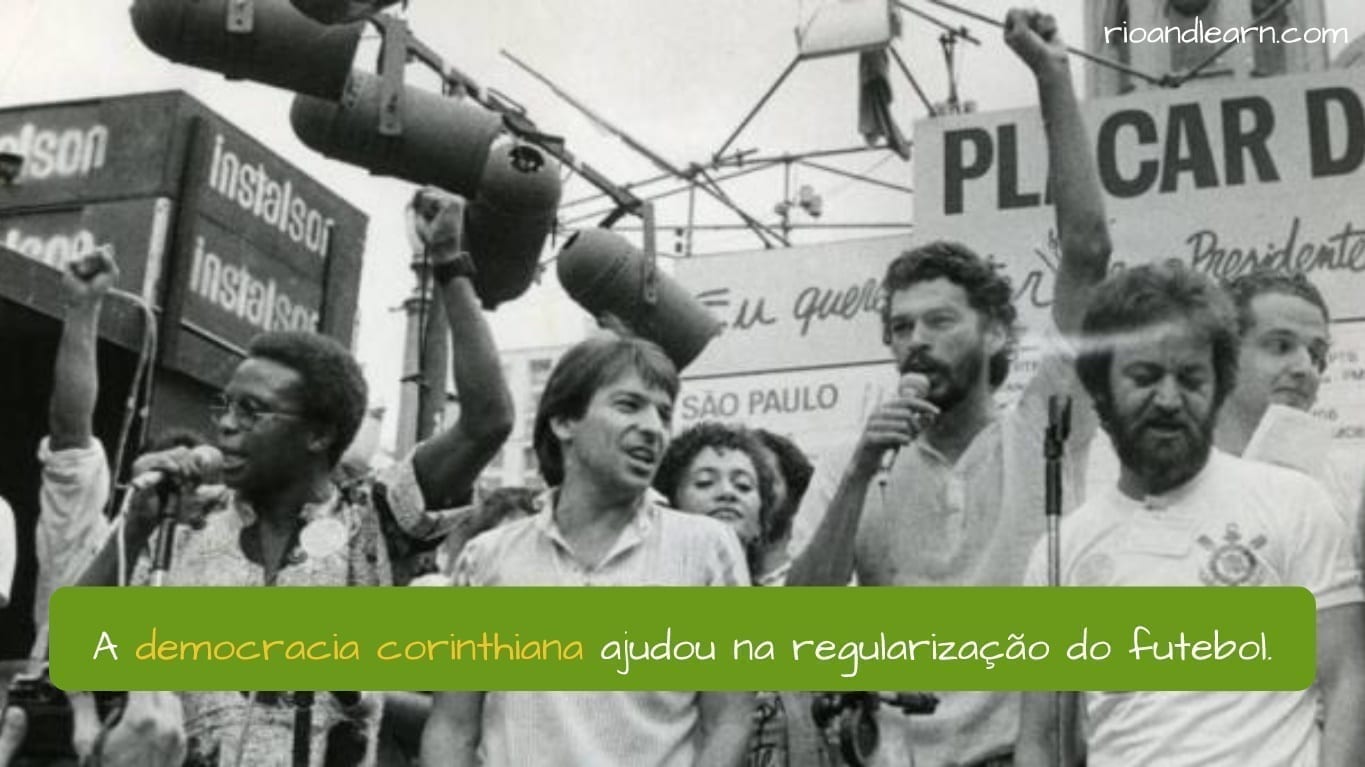 Democracia Corinthiana (Corinthians Democracy) was a movement formed at the 1980’s by players who fought to change some football dogmas and get more rights and rules among clubs and players.

Things such as freedom of speech about politics inside the club, regulations about hiring players, salary, labor rights etc. This movement was also famous because they got connected to other ones, for example the movement for elections in Brazil, as back then the country had a military government and people didn’t have the right to vote.

Unfortunately Sócrates died on December 4th, 2011 at the age of 57. He will always be remembered as a classic, skilled and intelligent man and player. Specially for his job as a doctor, that’s because many players don’t get the chance to study very much. He didn’t win a World Cup but he is also remembered for being part of a great Brazilian team.

Sócrates with the Brazilian Team

Sócrates was part of the Brazilian Team at the World Cup of 1982, known as a dream team although it didn’t win. He played with Zico, Falcão and many others great players and put his name in football history books.

Most important titles with Corinthians

Answer the questions according to what you learned with this Dica.

That’s it! We have just learned about Sócrates footballer. If you want to know more about Brazilian football and players, subscribe to A Dica do Dia. Go also to our Instagram and Google+ and see what’s going at the school.