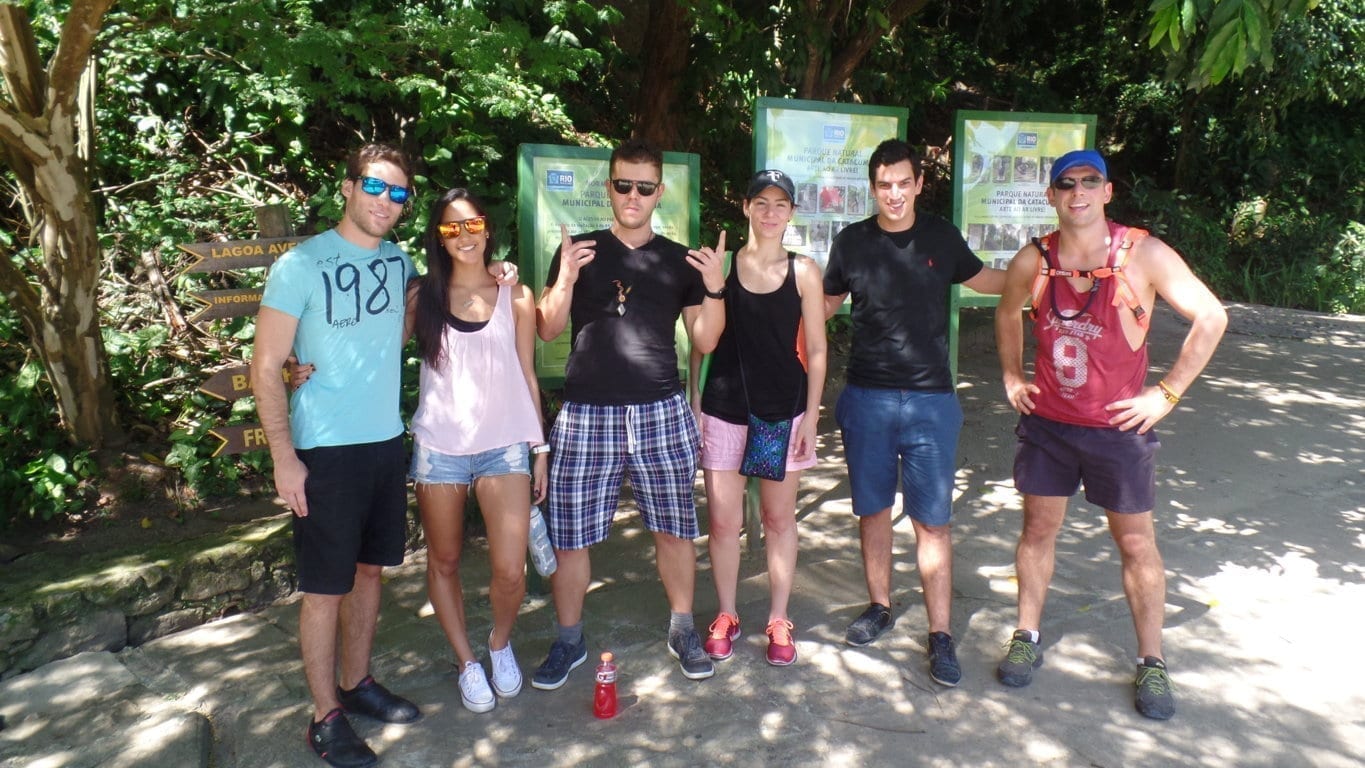 Last Wednesday our students spent a beautiful afternoon speaking Portuguese in Lagoa. The place is very beautiful and yesterday, as the weather was perfect, it seemed that the place was even more beautiful too. We started our RioLIVE! doing a small trekking at Parque da Catacumba, a place full of stories that made our Portuguese students ask many things about them. While they were speaking Portuguese in Lagoa, the students took many pictures at the top of Parque da Catacumba. From up there, it is possible to see Cristo Redentor, Morro Dois Irmãos, Pedra da Gávea, Jardim Botânico, Ipanema, Leblon and Favela Santa Marta.
Right after that, our adventure continued and we went to Lagoa to ride our bikes around Lagoa Rodrigo de Freitas, it was very funny, we took many selfies and we joked a lot, the students asked about the neighborhoods that we passed by, with each stop, a perfect moment to speak Portuguese and have fun. It was a very funny day that we spoke some Portuguese, visited Lagoa and also some touristic places in Rio de Janeiro.
Come to know Rio & Learn and take part in our RioLIVE! Activities. You will speak Portuguese and have fun at the same time. 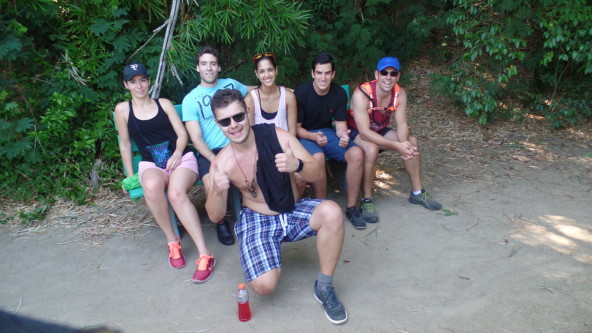 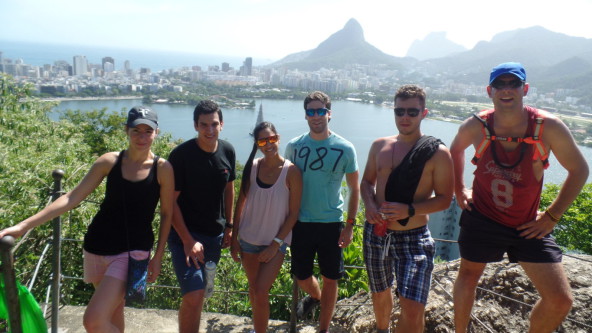 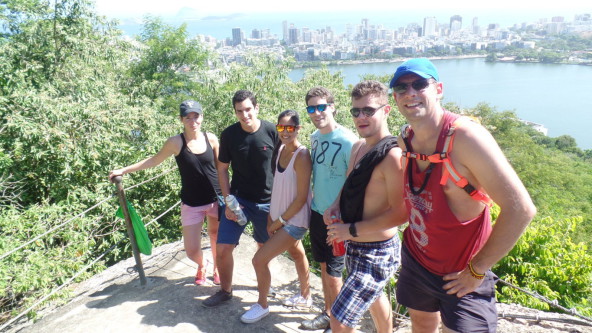 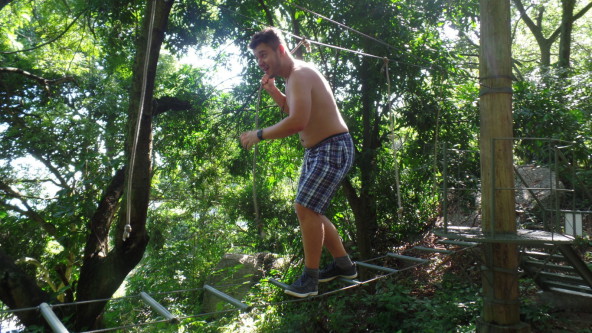 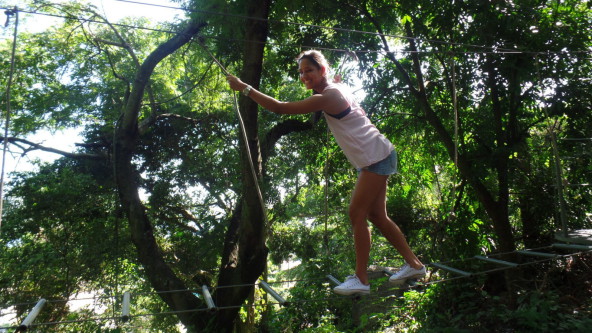 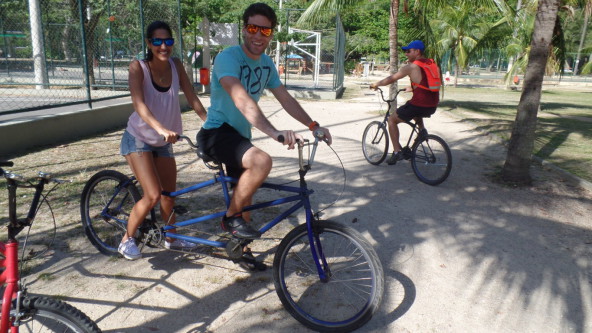 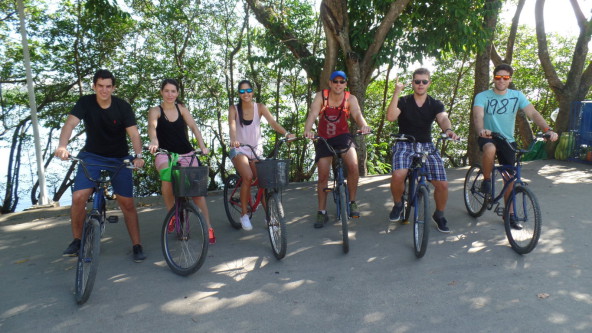 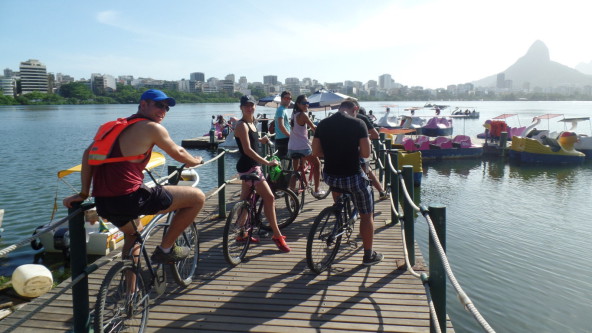 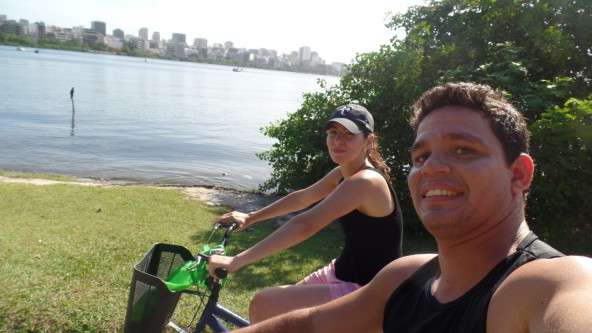 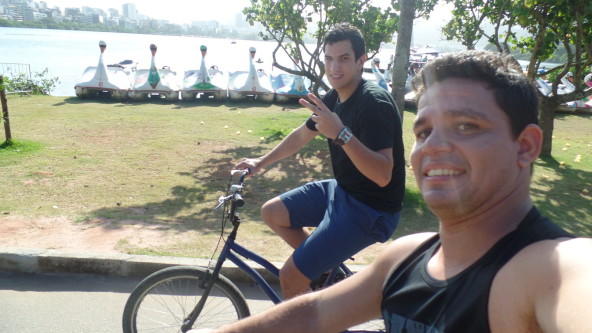 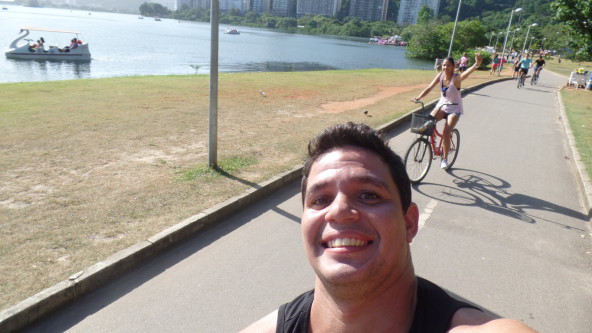 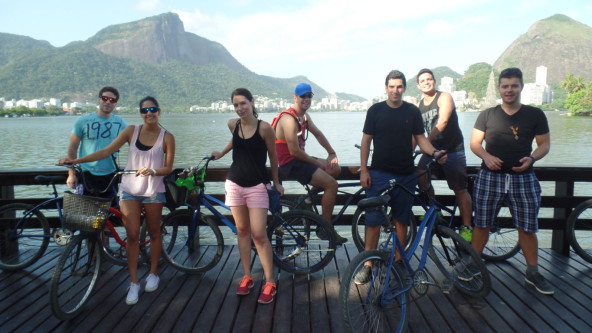