O Maracanã? Yeah, Sunday´s RioLIVE! was spent watching an intense game between the famous Carioca team Flamengo and the Paulista team Santos live from the world famous stadium. From the metro you can see all the fans drenched in red and black clothing, chanting to the Mengo pride and although it was my first time I even heard about the Flamengo team, I felt the excitement. When the clock struck 4, the whistle cued the game and the crowd intiated its cheering, which did I mention never stopped throughout the two hours. Although the game ended with a tie, it was a once-in-a-lifetime experience that everyone should try, despite your team of choice. All I know is that after Sunday, I´m now part of the Flamengo Family. Vamos Mengo!

Our RioLIVE! at this time was done on Sunday. We went to Maracanã to watch a beautiful football match between Flamengo and Santos. The match was very exciting during the 90 minutes. On the way to the stadium they could sing the songs that the fans use during the matches, it was a very good Portuguese practice.

When we got into the stadium, the students were very excited with the 60.000 people attending there, specially our student Vincent, because it was his first time in a football stadium. It was an amazing afternoon, because we talked in Portuguese, had fun and visited one of the biggest stadiums in the world.

To finish our Sunday, we went to Nova América Shopping Center, located at the north zone of Rio de Janeiro to enjoy a great traditional Brazilian party. where our samba teacher (Castro) made a nice dance presentation. It was really a wonderful Sunday. 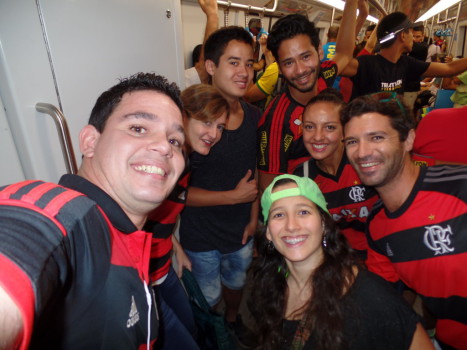 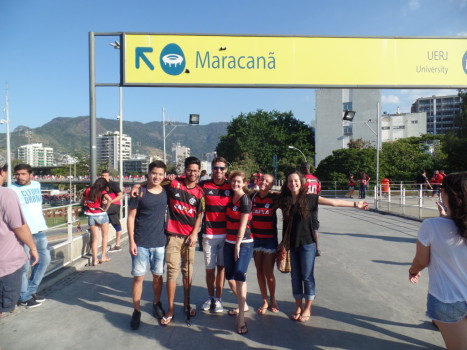 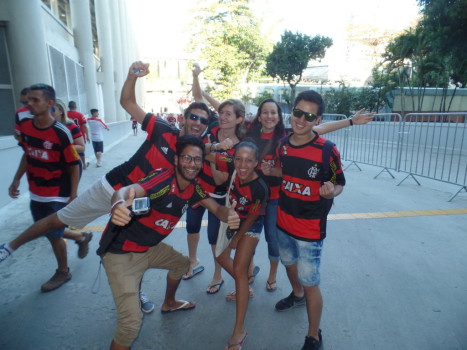 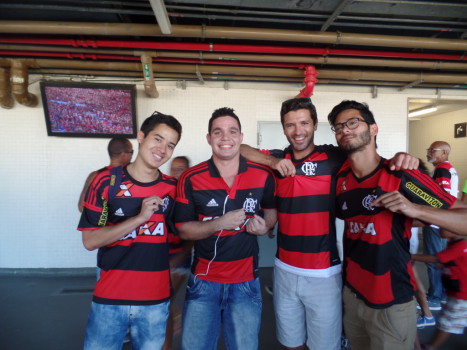 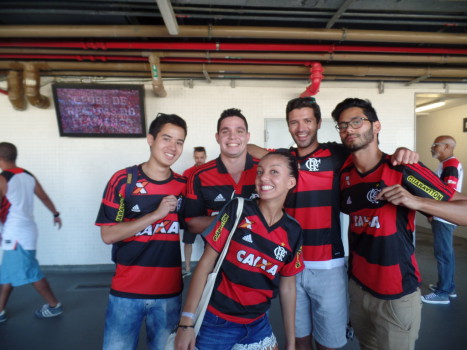 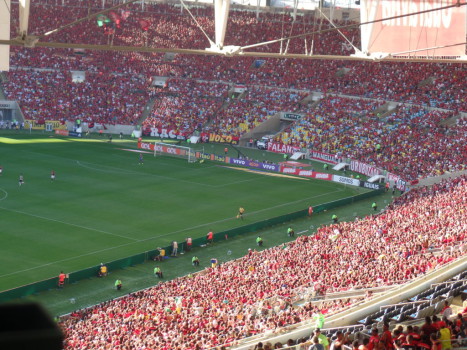 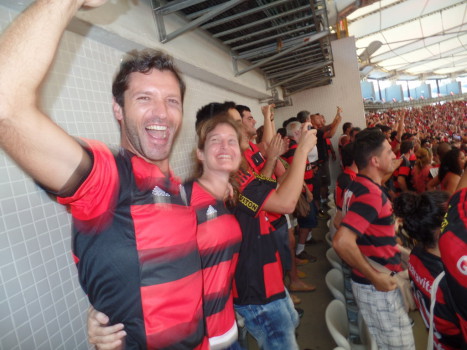 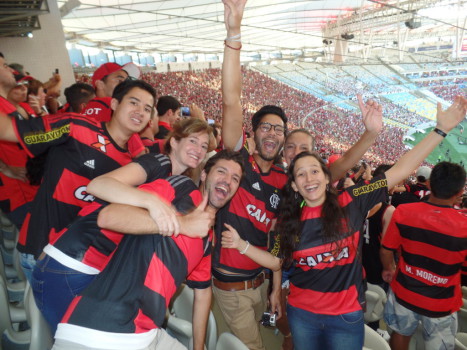 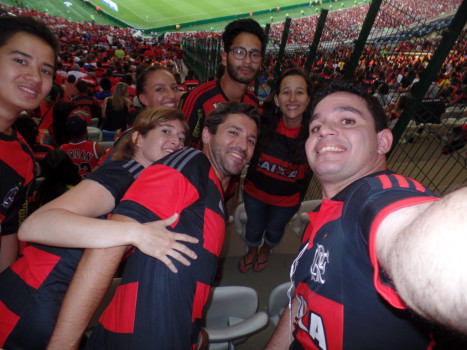 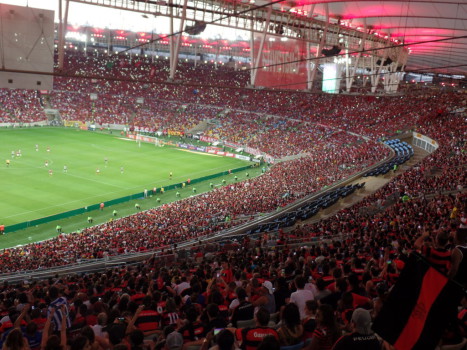 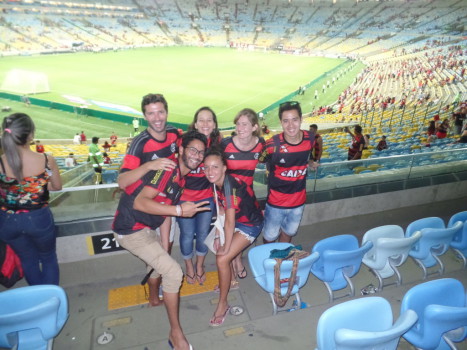 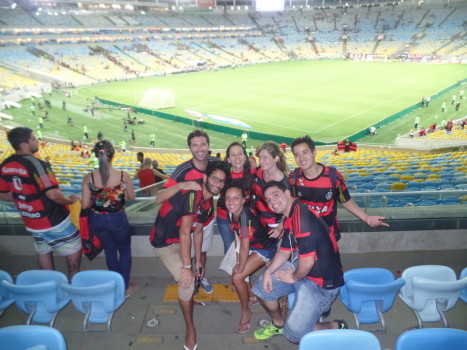 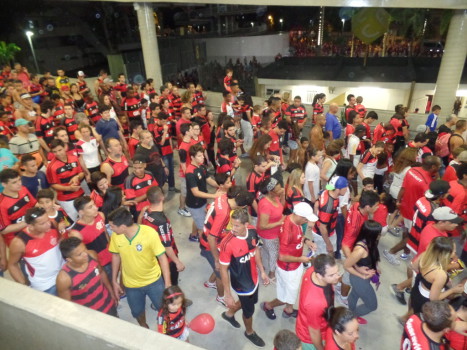 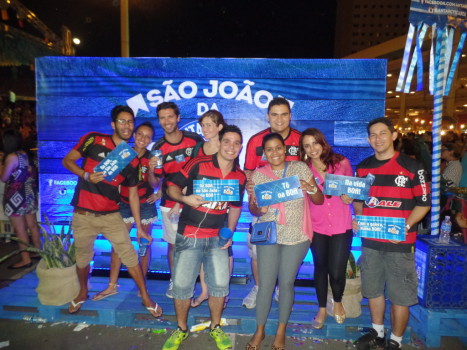 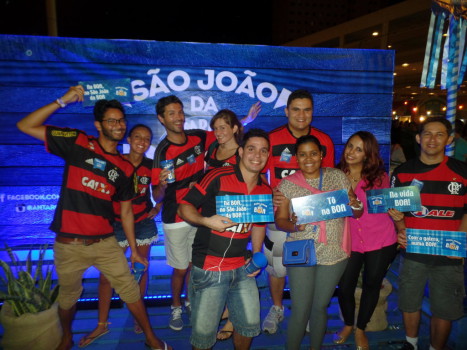 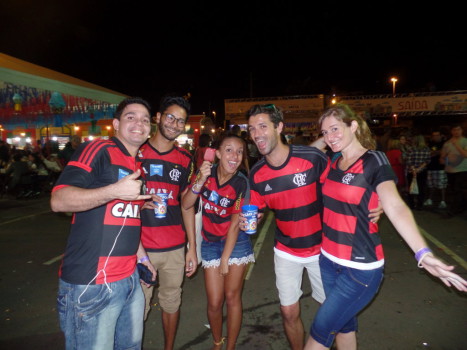