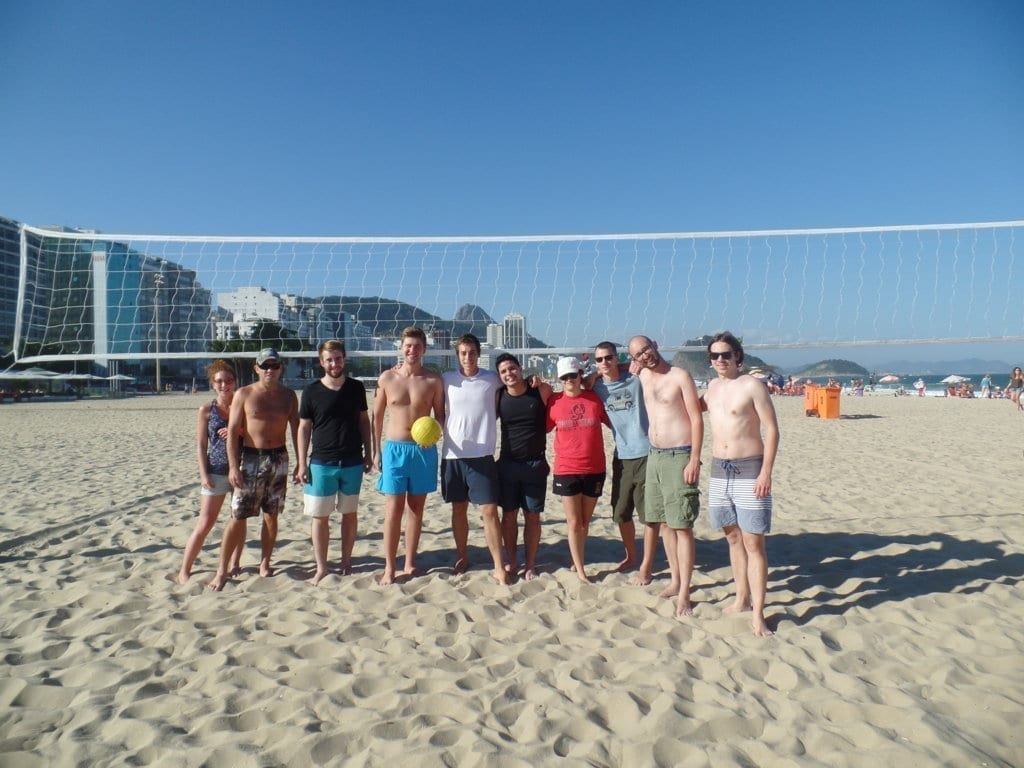 Having a sunny afternoon in Copacabana would be wonderful, so, imagine yourself getting together with other Portuguese students to enjoy the wonderful weather in Rio de Janeiro to play beach volley and speak Portuguese. That was our RioLIVE! at this time, we gathered at Rio & Learn which is very close to the beach and walked until there.

Right in the beginning the students asked in Portuguese about the sport’s vocabulary. Our student Andrew, made us laugh a lot shouting the word “attack” whenever his team made a point. It was a strong challenge. Because of the heat, we did a small pause to refresh and drink some beers.

The students interacted all the time and could get to know each other a little bit better. In the end of this RioLIVE! the students were talking and setting up activities to do at night. Come you too to talk in Portuguese and have fun taking part in our RioLIVE! Activities. 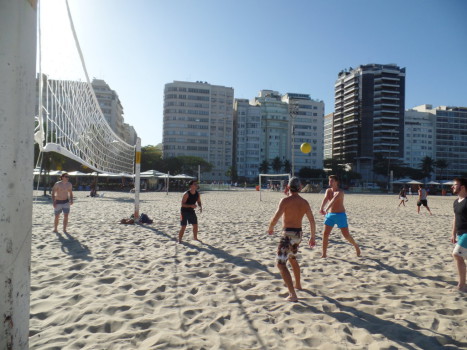 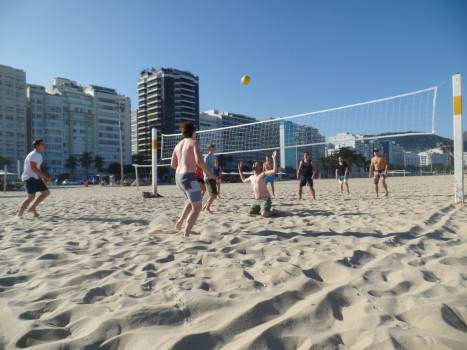 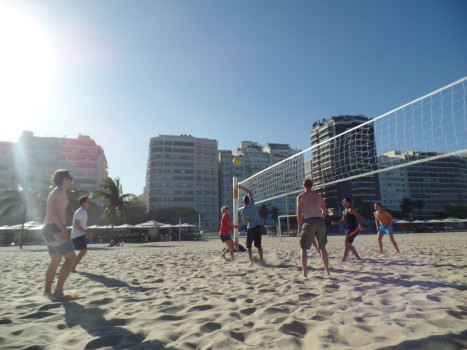 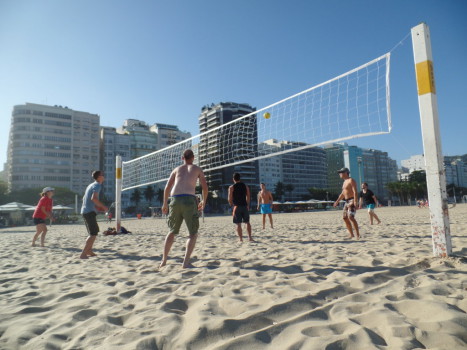 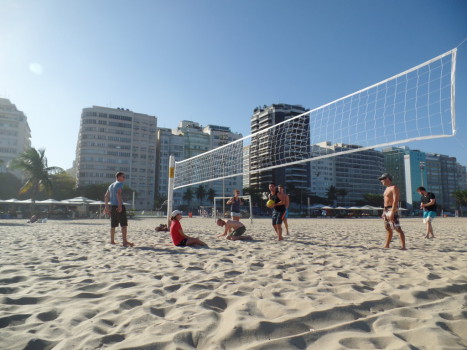 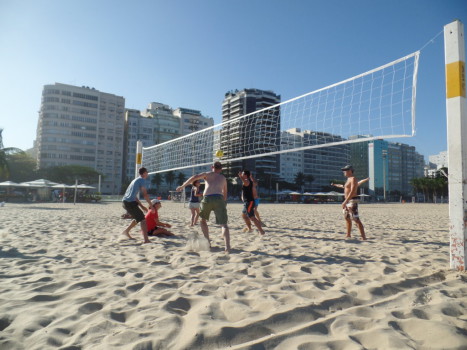 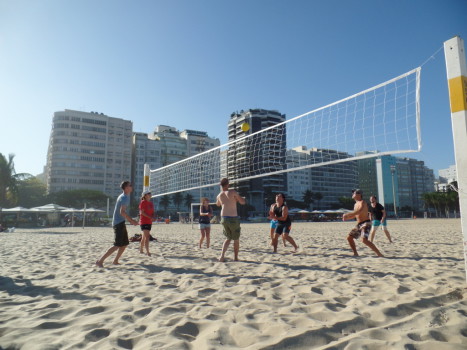 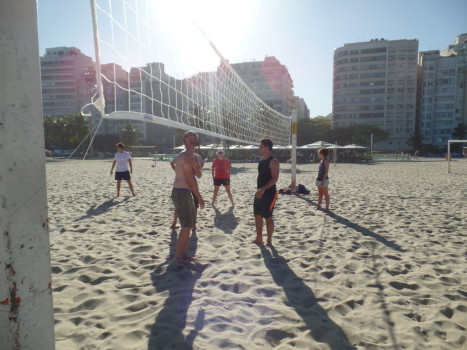 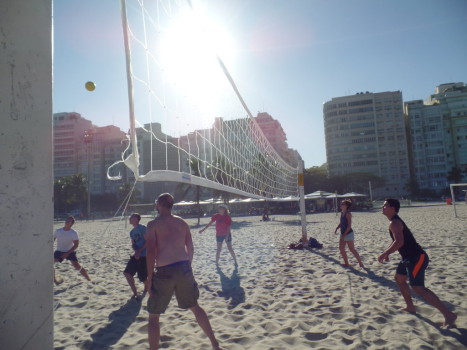 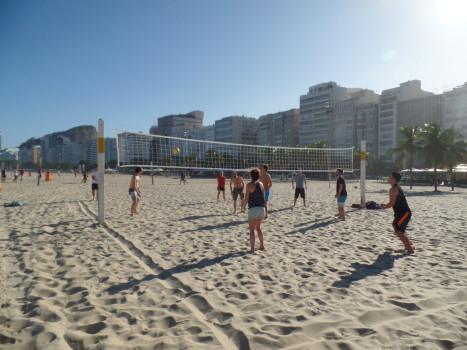 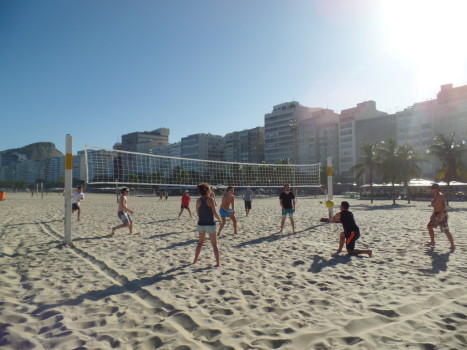 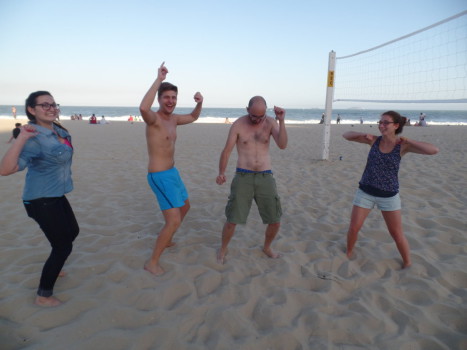 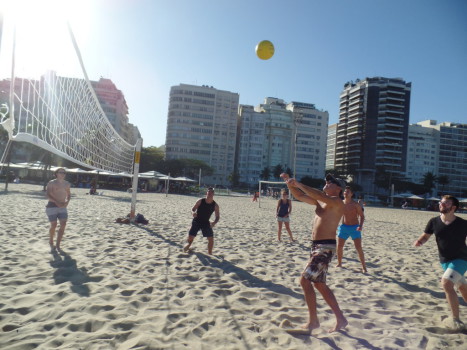 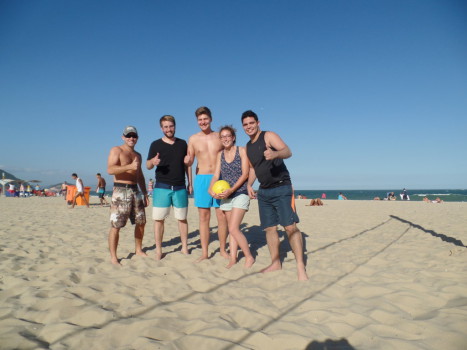 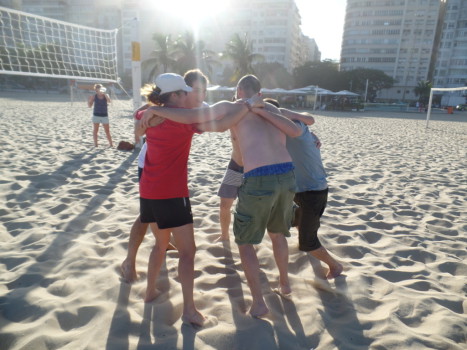 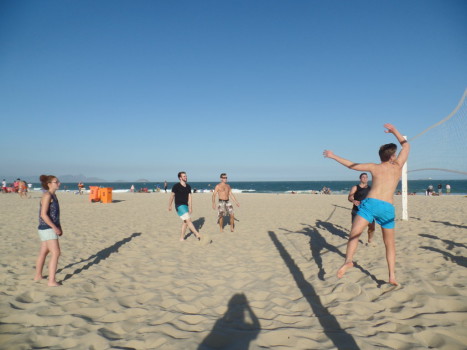 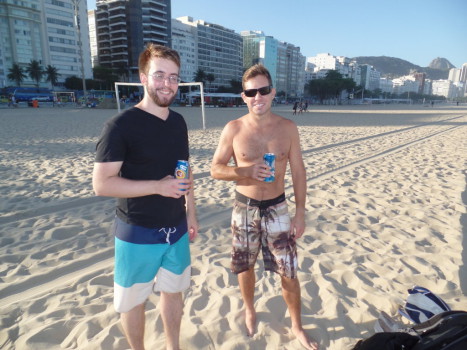 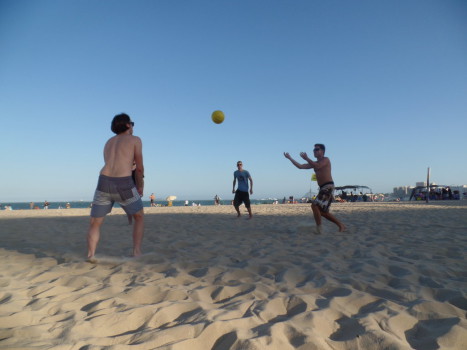 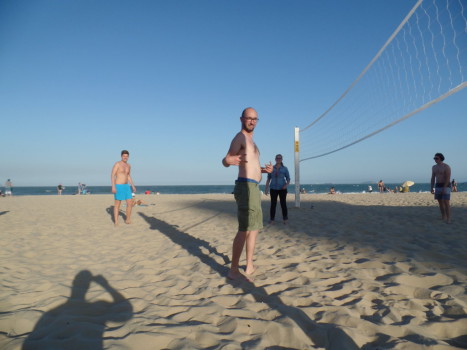 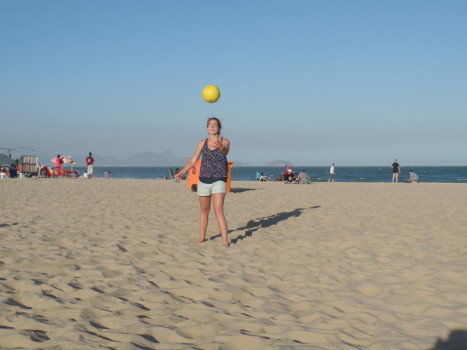