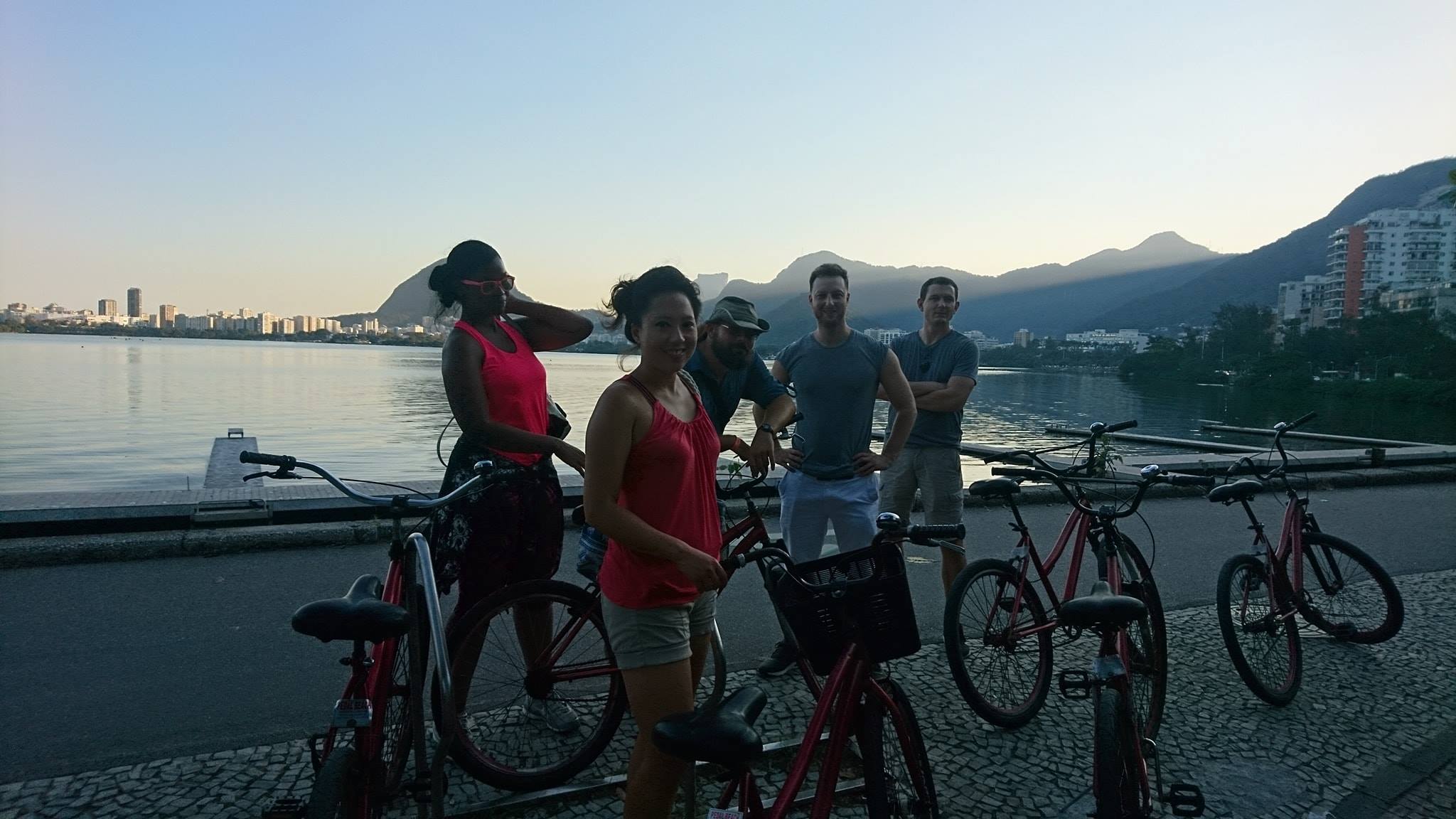 Sunny and gorgeous day for a hike up the the trails of Parque da Catamcumba, which consist of a mini thigh and glute workout – cardio and fun, winning combo! We saw two breathtaking, panoramic and sweeping views of Lagoa Rodrigo de Freitas and the various art installations along the trails kept us in good company. Alberto gave us a great history and cultural context to the Parque. Afterwards, we all went biked around the Lagoa (8km), which also has a number of great selfie taking viewpoints. Great afternoon out, easy on the wallet, fun – definitely check it out!! 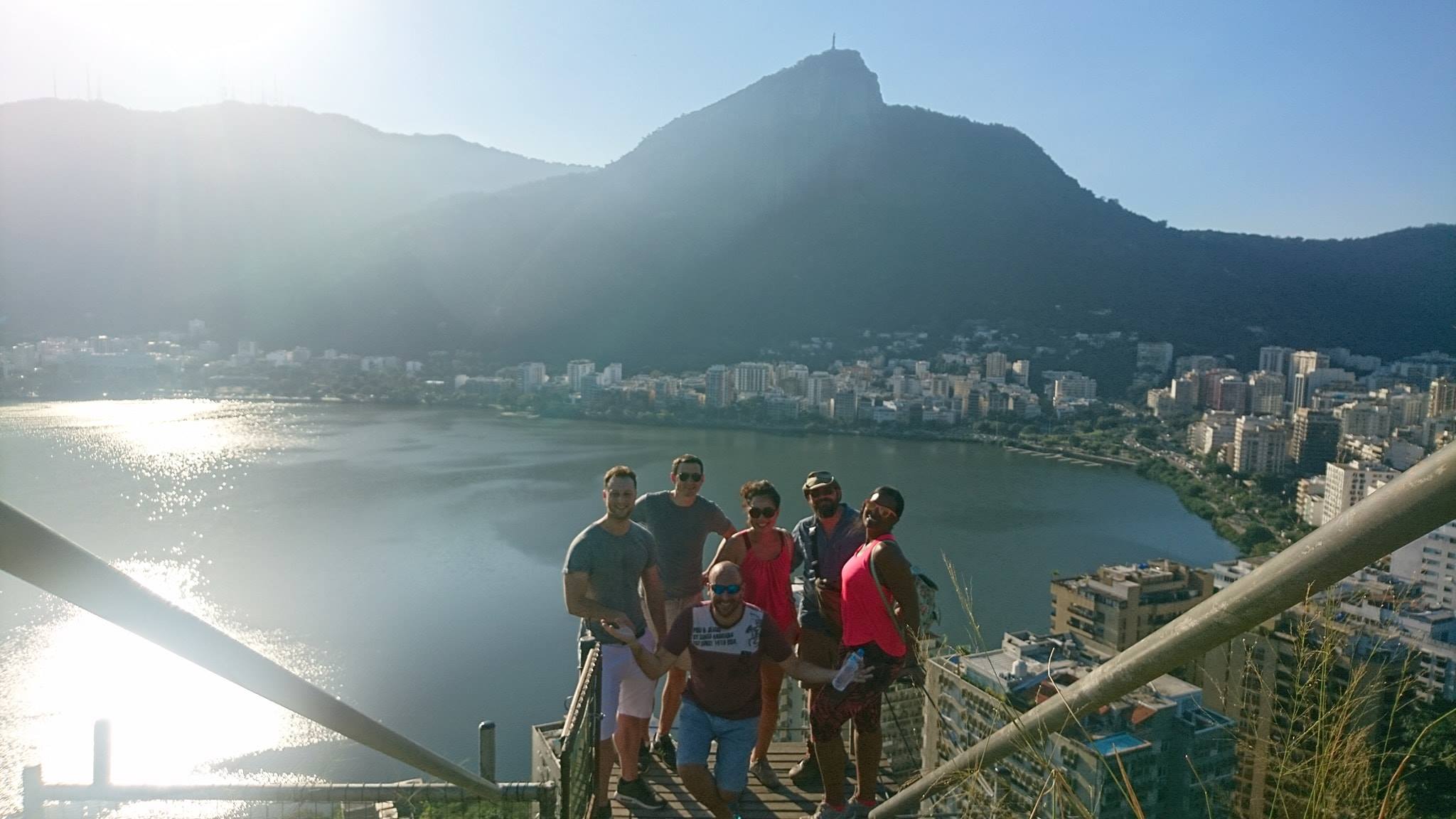 Yesterday we were a nice galera to enjoy our Rio’s sunny lake. Lagoa Rodrigo de Freitas is the most famous lake in Rio de Janeiro and it is another beautiful place to visit in the marvelous city. We were a nice group of Portuguese students from United States, United Kingdom, Switzerland and Bahamas. We not just enjoyed the lake views, we even did some workout doing a trekking to the top of a Mountain, we did a bike trip around the lake, we got a sunbath on the way and we talked tons of Portuguese.

See our Album of the RioLIVE! at the sunny lake on our Facebook: