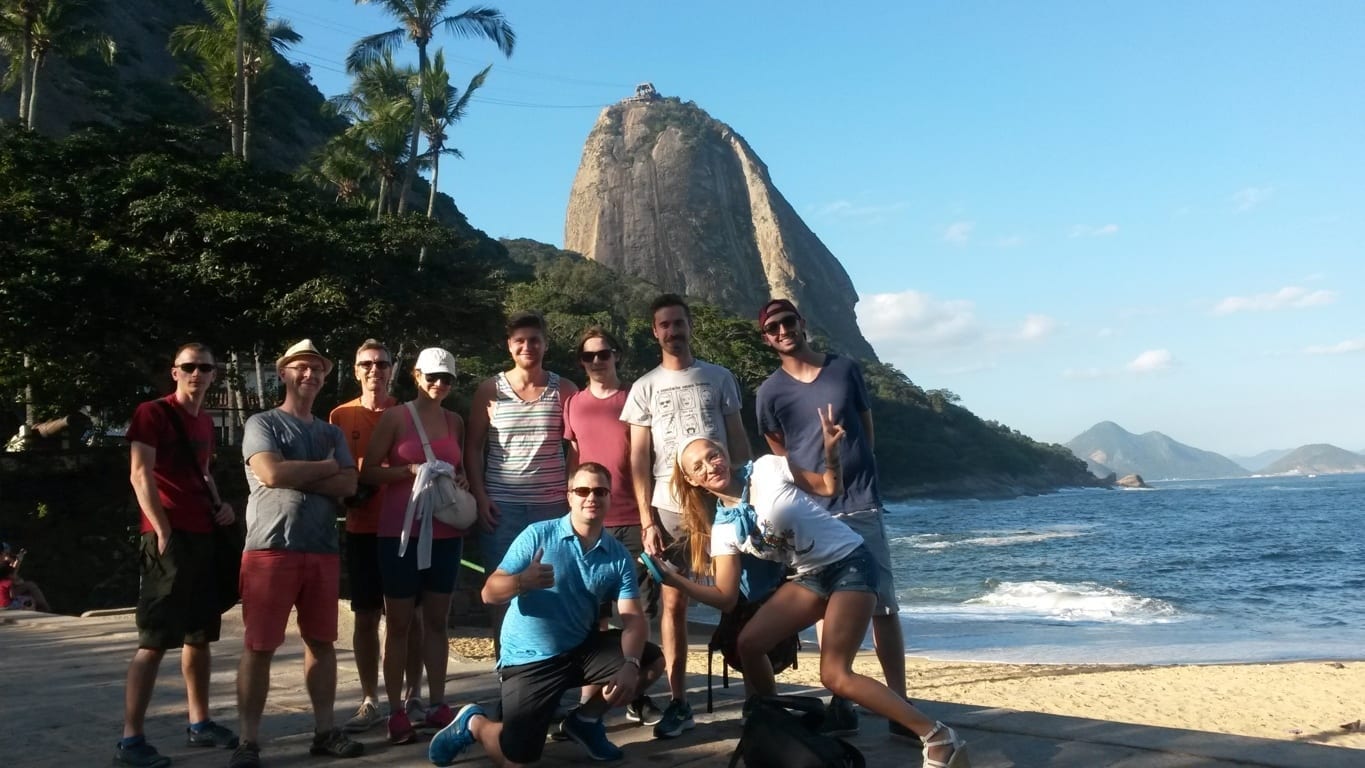 The climb up Morro de Urca is beautiful, but nothing can prepare you for the view from the top of the Sugarloaf. Watching the sun set over Rio is a memory that will stay with me forever. Not a bad way to end my first day in Brazil!

We went to Pão de Açúcar from Rio & Learn by bus and our new students get surprised that how fast Rio de Janeiro bus drivers can go. It looked to our students more dangerous that the cable car that we took later 😉

When we arrived at Pão de Açúcar bondinho station we bought the tickets but we decided that we were fit people, so we were going to go up the first morro station by feet. Before our trekking we did a nice walking by Pista Cláudio Coutinho, enjoying nice views of the sea and of Praia Vermelha. Our student Paul, did a picture game as we were taking a picture to try to make laugh our students, but as you can see it was not so supported!

The trekking to the top of Morro de Urca, the smallest morro of the complex, was quite tiring, but fun. Even our fashionable student Carla did it ever with high heels, so it doesn’t look so hard, thinking on that.

Once on the top of Morro de Urca we did fun pictures and we reunited to go together to the top of Pão de Açúcar, this time by the bondinho. Christophe from Switzerland got happy to see that a swiss knife was one of the sponsors of Pão de Açúcar, and we listened some fun jokes around it. Our students get amazed when they arrived to the top and they saw the amazing sunset at Pão de Açúcar.

We shot plenty of pictures and laughs were all around. Some students even drank a glass of wine to enjoy the moment! It was a great day!!! 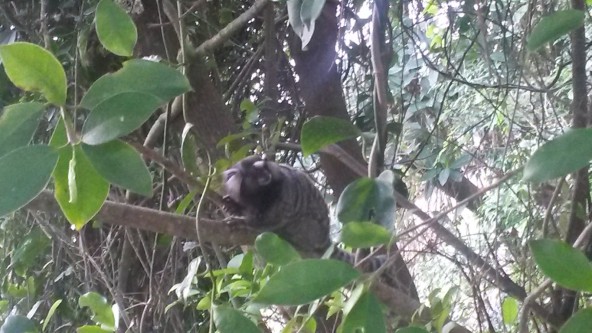 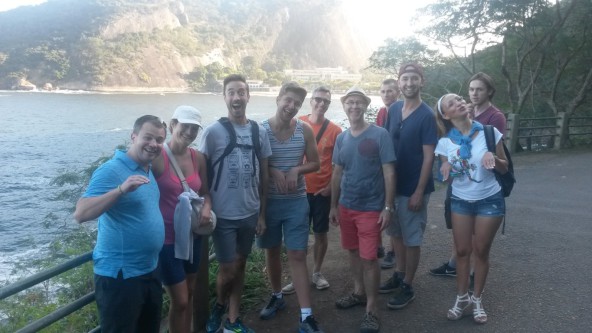 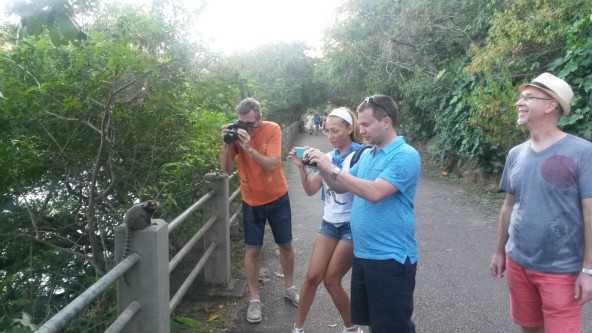 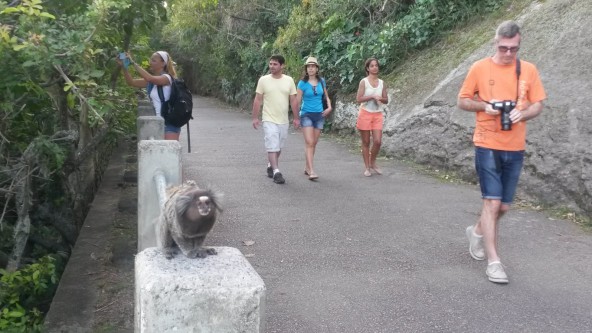 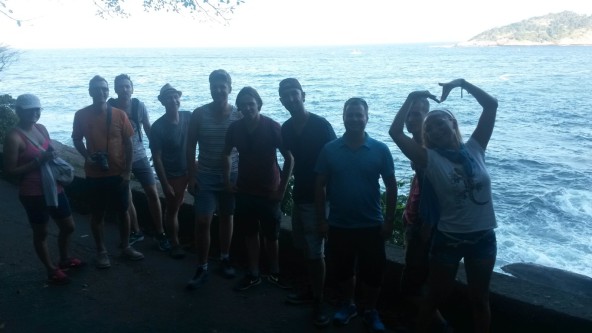 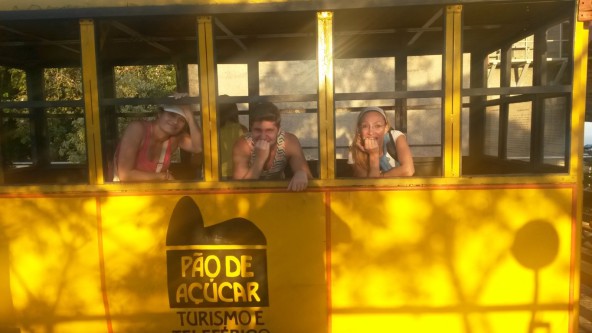 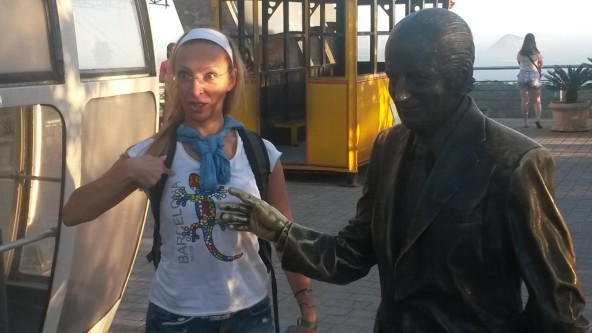 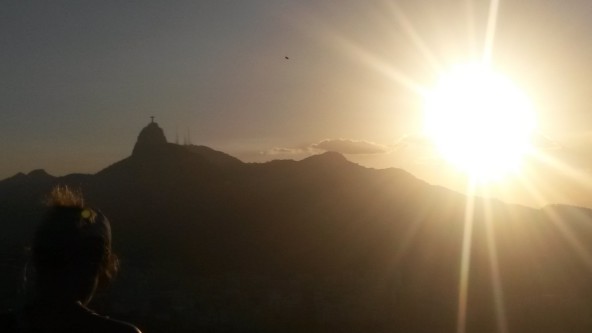 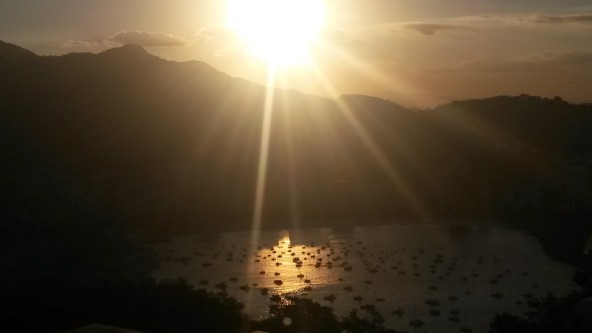 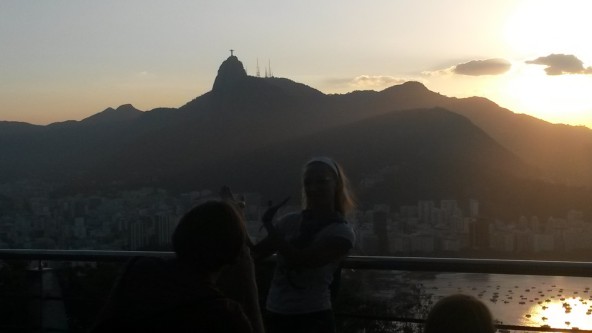 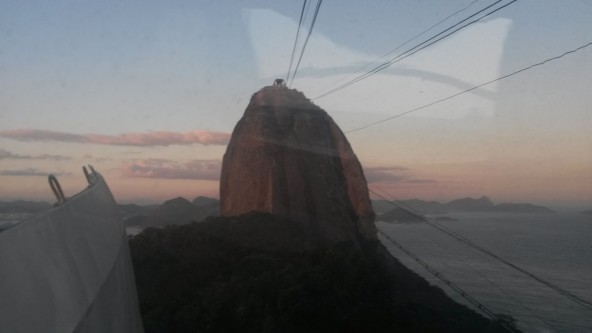 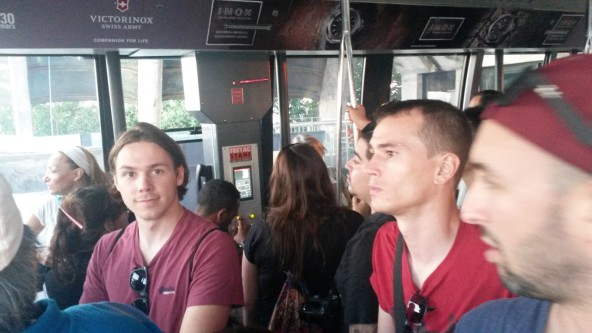 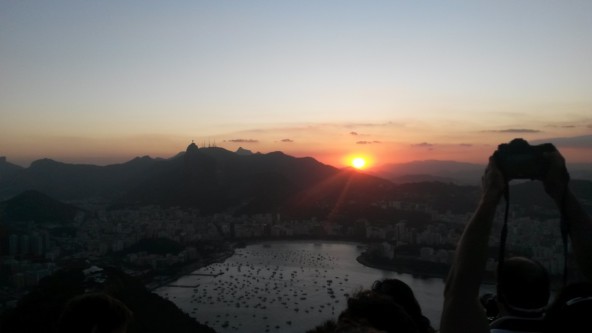 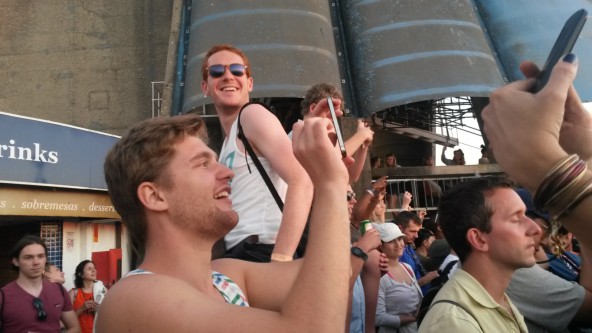 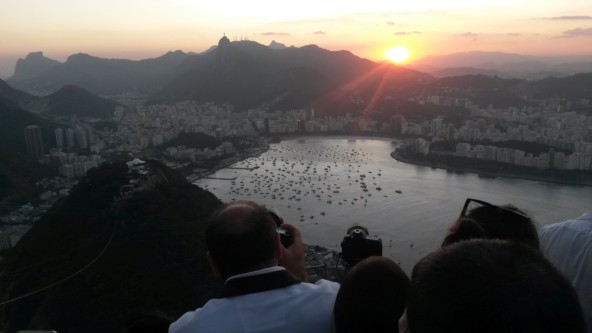 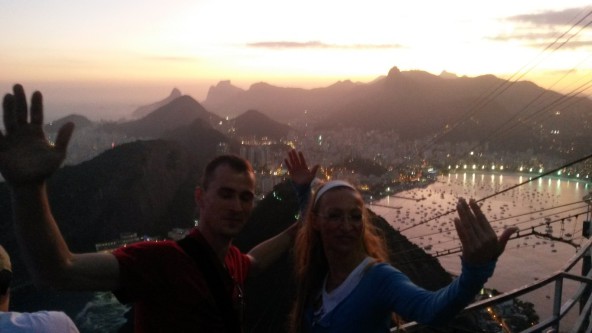 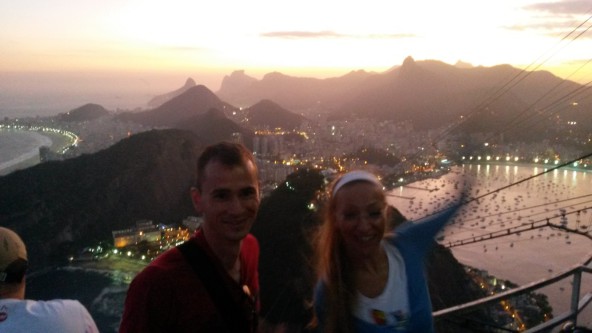 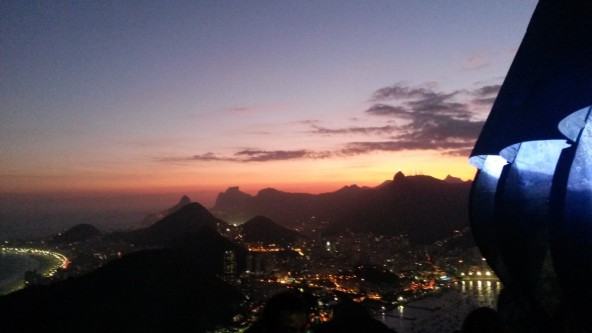 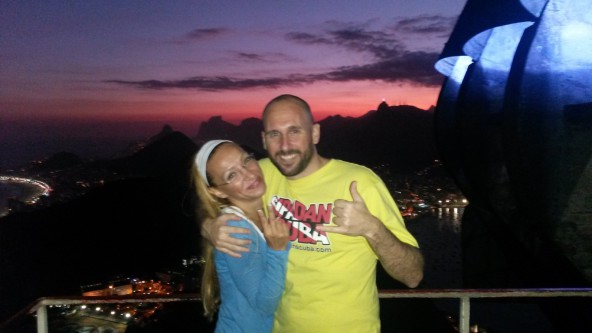