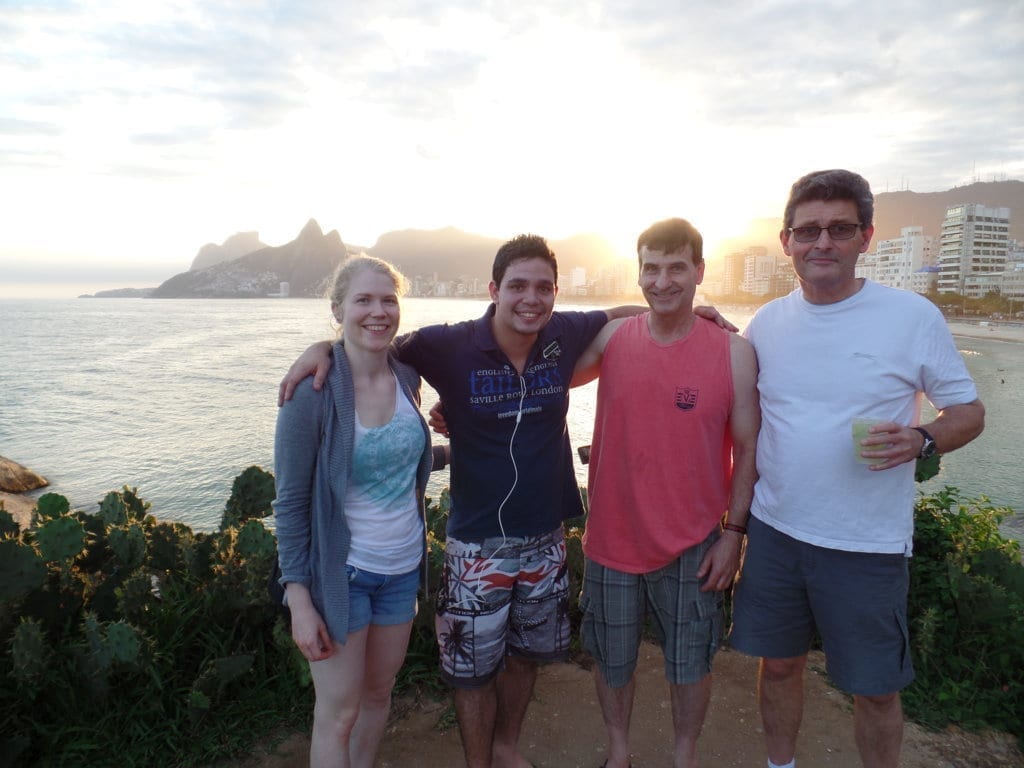 On Wednesday we visited the Copacabana Fort. Its really worth a visit as its a tranquil spot with great views back along the whole length of Copacabana beach, and towards the Sugar Loaf.  You can also learn a bit of the military history of Rio and of Brazil´s part in the second world war.  Afterwards we went to watch the sunset across Ipanema from the rocks at Arpoador.  Its a great place for this and its fun to see so many people chilling out on the rocks to watch the view.  I recommend you take a caipirinha (or two!) when you go.

Last wednesday it was a holiday eve in Rio de Janeiro and we decided to watch the wonderful sunset at Pedra do Arpoador. A place where many cariocas and tourists meet.

We met at Rio & Learn Portuguese School and walked until the Fort of Copacabana, a place with a lot of history about Rio de Janeiro, because it talks about the arrival of the Portuguese Royal Family in Brazil. It was first built to protect the Sacopenapã beach, current Copacabana. We talked a lot about the history of this place, in Portuguese.

After this moment, we walked until Ipanema’s Beach, where we had some drinks. We walked around Pedra do Arpoador where we could take pictures from many different angles and places, such as, Vidigal, Morro Dois Irmãos and Cristo Redentor. In the end, we sat at the top of the stone to watch the sunset and in the end everybody was applauding this amazing moment. Come you too and take part in our RioLIVE! Activities. 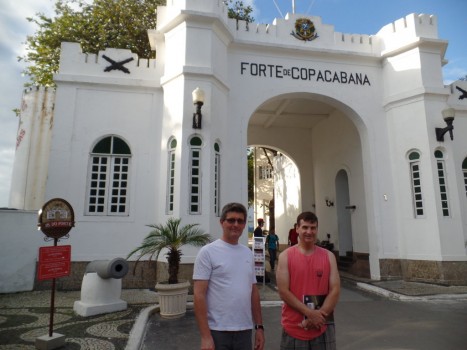 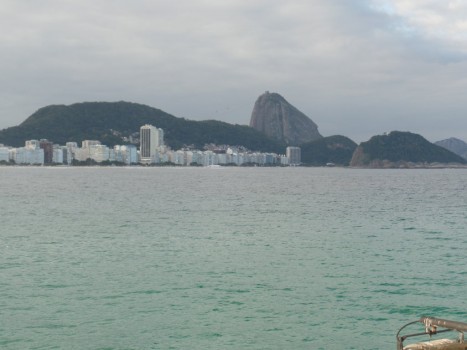 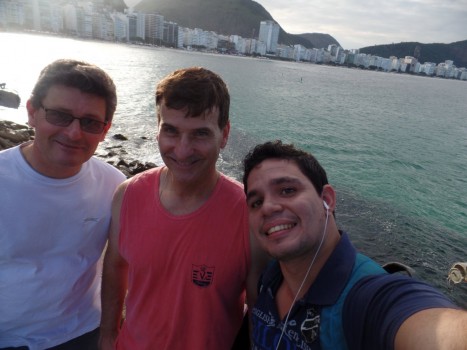 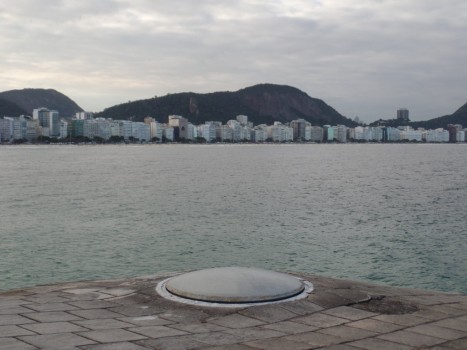 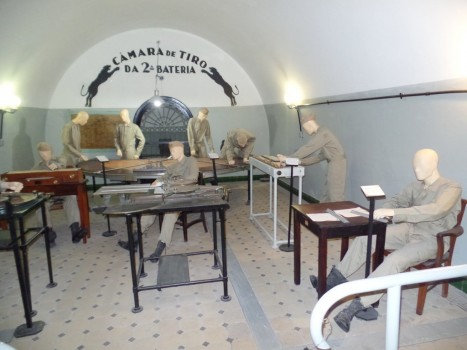 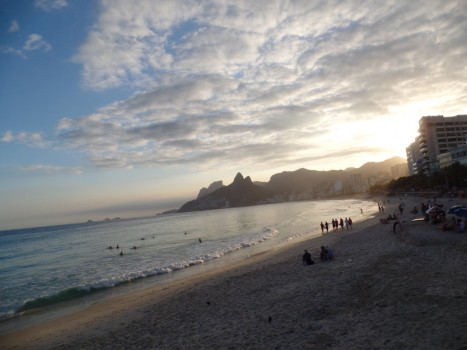 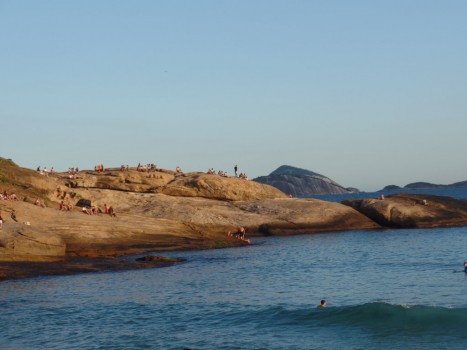 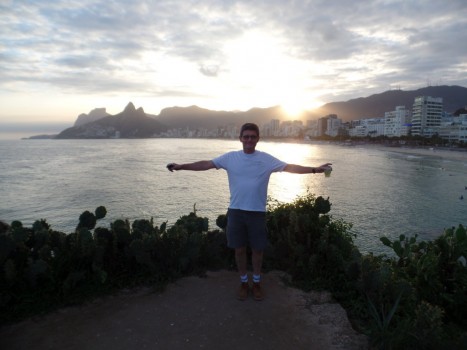 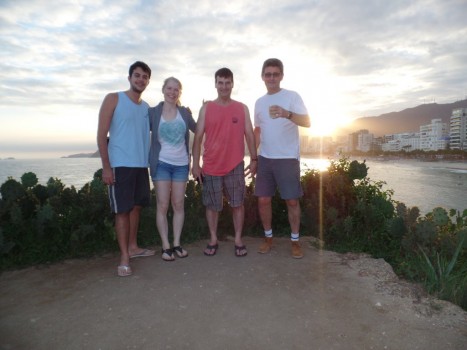 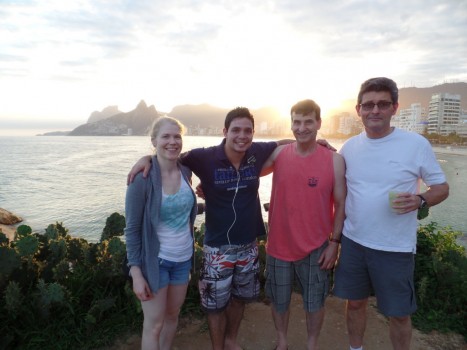 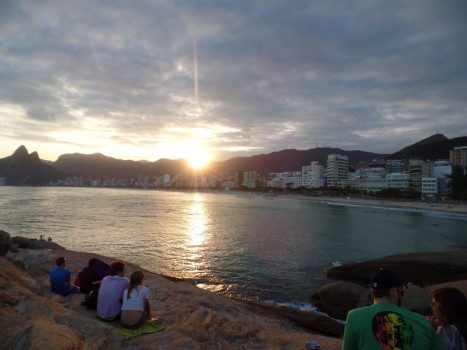 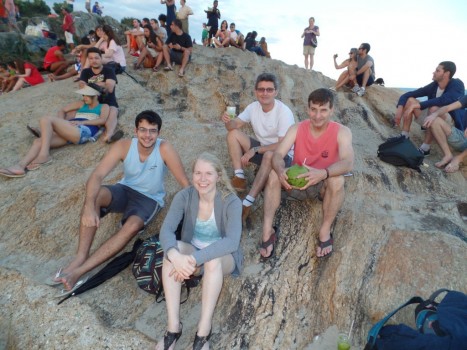 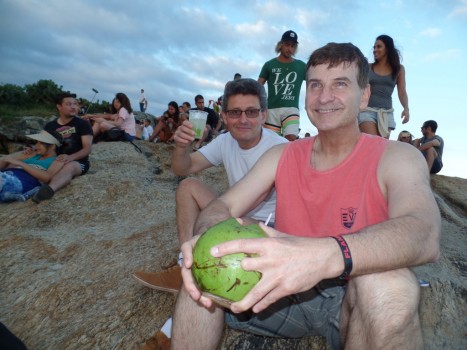 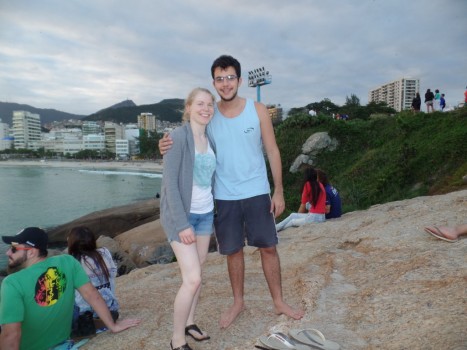 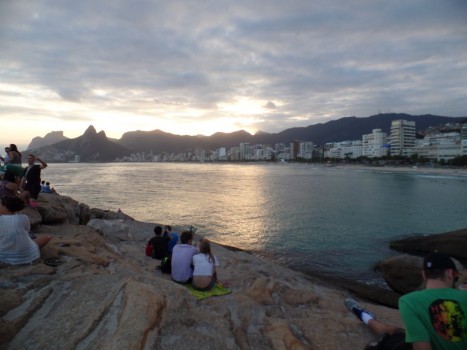 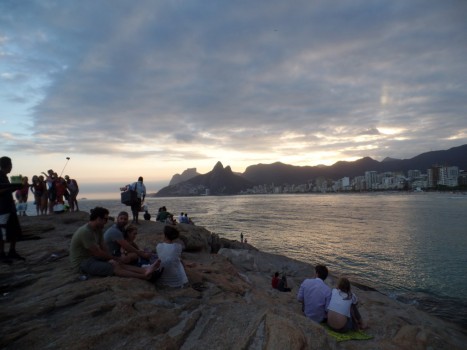 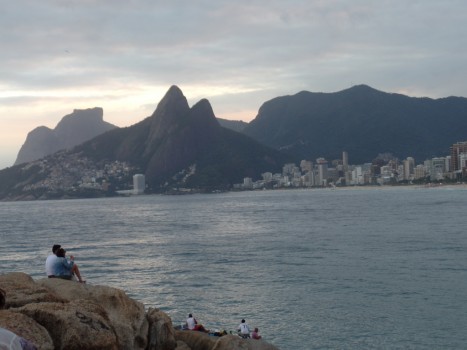