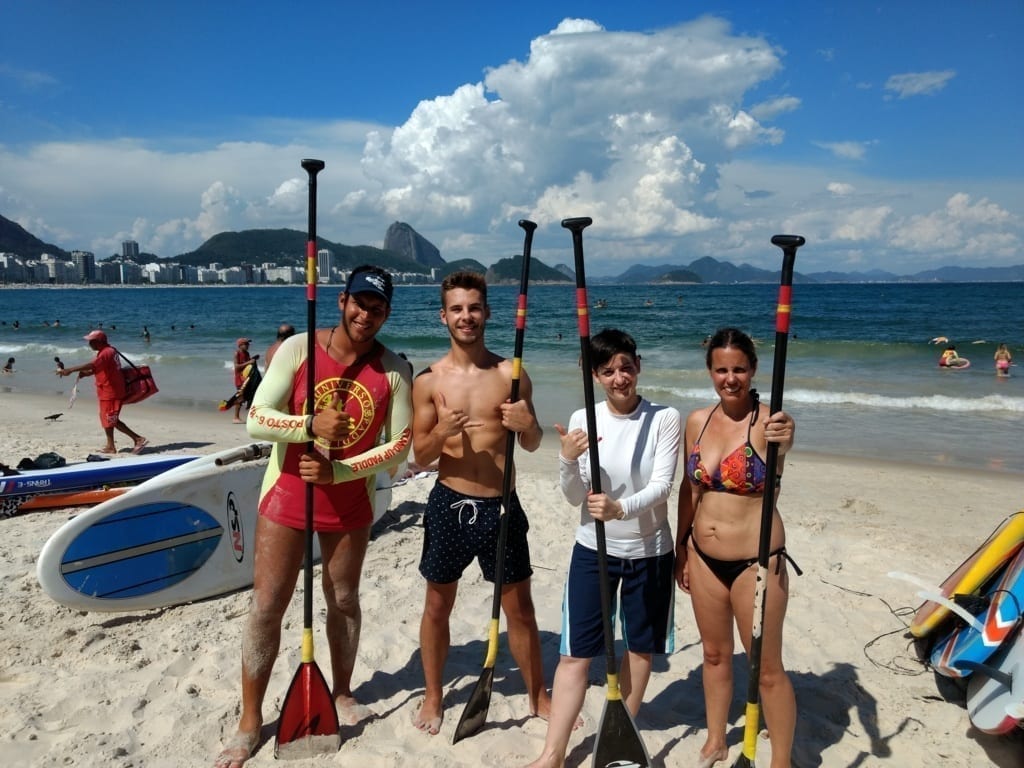 What about Paddle Surfing in Copa. In Rio de Janeiro there are lots of activities that you can do, Paddle Surfing in Copa is one the best and most popular around here. So, in our RioLIVE! Activity at this time, our Portuguese students had the opportunity to practice Stand Paddle Surf on the beach of Copacabana. Our students from Argentina, England and Germany took part in this RioLIVE! with us.

We started our activity on the beach and the students listened the paddle surf instructor really attentively to get all the necessary information. It was really important for them to have these instructions since for many of them, it was the first time doing paddle surf. 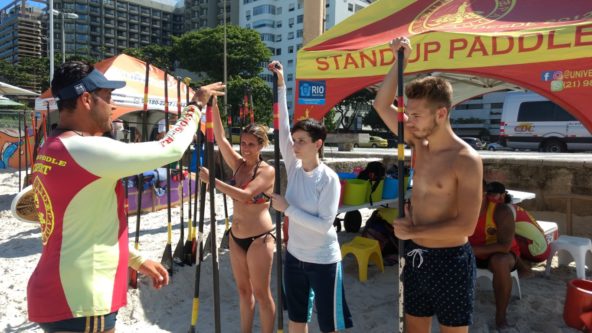 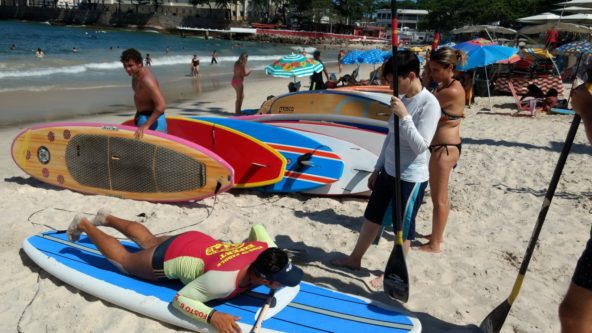 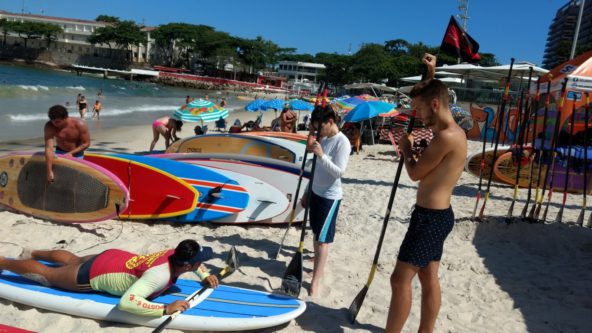 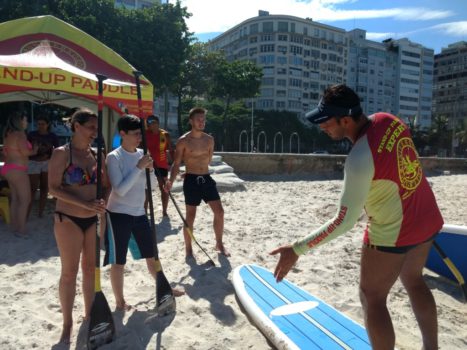 After listening all the instructions, they were ready to go to the sea and do some Paddle Surfing in Copa. The sea had some strong waves but it wasn’t a problem for them, they could practice it and have a very good performance with their boards. 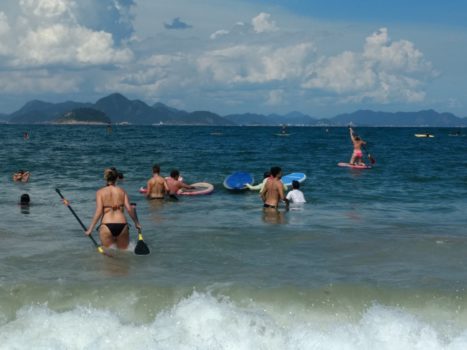 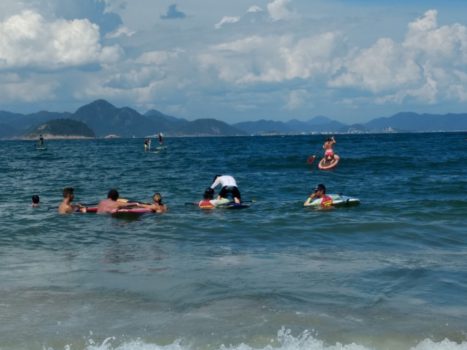 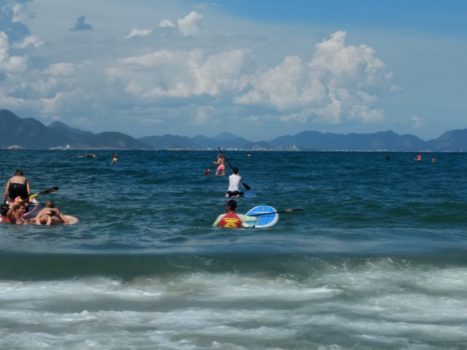 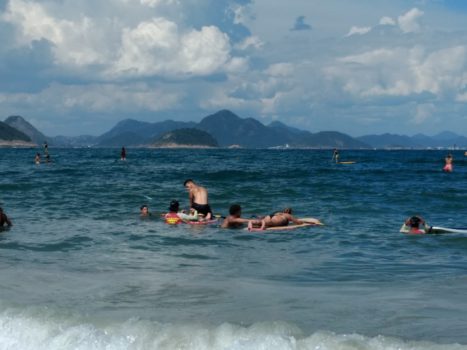 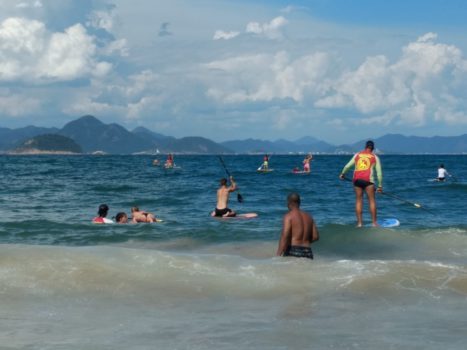 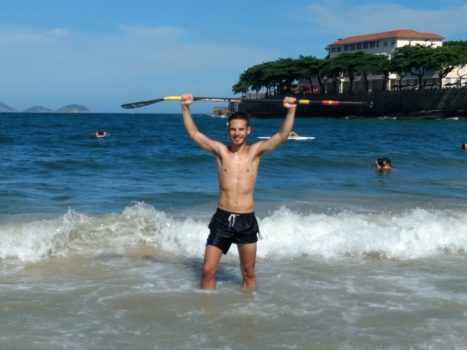 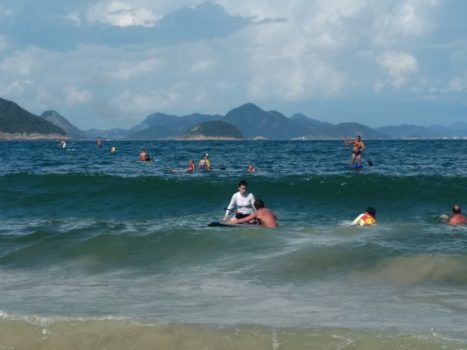 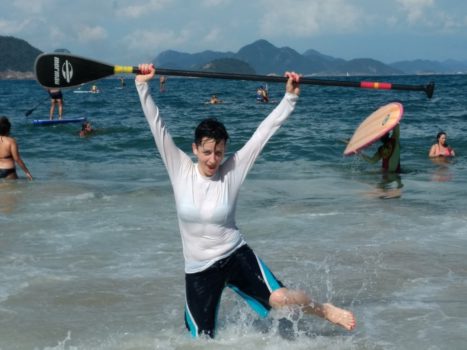 At the end, they were really happy and satisfied with this RioLIVE! and will come back for more next time. What about you? Come to Rio & Learn and take part in our RioLIVE! Activities.