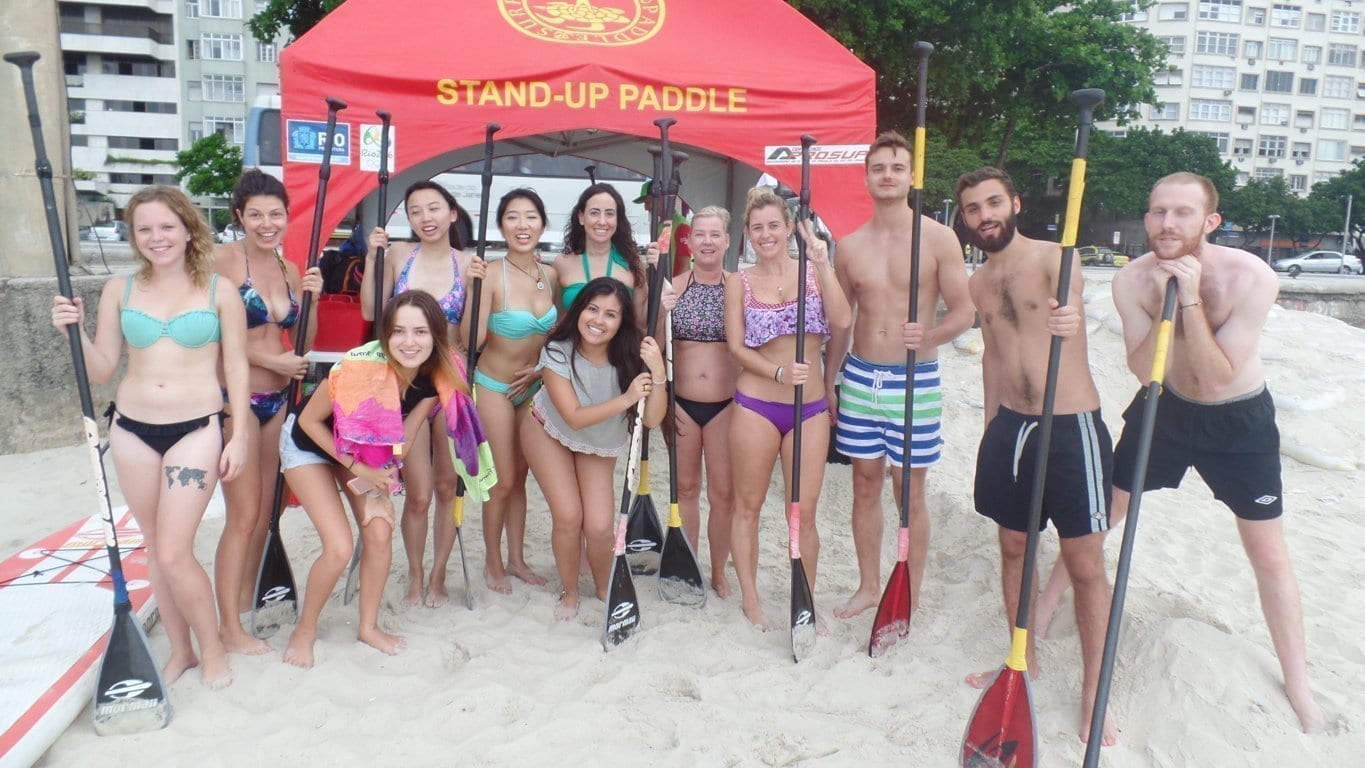 Eva Starbrink, Sweden.
Our Portuguese students enjoyed their afternoon surfing in Rio de Janeiro. We gathered at Rio & Learn, which is very close to Copacabana beach, and walked to Paddle Surf Universo to practice some stand up paddle surf at the beautiful beach of Copacabana. During our walk the students spoke a lot of Portuguese and asked many questions about the subjects they had studied during the classes in the morning. They were curious about the touristic spots and already programmed themselves for the next RioLIVE! Activities.
When we arrived at Paddle Surf Universo, our students observed the instructions very closely so they could stand up on the board without falling too much, and surely, the instructions were in Portuguese. After that, it was time to hit the water! Now our adventure really started. While the students were in the water surfing, the teacher  Pablo and the student Maria were at the beach snapping pictures and talking about life. Spending the afternoon surfing in Rio is a great way to observe Copacabana from a totally different angle, from the water to the sand. It was a super fun afternoon. At the end, all of them wanted more!
Come have fun and speak Portuguese with our RioLIVE! Activities. 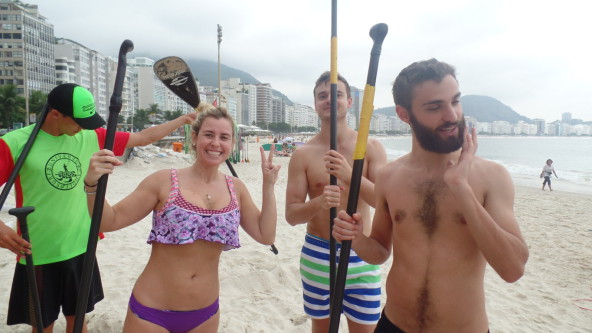 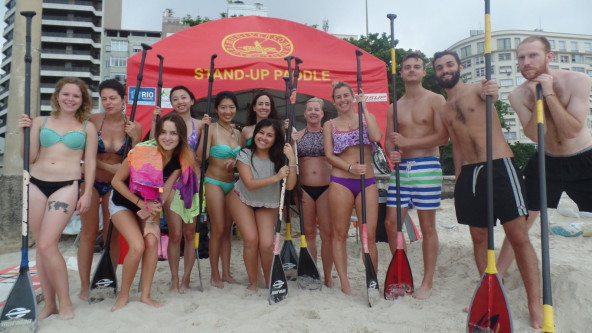 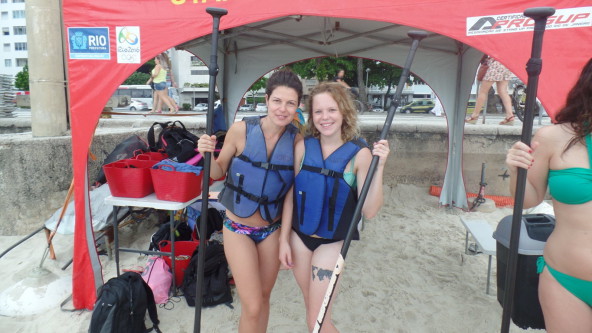 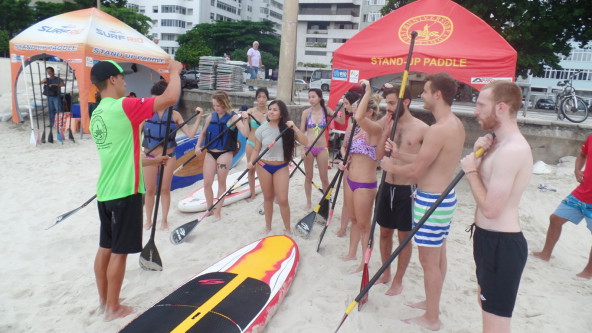 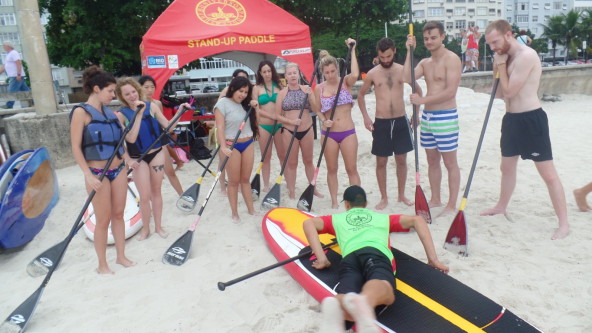 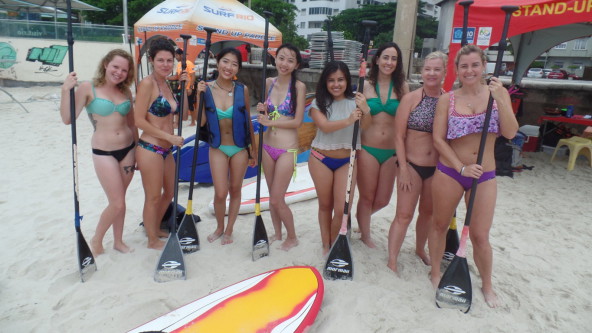 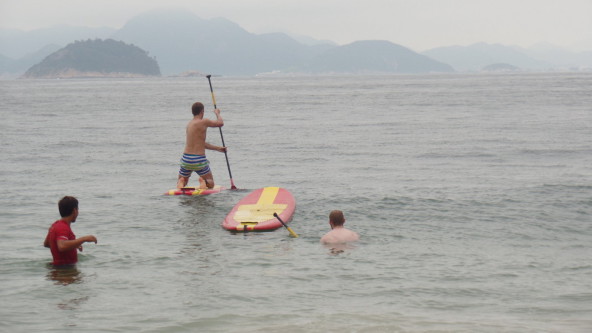 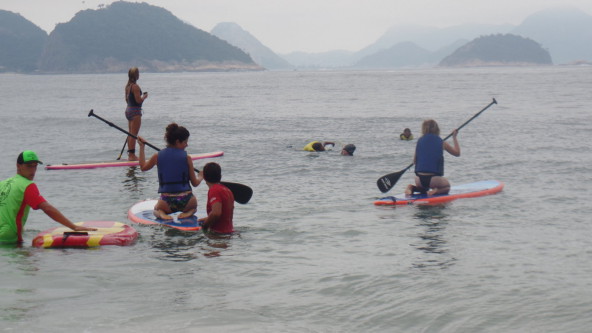 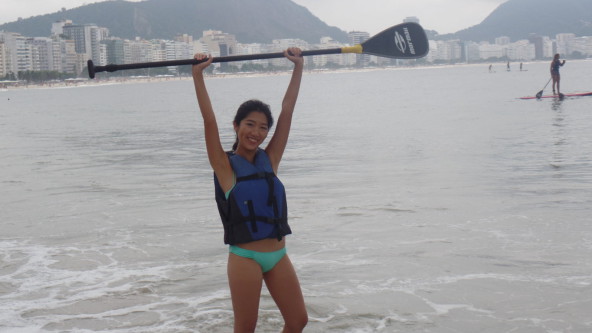 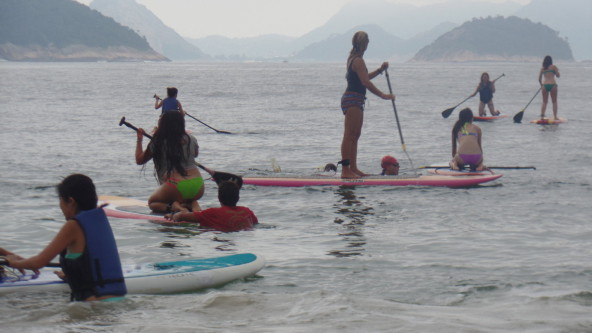 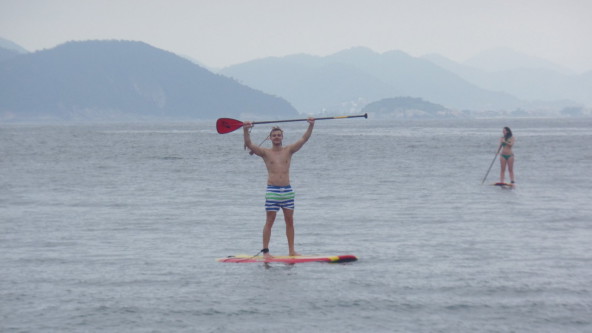 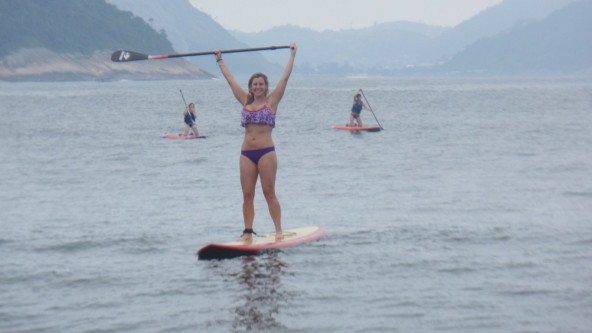 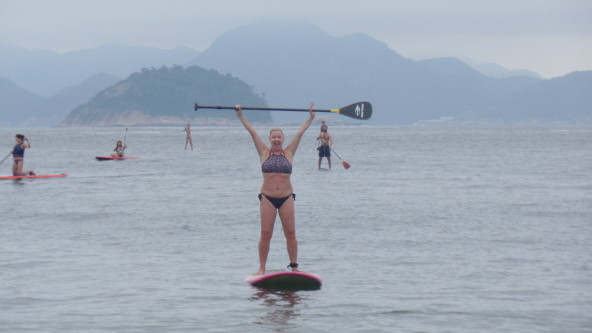 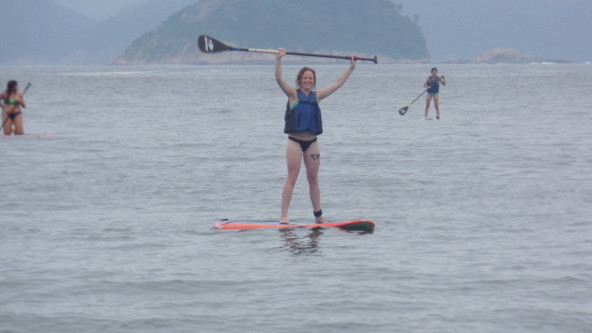 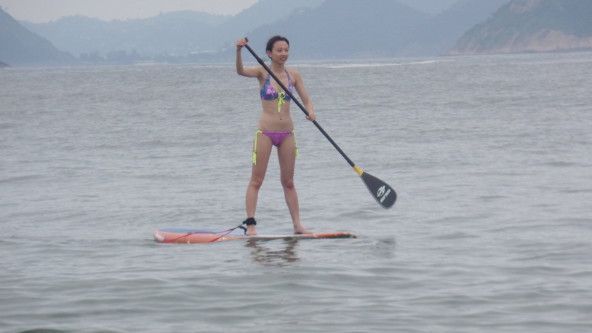 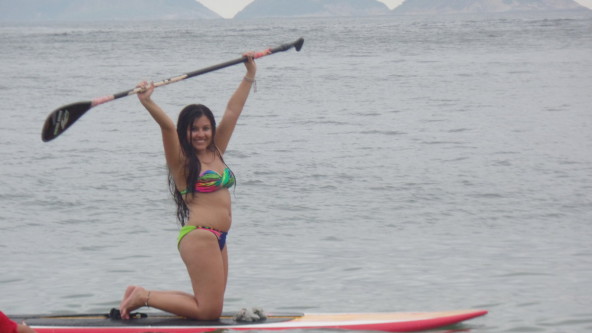