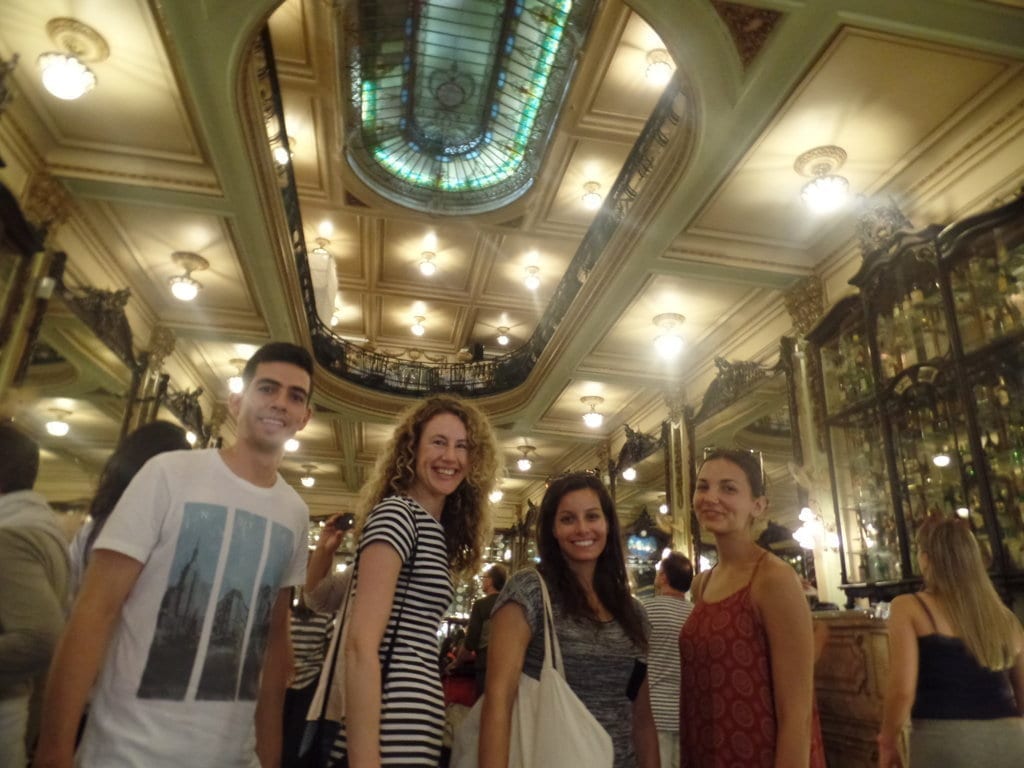 Sweets and Portuguese, that was our last RioLIVE! Our Portuguese students enjoyed a sweet afternoon at one of the most famous and charming places of Rio de Janeiro, Confeitaria Colombo, located at the center of Rio de Janeiro, this place holds an important part of the carioca history among the modern buildings of the financial center of the city.

The students from France, Sweden, Mexico and Holland were really amazed with the beauty inside the place, specially when making questions, they found out that the bakery in the past used to be a meeting place for politicians such as the presidents Getúlio Vargas and Juscelino Kubitschek (the founder of the current capital Brasília), since Rio de Janeiro used to be the capital of the country. With time passing, they were feeling more and more comfortable inside the place, our French student even said that the bakery is very similar to the cafes in her home city, Paris. They loved the sweets and could learn a lot of new vocabulary too, they also could practice and help each other with their Portuguese because we had a mix of beginners, intermediate and advanced students.

We finished our RioLIVE! walking around the center of the city a little bit and seeing the heart of Rio de Janeiro. It was a great afternoon with a lot of sweets and Portuguese. Come you too and take part in our RioLIVE! Activities. 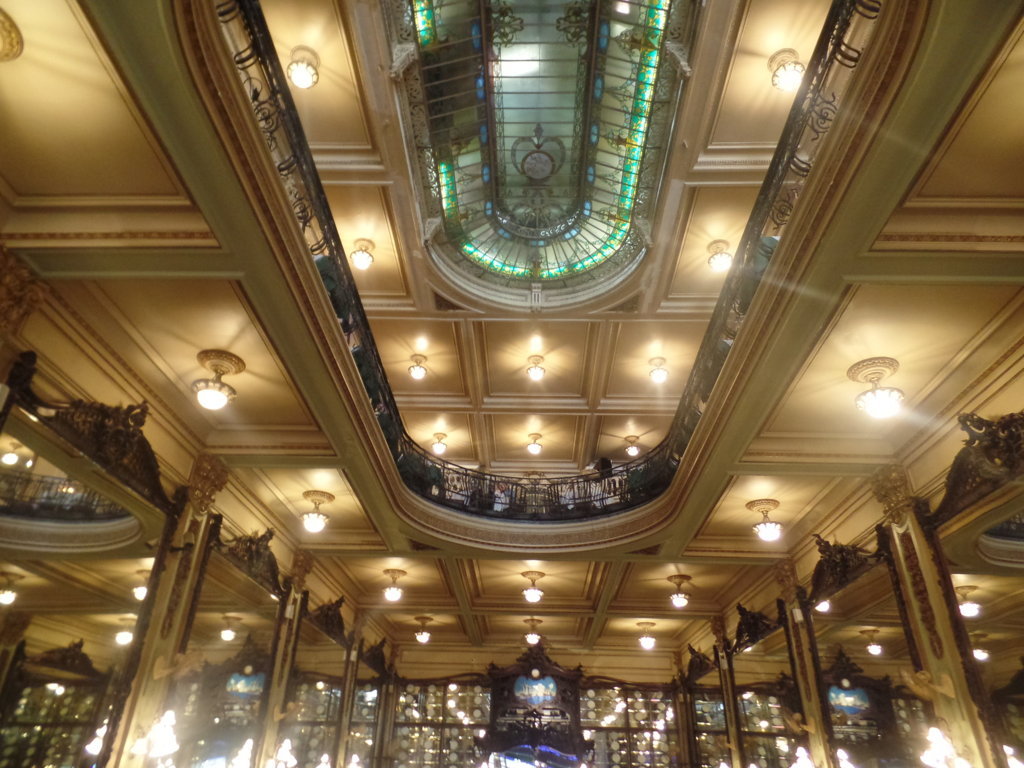 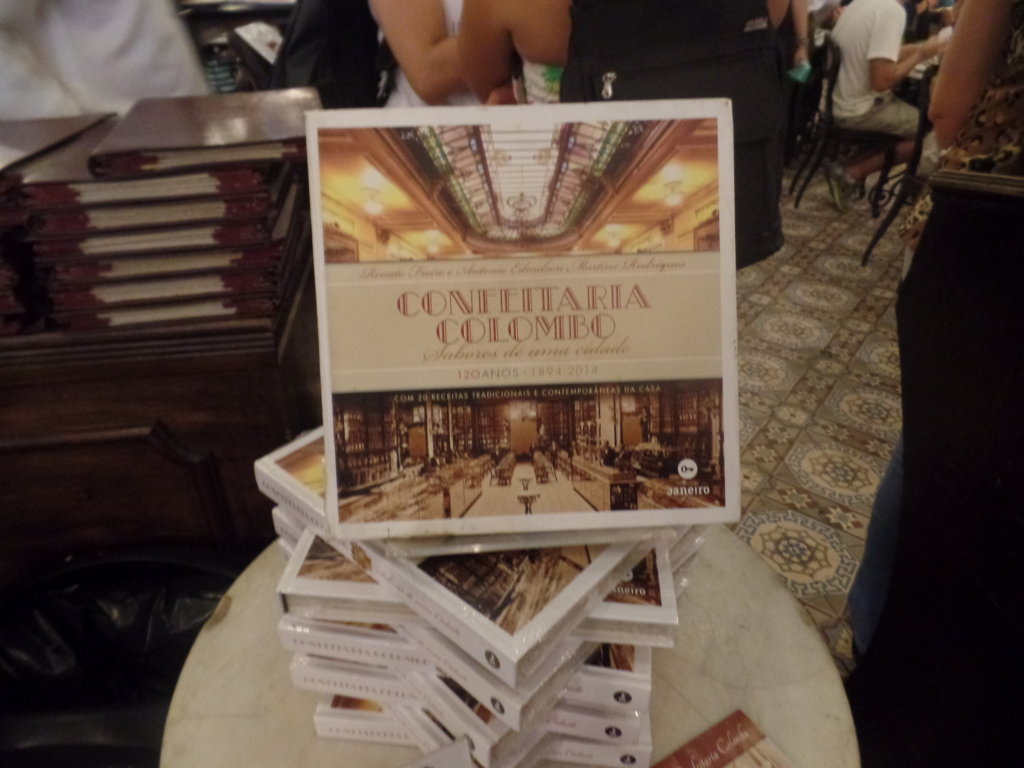 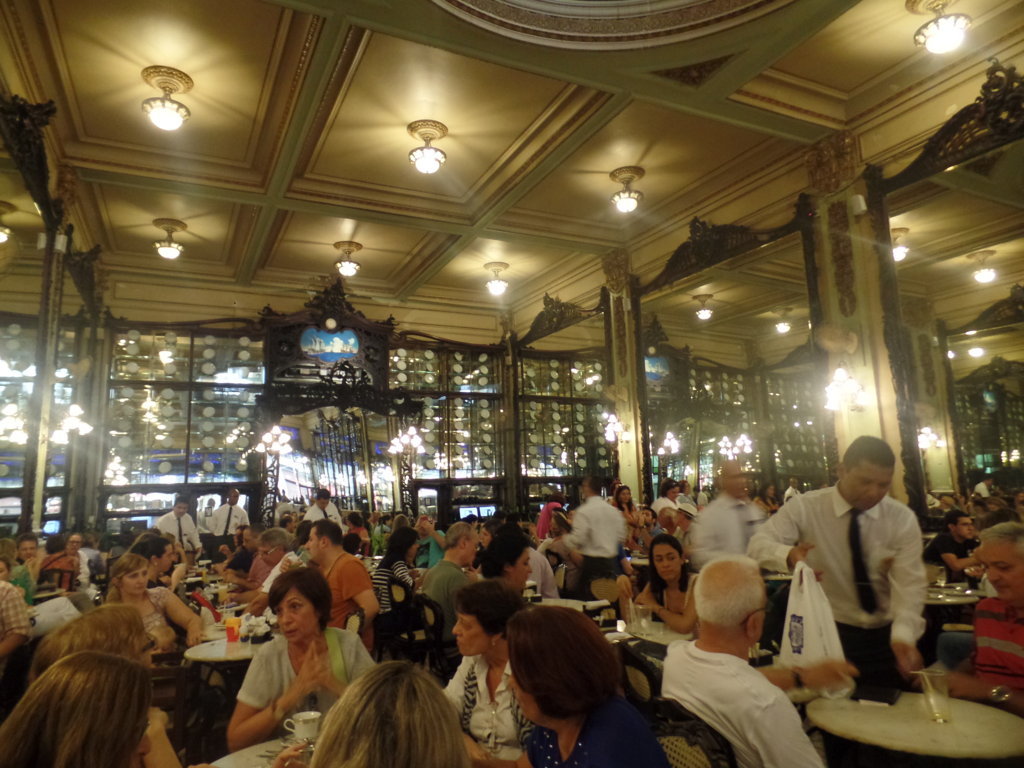 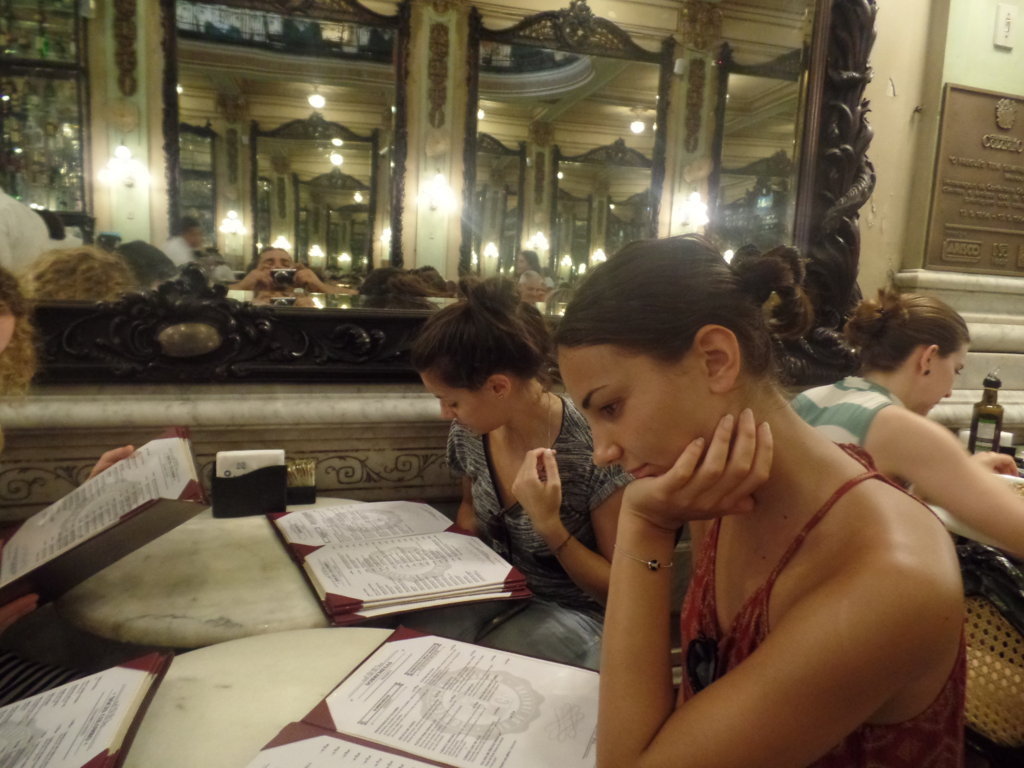 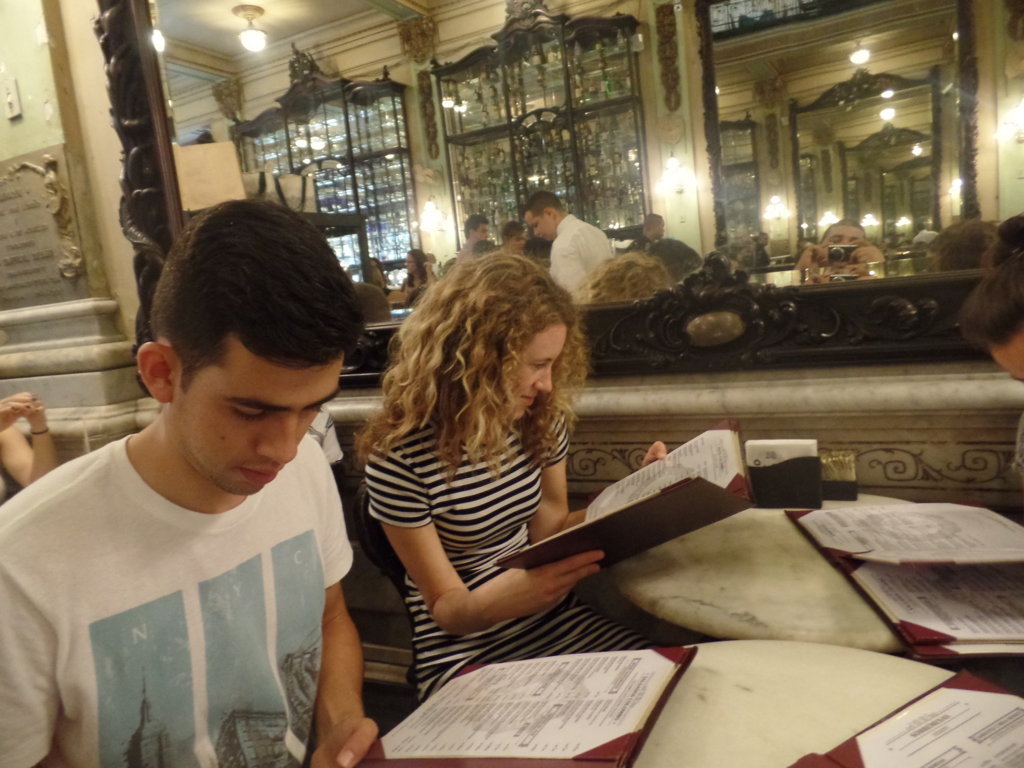 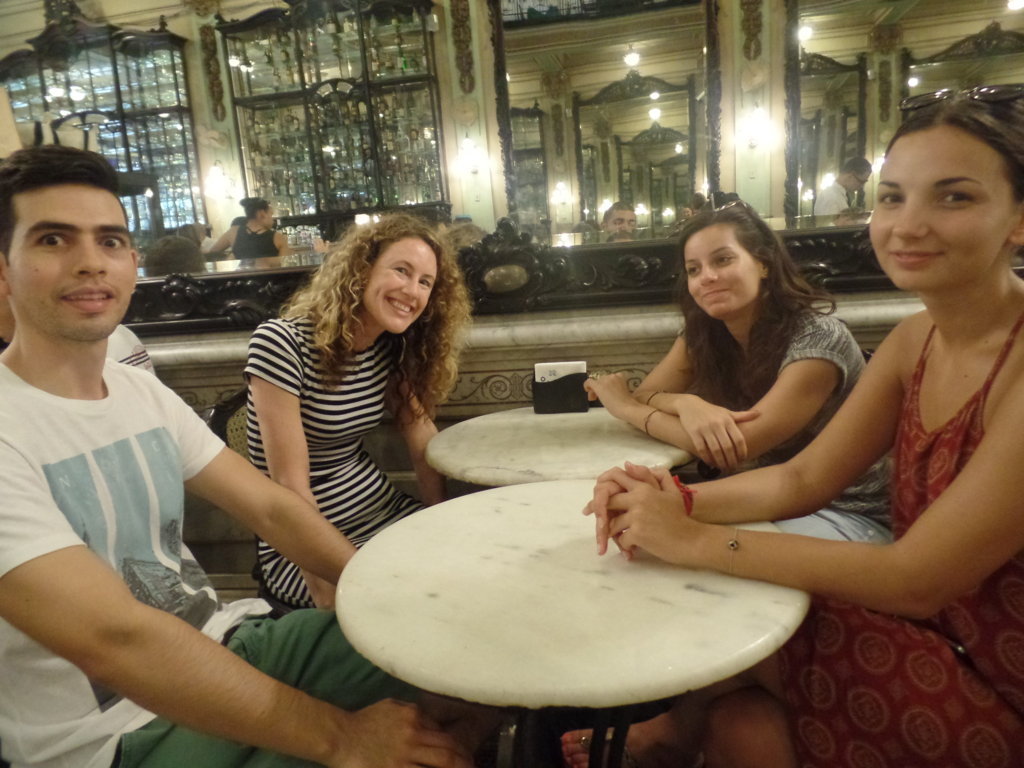 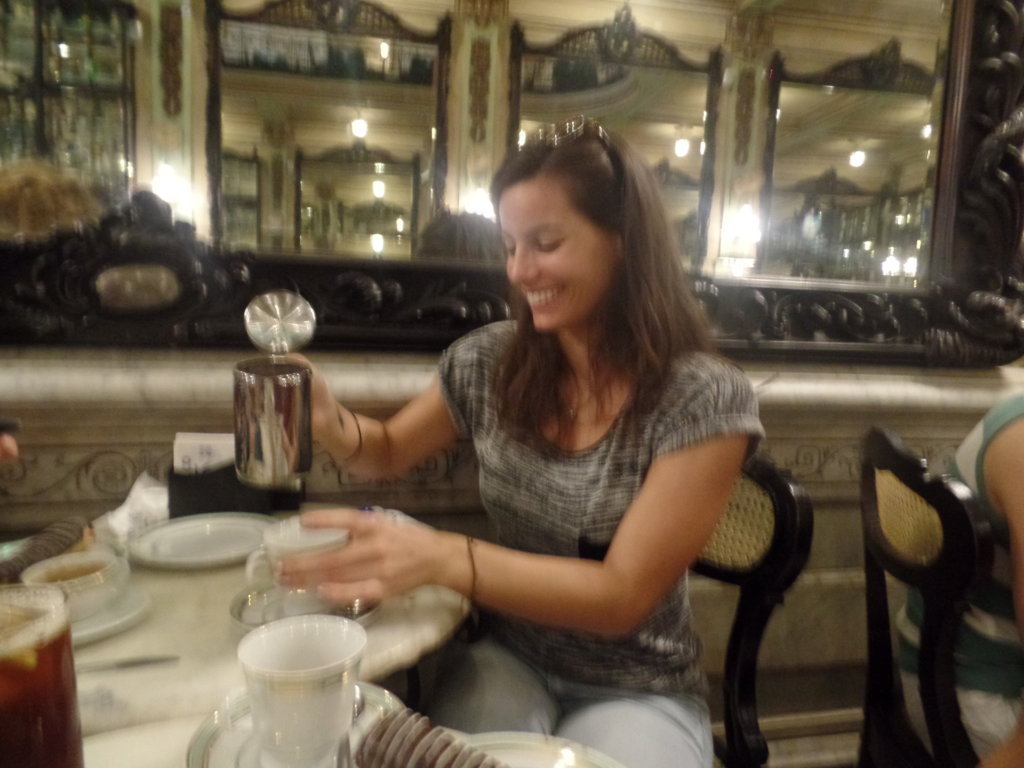 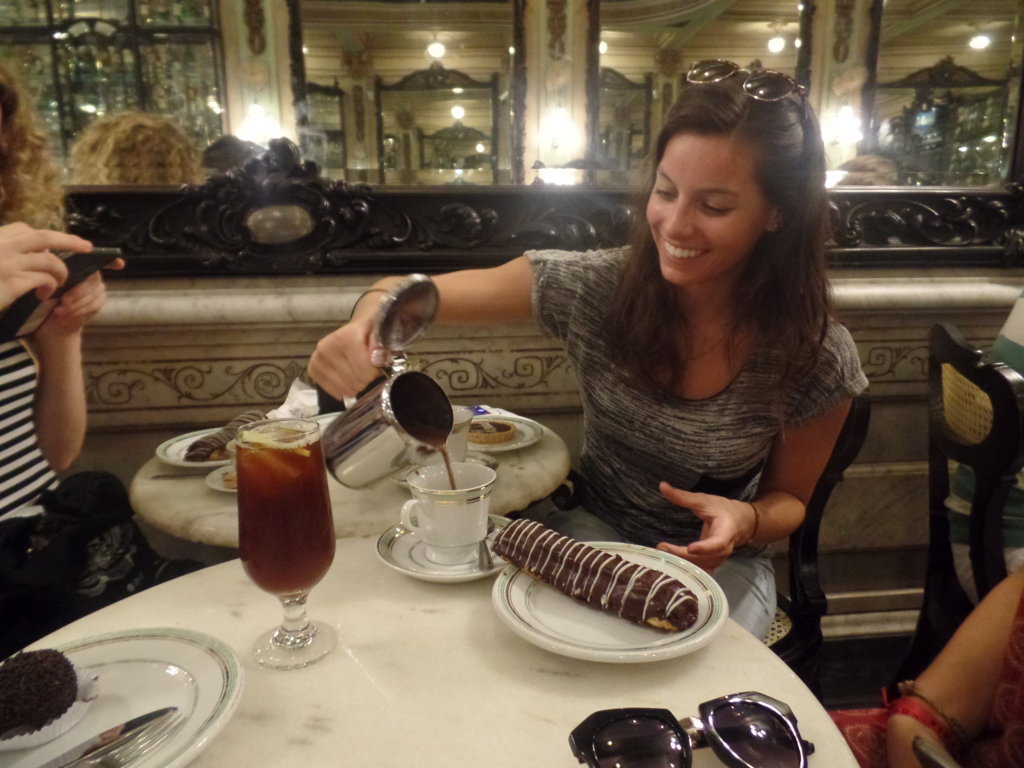 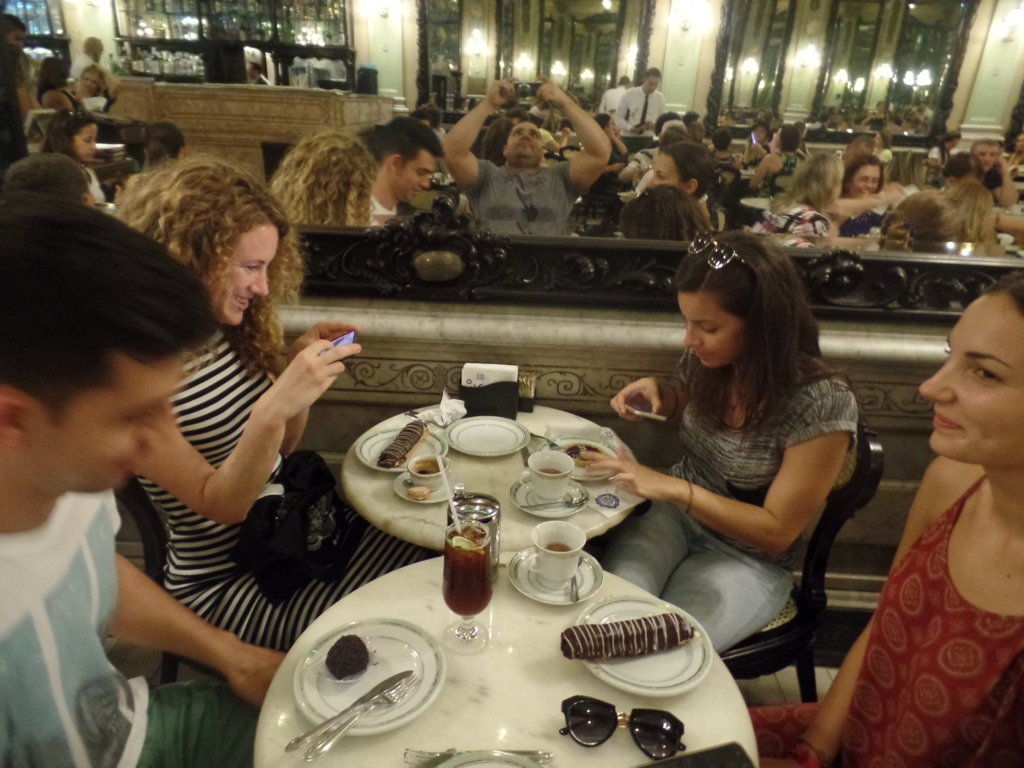 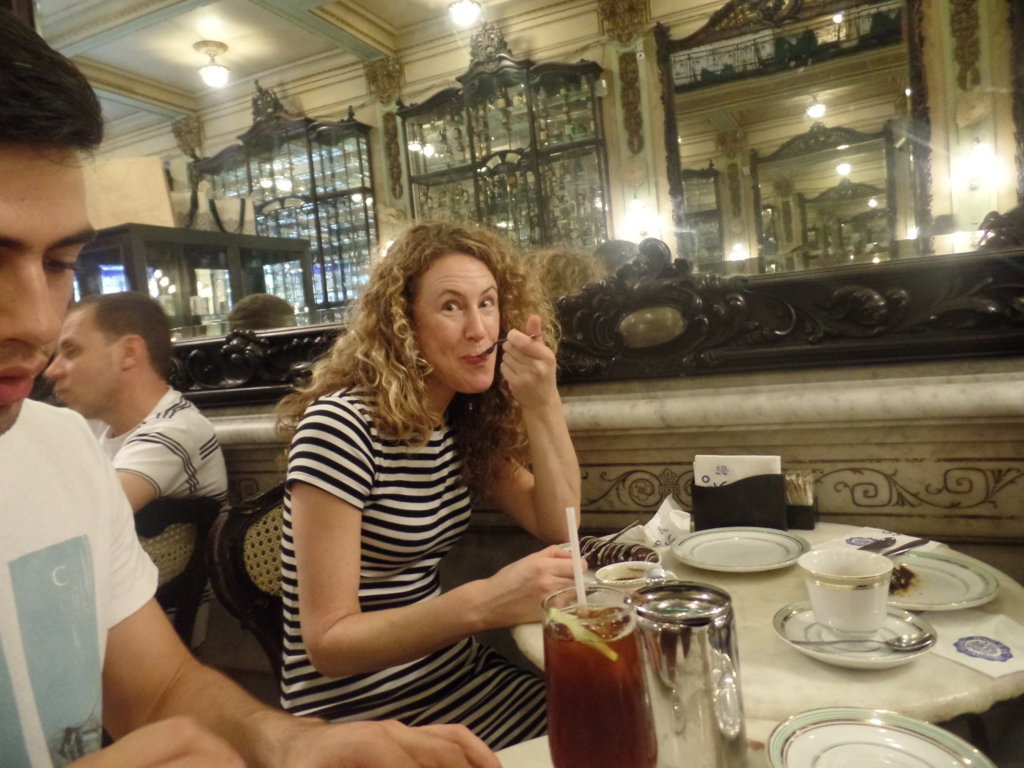 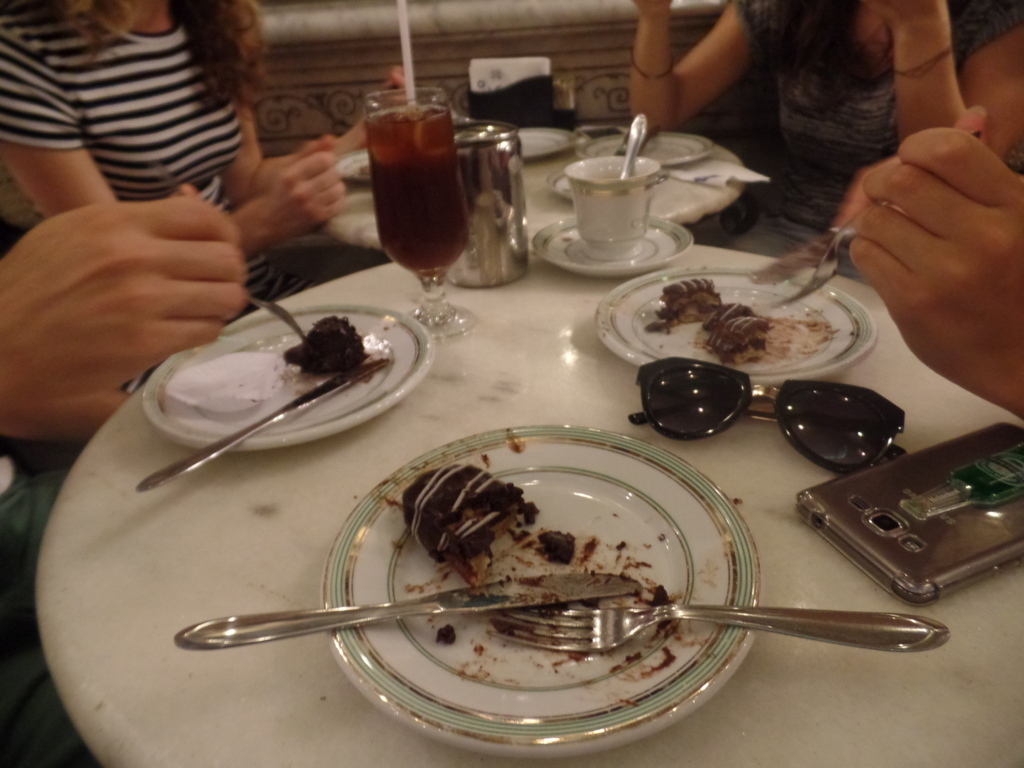 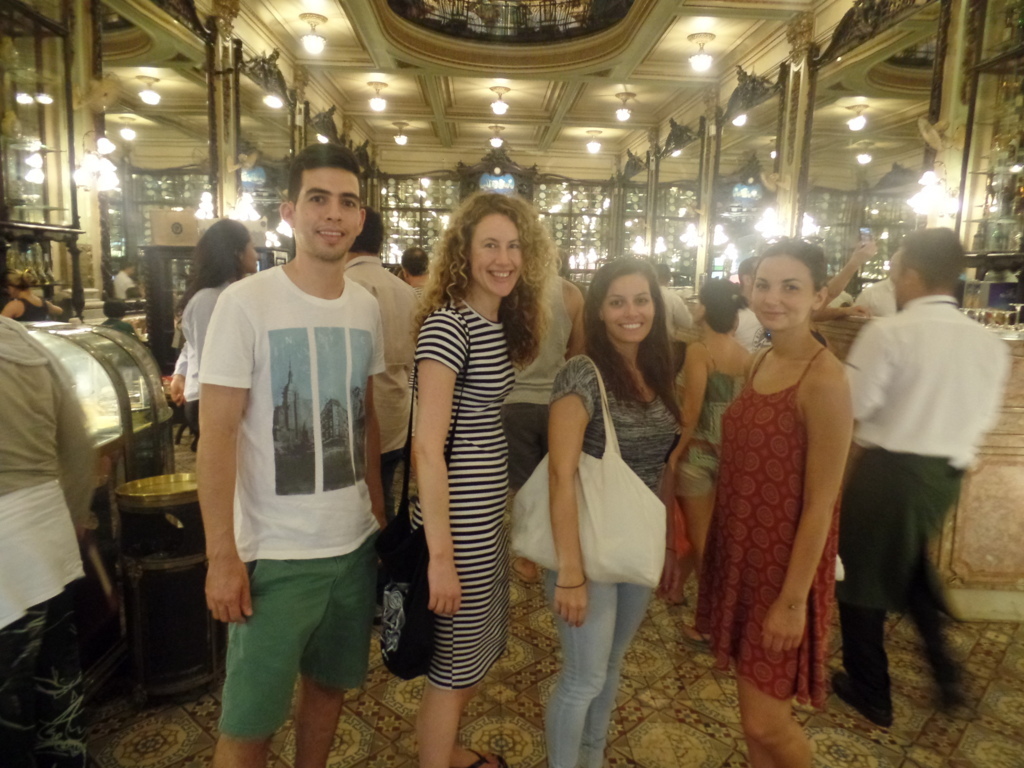 Click below to see some of our last RioLIVE! Activities at Confeitaria Colombo: