The buzzing nightlife of Lapa 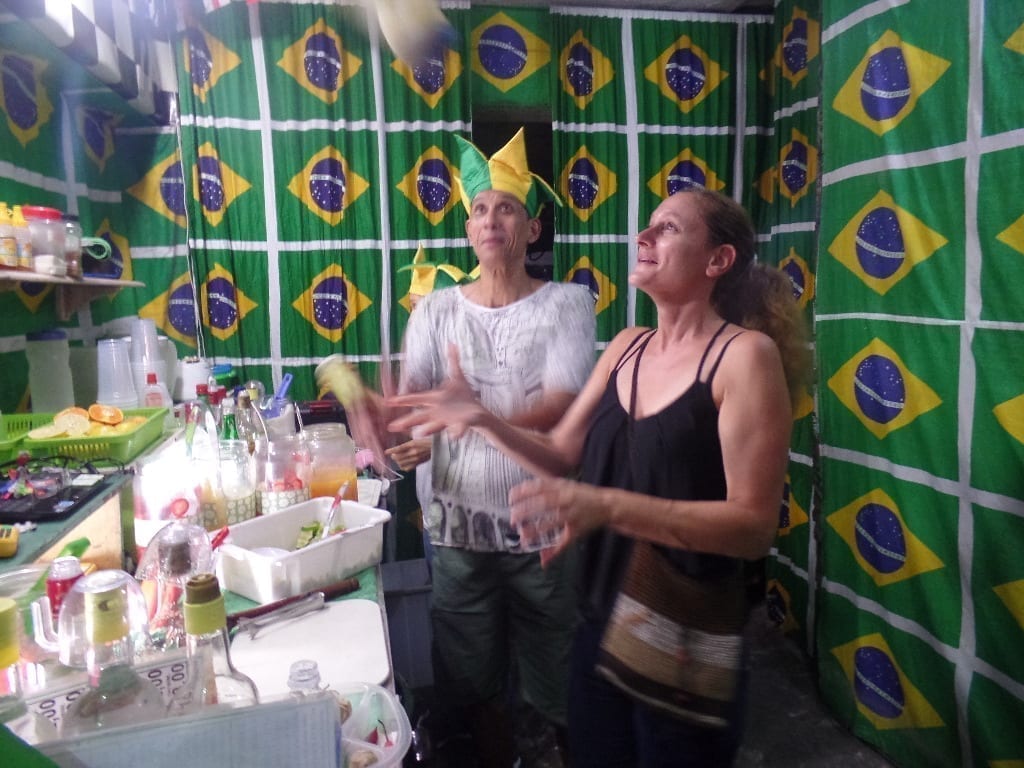 A great way to spend a Friday night in Rio is in the grungy, artsy, bar-filled Lapa neighborhood. Last Friday, we visited the Rei do Limao  for lessons in caipirinha-making, catchng the tail-end of a bloco do samba in the street. Then we crossed to the other side of the Arcos da Lapa to dance, share cervejas, and soak in the excitement and Lapa vibes until the early hours of the morning–all while putting our Portuguese language skills to good use!

The buzzing nightlife of Lapa is filled with lively bars, pumping nightclubs and street parties that go all night. That’s what we wanted to show to our students last Friday for our RioLIVE!. We took our beloved students to see how fun the nightlife there can be. It all started at Escadaria Selarón where students could see the famous decorated steps. As the night came, we took a walk through the streets of the neighborhood and even saw a fun roda de samba live. Last but not least, there was our caipirinha-making class. Our students learned how to make the country’s most famous drink. In the end, of course… we all had a real taste of Brazil with a touch of fun. The night was a blast! Come with us next time for RioLIVE! Lapa.