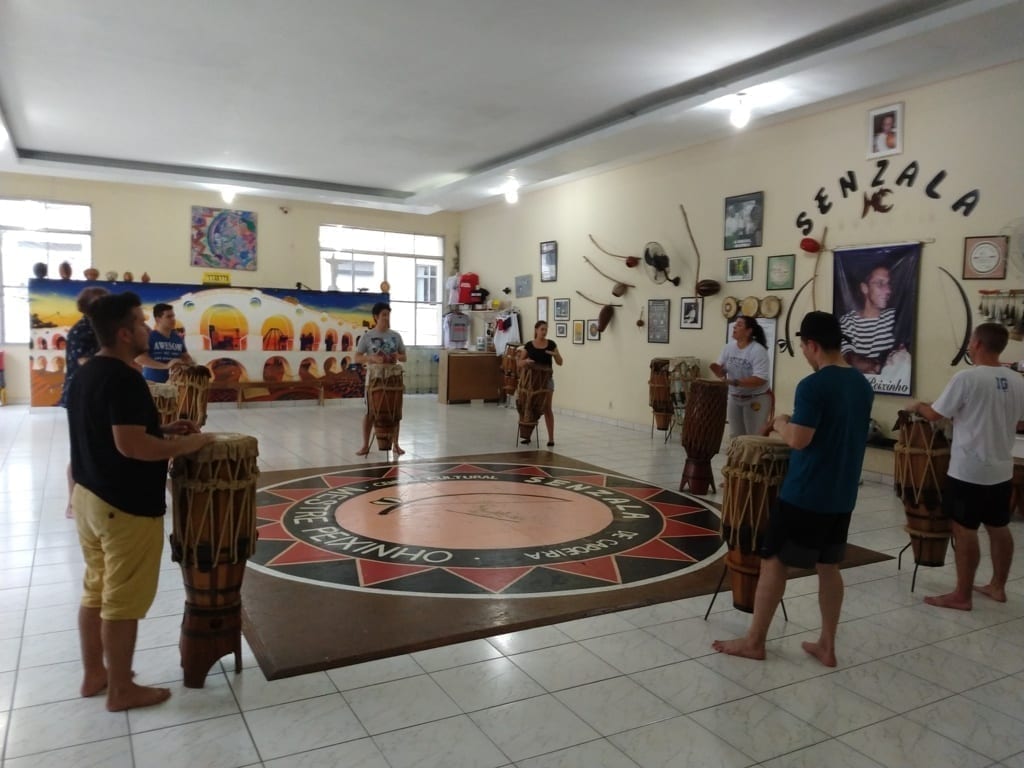 Have you ever felt The Capoeira Magic? Our Portuguese students have and loved it! We did a Capoeira class in this RioLIVE! Capoeira is a mix of martial art with dancing, along with the music, it’s possible to combine kicks and punches with the choreography. The class started in a smooth way, they did a warm up to prepare their bodies for it.

During the class they were learning movements, Capoeira’s history and also how to sing its songs, all of these in Portuguese, awesome, isn’t? See more on the video below:

A true cultural learning experience with the capoeira magic! At the end they were totally exhausted but happy and satisfied with this RioLIVE! Activity. See more pictures on our Facebook page:

Come to Rio & Learn and have this amazing experience too!