The future is now at Museu do Amanhã 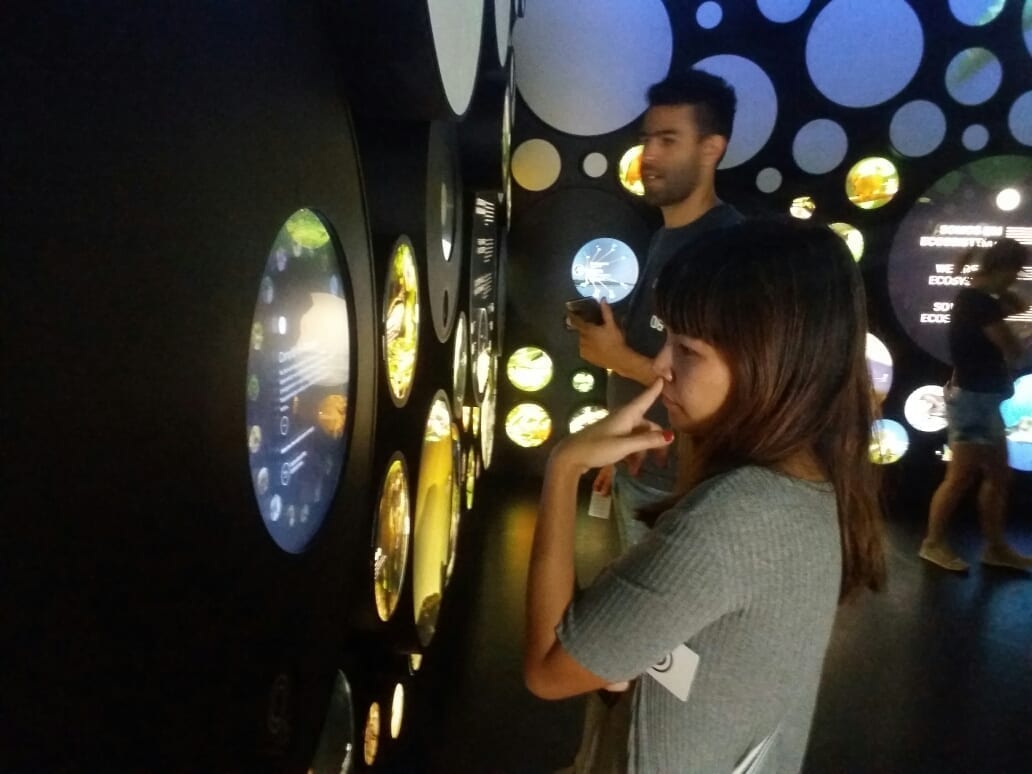 Derek led a group of students to a gorgeous museum on the waterfront of Pier Maua in Central Rio de Janeiro. It is the science museum called The Museum of Tomorrow. The first thing the group noticed was the stunning neofuturistic architecture designed by architect Calatrava of Spain. After the museum, we walked to the location of beautiful, colorful murals of women of different races. The rainbow colored murals seemed to celebrate our differences in a dignified manner. It was a great RioLive event!

The Olympic Games are finished but they left the city with a modern look and that’s what we wanted to see on RioLIVE! Porto Maravilha. Our tour started with a look around the Navy area before we get to the museum, That area was regenerated to house a new port district for tourist and locals too! After checking out the wonders inside the modern museum (that points diagonally into the sky like a spaceship), we walked around the new area called Porto Maravilha and saw the new mural displayed and painted by Eduardo Kobra. We think it’s beautiful. The future is now at Museu do Amanhã. Next time you won’t want to miss it, so come aboard.