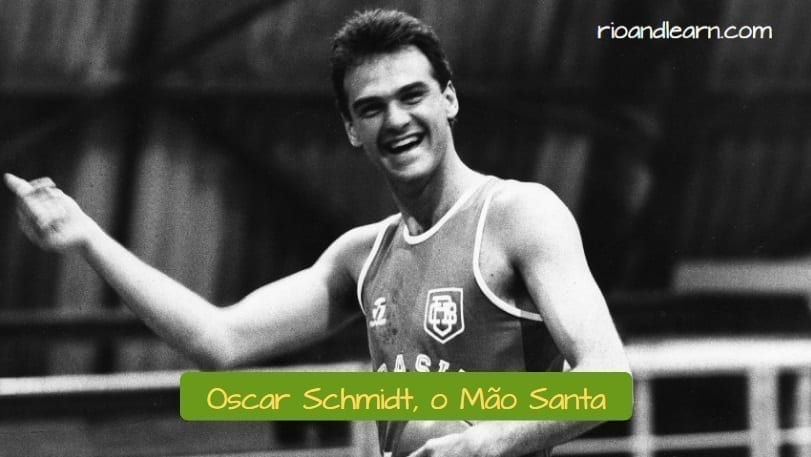 The Holy Hand of Brazil 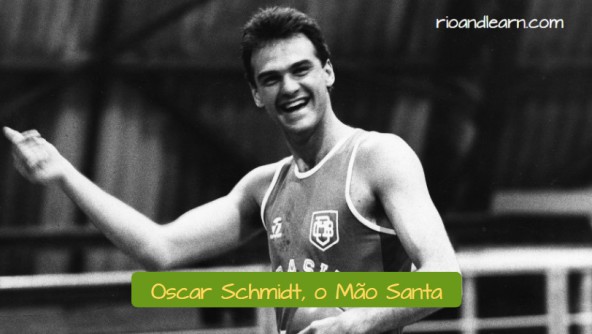 Hello everyone!
Our Video Dica today is about a great Brazilian recordist. Have you heard about Oscar Schmidt, the Holy Hand of Brazil?

His full name is Oscar Daniel Bezerra Schmidt and he is a retired basketball player in Brazil. He started his career playing for Palmeiras, a basketball team from São Paulo and passed through eight more teams, two of them being in Italy and one in Spain.
He is considered to be one of the best players of all times, and he was so good, that he is the greatest scorer in basketball’s history with the incredible number of 49.737 points. More points than any NBA player. When a basektball player scores many points in a game we call him Cestinha, and Oscar Schmidt is known as the biggest cestinha in the world, earning him the nickname Holy Hand of Brazil. In Portuguese, Mão Santa.
Kobe Bryant himself said he considered Oscar a childhood idol. He said he used to watch all his games when he was a kid, and that the Brazilian always beat his Dad, who was also a player.
Oscar never left a practice  without scoring twenty times in a row, and that dedication was mirrored in the games. He played 271 games without missing a single one on the Italian Championship.
He is the player with most amount of Olympic games played 5 in total, and guess what? He is also the player to have scored the most amount of points in an Olympic game, which was 55 points against Spain in 1988. Here in Brazil he played 326 games, scoring a total of 7.693 points, an average of 23 points per game and the game with the most amount of points was in the Paulista Championship, where he scored 74 points.
He refused to play for the NBA because back then he would not be able to play anymore for the Brazilain national team as NBA players just started to play in the Olympics in 1992. Oscar has a Bronze medal in his record from a World Championship, and a gold medal from the Pan-american games.
All that helped him enter the Hall of Fame on the 8th of September 2013.

On the top of all that, this warrior has been fighting cancer for the past 2 years when he was diagnosed. Always in good mood!

What about in your countries my friends? Who is the best Basketball player? Tell us!
And don’t forget to subscribe to our YouTube Channel!

See you next time!
Bye bye!