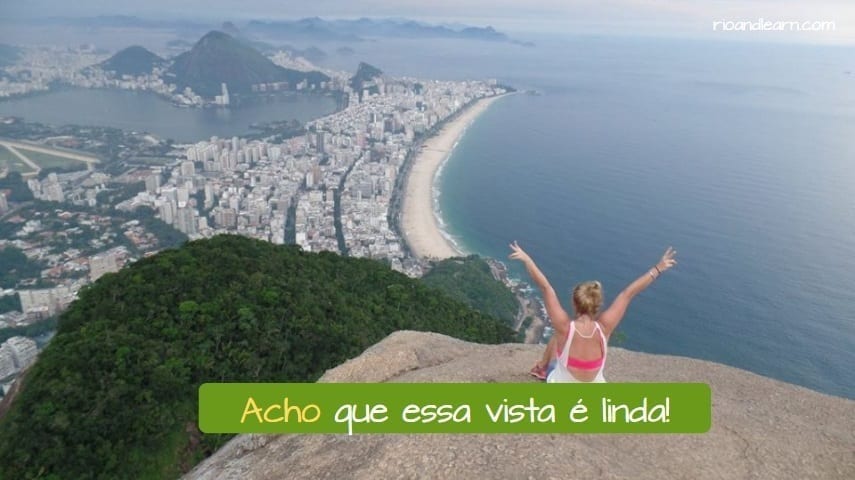 Hello everyone! Ready for another Dica? Today we’ll study two verbs that have so many similarities in Portuguese that they can be confused. But Rio & Learn is here to give you the solution! Let’s learn the difference between achar and pensar, the two verbs that we use to say to think in Portuguese, two verbs that are used a lot in Brazilian Portuguese.

To Think = Achar and Pensar

The verb to think in Portuguese can be said in two different ways that need to be very well understood because the correct use of them is necessary for us to have good communication in Portuguese. The difference between them is in the essence of the meanings, they are used in different situations and are very common. I promise it’s very easy, folks! And if you are you interested in learning more verbs in Portuguese come study Portuguese online with Rio & Learn.

First, let’s look at each verb individually, then you can compare both of them to understand the difference, ok?

Achar is a regular verb that refers to the idea of having an opinion about something or someone. It can also transmit an idea of being uncertain or making an assumption on the topic you’re talking about.
Let’s take a look at the conjugation of achar in the Present Tense in Portuguese. 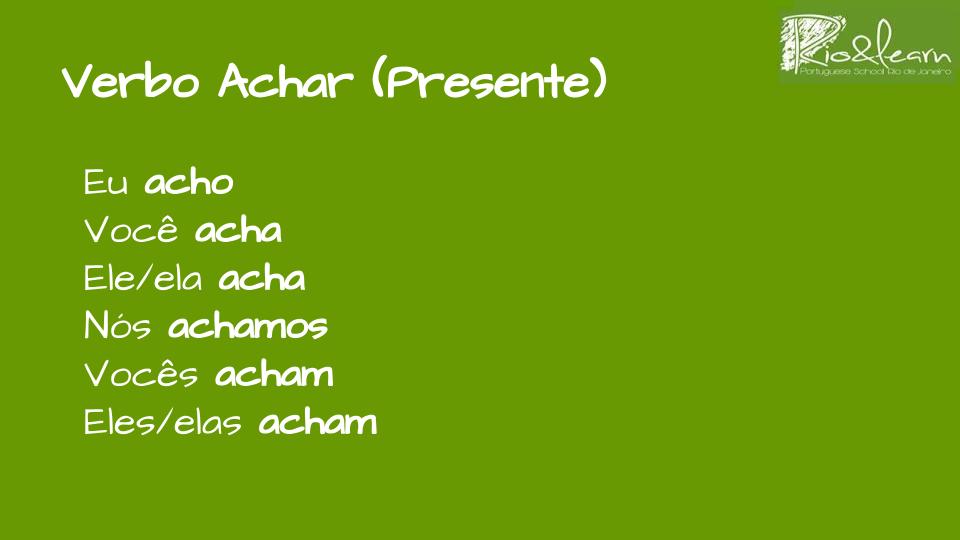 Examples with to Think in Portuguese as Achar

Eu acho que hoje vai dar praia.
I think we can go to the beach today.

Nós achamos que hoje ia fazer frio, mas está calor.
We thought today would be cold, but it is warm.

The regular verb Pensar means to racionalize or reflect about a subject in order to find an answer or understand in some way. We also use the verb pensar in situation such as when we want to solve a problem, or when we are making a plan to do something.

Now let’s see the conjugation of pensar in the Present Tense in Portuguese. 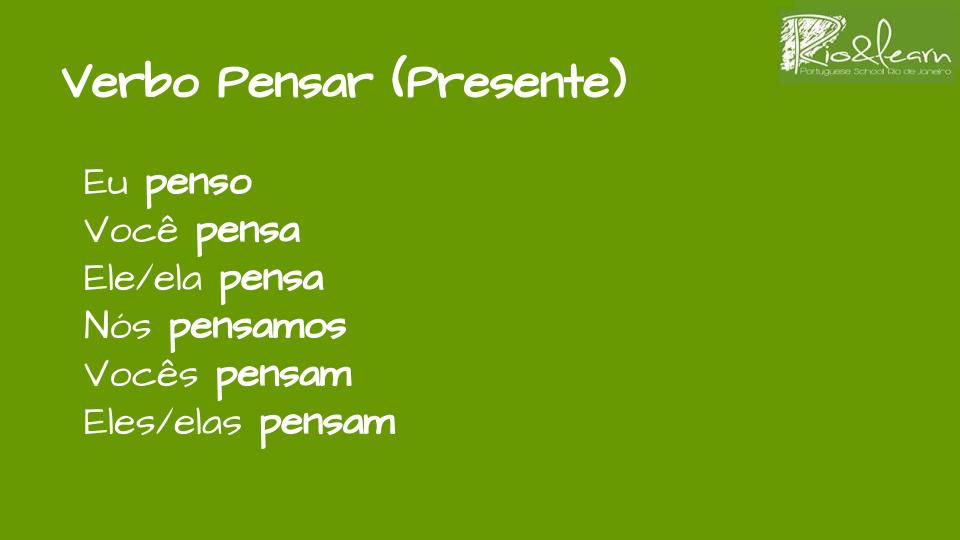 Examples with to think in Portuguese as Pensar

Eu estou pensando em viajar para a Europa no próximo ano.
I am thinking about traveling to Europe next year.

Nós pensamos a mesma coisa sobre você.
We think the same thing about you.

Did you guys understand the difference between the two forms of the verb to think in Portuguese? So, now we can practice. Answer the following questions:

Examples of to Think in Portuguese

Em que vocês estão pensando agora?
What are you thinking about right now?

We hope you do!
If you have any doubts concerning the last question, take a look at our Pinterest. We have an album with the best places in Rio de Janeiro.

How about testing your knowledge on the uses of to think in Portuguese? 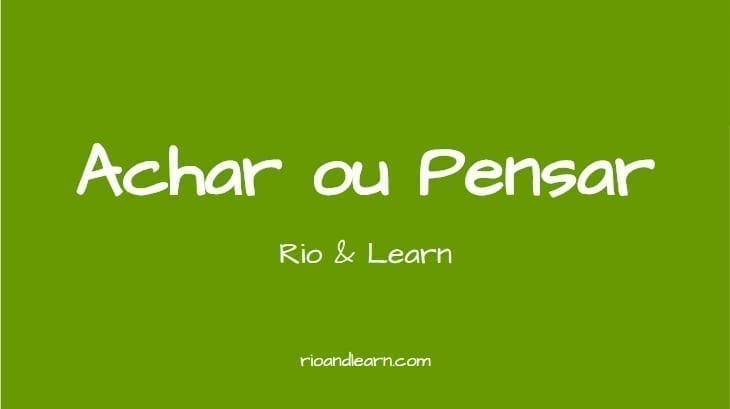 See you the next A Dica do Dia!
Big hugs from Rio & Learn!