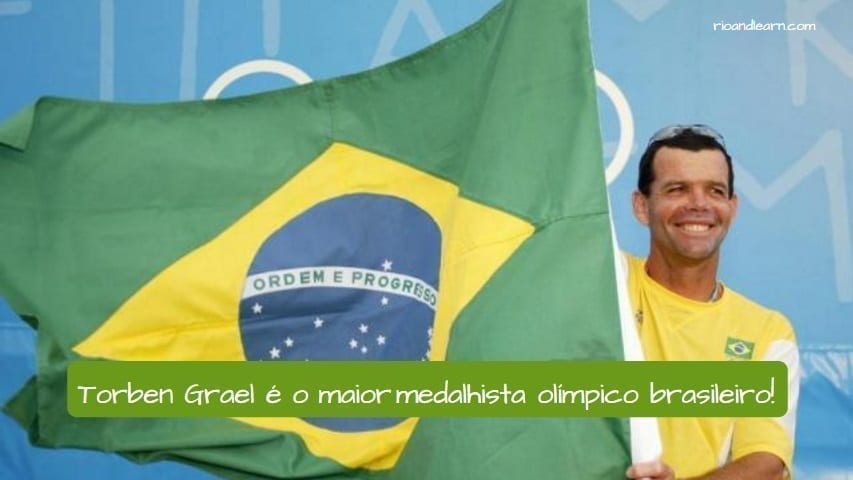 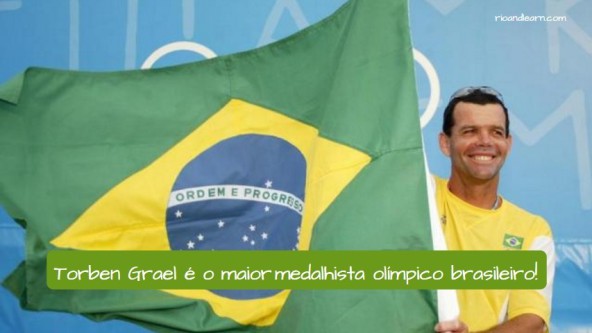 Water is capable of amazing things. You just have to be near it.

This quote belongs to Torben Grael, the greatest brazilian medalist. Today’s Dica will talk about Torben Grael Olympic medals and his history.

Born in São Paulo, Torben and his family moved to Rio de Janeiro, where he started sailing with his grandfather at Guanabara bay. Later, his friends came up with the nickname Turbina, a joke based on his name and because he was very fast with sailboats.

Sailing is in Grael family genes. Lars Grael, his brother, is also an olympic medalist. He’s got a bronze medal in Seul as well, but in a different category, and another one in Atlanta. But life is not a bed of roses. Lars was away from the sport for twelve years, after an accident in which he lost his leg. But as we know, brazilians never give up! Lars got back to sailing and was the champion at the Brazilian Championship.

Is it possible for this family to carry so many medals on their necks?

Plus all the medals, Grael family had an important role in the Summer Olympic Games in Rio. They were responsible for bringing the Olympic Torch from Niterói to the city of Rio de Janeiro through the Guanabara Bay. Take a look:

It’s not for everyone, right?
And it’s not the end. Torbin, along with other former athletes such as Oscar Schmidt, had the honor to carry the olympic flag at the opening ceremony in the Rio 2016 Games. So proud!

What about in your countries, friends? Who is the greatest medalist?
Don’t forget to subscribe to our YouTube Channel and we meet again on our next Video Dica.