Trying the best sweets and desserts 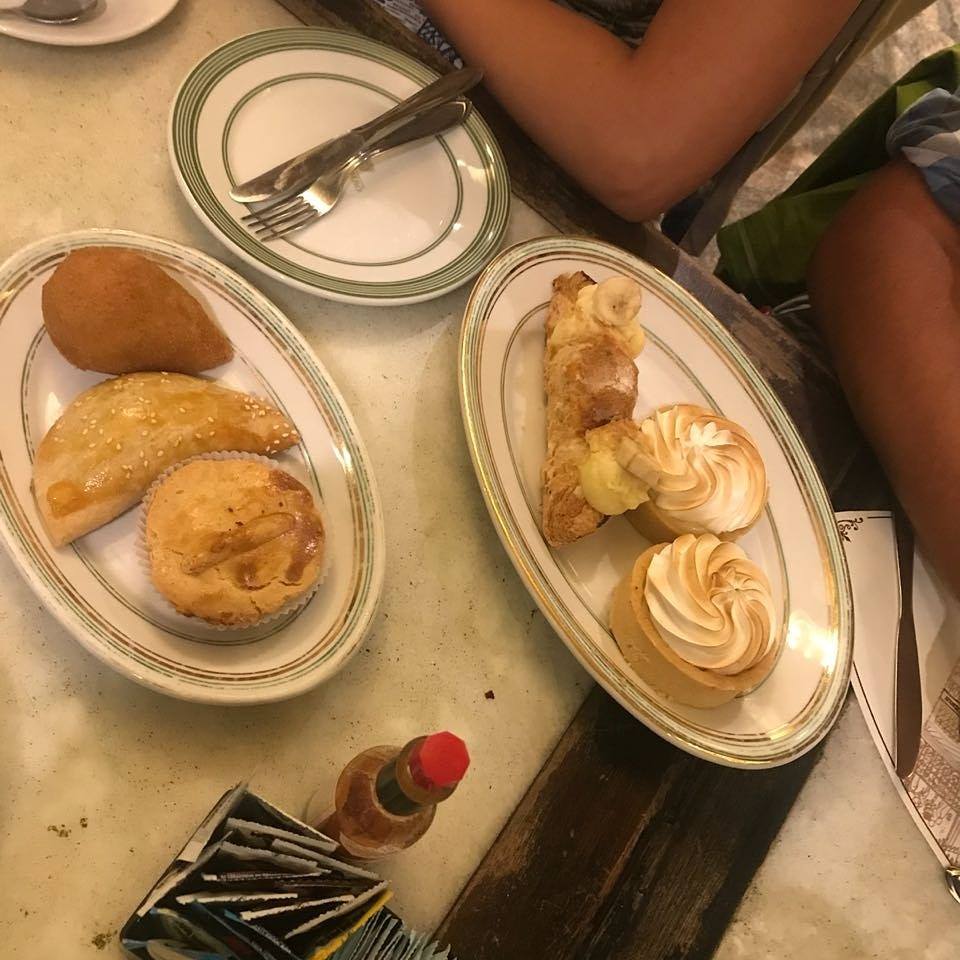 Columbo is worth the trip for the architecture alone! You will be spoiled for choice with the dessert selection. Definitely visit (recommend during off peak hours as it gets busy)

For a Brazilian, it’s almost impossible to say no for sugar. The funny thing is that we found out that our students also can’t say no to that. We spent the afternoon trying the best sweets and desserts at Confeitaria Colombo.

We ate something that we didn’t even know that existed: Açaí cheesecake. Is it going to far? Of course not! We loved it! And Danielle, one of our students tried a coxinha for the first time. Yummy!

Wanna know more about our afternoon? Check out our Facebook page!