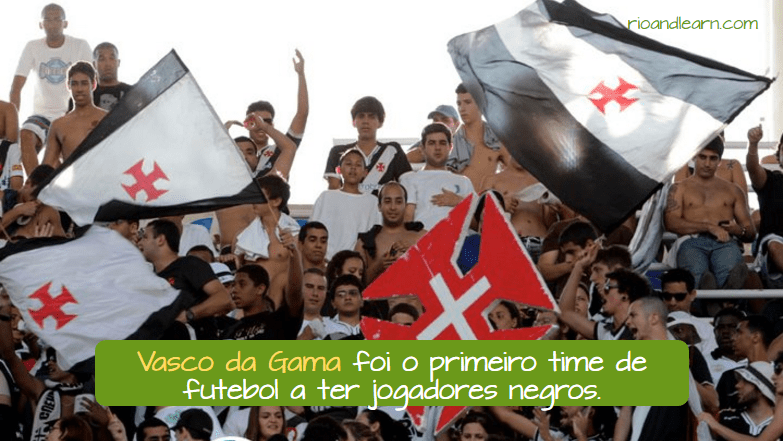 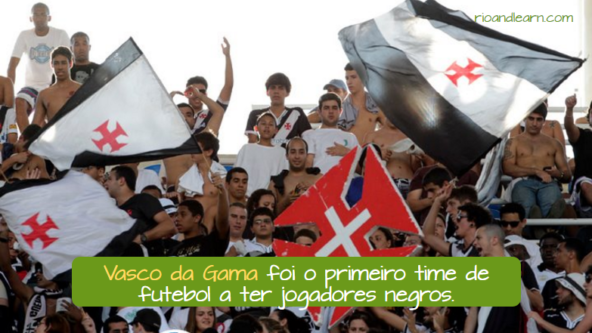 Hey there, beautiful people! Today we are talking about football.
We present to you the history of the Vasco da Gama Football Club. Have you ever heard about this team?

Vasco da Gama Football Club appeared for the first time on August 21st in 1898. Its name was created in honor of the Portuguese explorer Vasco da Gama. The club started a multisports institution and until today it’s one of the most famous in Rio de Janeiro. Its popular sport at that time was rowing but, as time went by, the professional football department was created in 1915.

Vasco and the fight against racism

Vasco da Gama has an important role in the social fights against racism because it was the first club in Brazil to accept black players and people from poor backgrounds in its cast such as nordestinos who migrated to Rio de Janeiro and mulatos who lived in the outskirts of the city. This club became nationally known as Os Camisas Negras (The Black Shirts).

Because of this, not standing the defeats for a team composed mostly of blacks and workers, the most famous elite clubs of Rio de Janeiro like Fluminense, Flamengo and Botafogo, tried to prevent Vasco from playing the Campeonato de Carioca de Futebol claiming that the club did not have a field to play and some players, mostly blacks, had dubious professions, implying that they were thieves or dealers. Vasco did not accept this claim and decided to build a stadium on its own with resources from the crowd. In 1927, the São Januário Stadium was built and was considered the largest stadium in Brazil at that time.

Given the popularity and the high infrastructure that the club had, the return of Vasco da Gama to the center of football in Rio de Janeiro and in Brazil was inevitable in the years that followed. The club became known for its great regional titles, national titles and even international titles. Take a look at the most important ones: 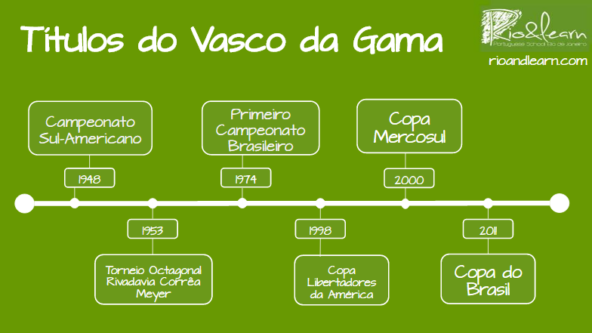 The history of Vasco da Gama Football Club is very nice, isn’t it? Do you know any club that has had the same courage as Vasco to face everyone?