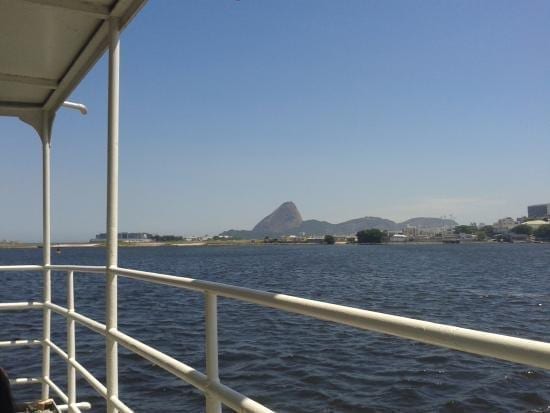 What’s up, guys!
In our Dica today, we are going to learn about how to travel for cheap in Brazil.

In Brazil, we have domestic airports in both major and minor cities, with lots of options to fly around Brazil.

In Rio we have two airports. The first is Galeão international airport (GIG), which has both international and national flights. However, if you take a flight at Santos Dumont (SDU), you may have more destinations to choose, including small cities around Brazil.

In São Paulo, for example, you can take domestic flights from Congonhas Airport. Bahia has 11 domestic airports.

There is a website called viajenet  that is a good source to compare travel prices. It also has options to include other services like renting a car or getting a hotel.

Connecting between domestic airports can be up to 60% cheaper than going internationally.

By traveling via bus, you can save some real cash. A flight to São Paulo costs four times the price of the bus from Rio, for example. However, it takes triple the time to get there. So, you have to make a decision about whether you want to save money or to travel really fast.

Some amazing cities in Brazil can only be reached by car or intermunicipal buses, especially those in the north or northeast regions, like Pipa or Gramado.

In Rio, we have The Região dos lagos which has fantastic destinations like Buzios, Arraial do Cabo and Cabo Frio. All of these locations are not reachable by airplane, so is good to have a bus system that will help you move around Rio.

Before you decide on buying a bus ticket for a Brazilian bus, you have to know the types of tickets that are available.

There are different types of seats on a travel bus. The first one is conventional, which is a regular bus seat without any extra comfort.  It’s the cheapest, of course. There’s also the semi-leito that has a reclining chair, WiFi, a courtesy snack and a blanket so that you can have an awesome nap. Executivo is a reclining chair without a pillow, blanket or snack. Leito Cama is the best one for you to sleep for hours. You have a lot of comfort and get spoiled, but it’s more expensive.

You can check prices on clickbus.com beforehand, but we strongly recommend that you visit the bus stations in Brazilian cities. You can find some last-minute seats which are very cheap. Cheap travel in Brazil depends on both luck and research.

It’s always nice to prepare for your arrival by getting an Uber or a Taxi, so that you don’t have to worry about that after a long trip.

Some cities in Brazil, such as Rio, also have a Ferry Boat. There, you can take the ferry boats and get a delightful view of Guanabara Bay. Start by walking around the city center and historic Praça XV, then catch the ferry by going to Arariboia Terminal in Niterói. Or you can visit other places such as Paquetá island.

There are some places reachable by train in Brazil, but it’s still undeveloped comparing to many other countries. A traditional train trip is between the states of Maranhão and Pará using the mythical Estrada de Ferro Carajás. In Rio, there aren’t many touristic sites to visit by train despite the recent investments. Thousands of workers travel everyday in Rio de Janeiro and São Paulo’s trains which sometimes have informal commerce and street artists.

OK, guys!
Now, we know about other options for cheap travel in Brazil besides using the plane. Are you ready to travel??