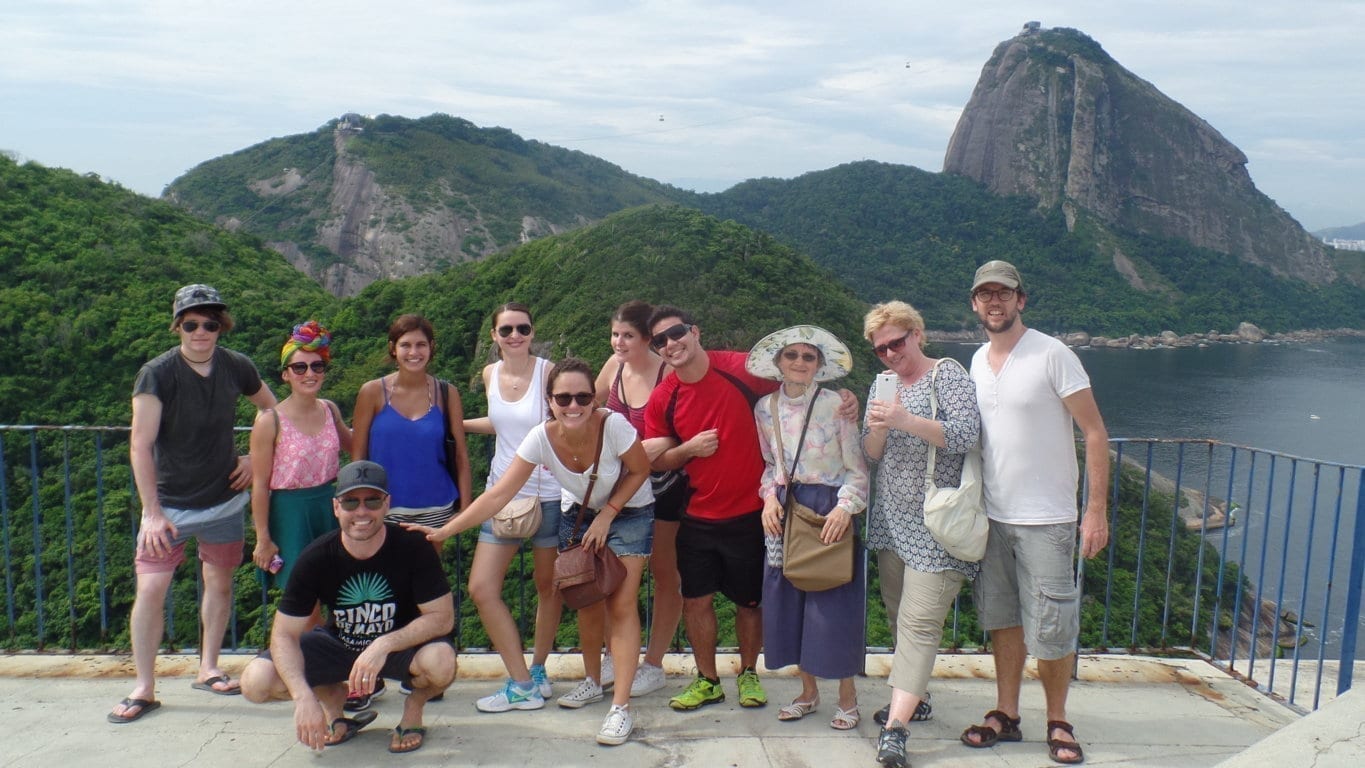 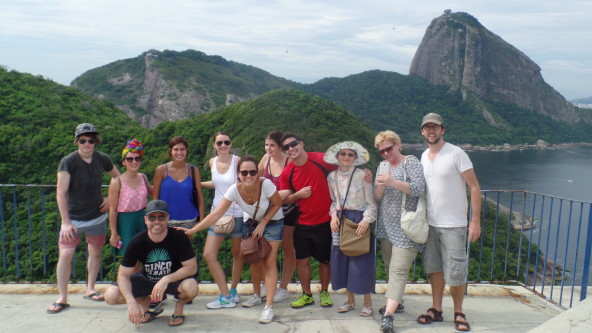 Beautiful view at Forte do Leme. 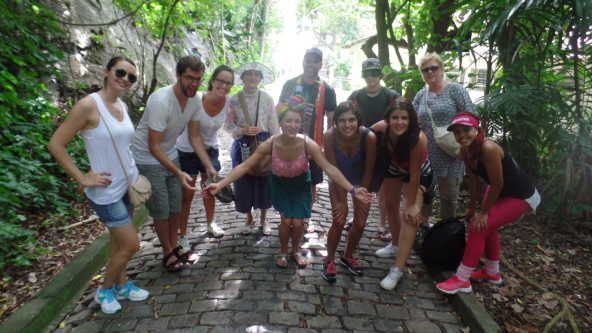 Last Wednesday our Portuguese students spend the afternoon at Forte do Leme, a very historical place that has one of the most beautiful views of Rio de Janeiro. We started our RioLIVE! in a fast ecological walk through the area of enviromental and students were enchanted with the unusual meeting we had, while we were going up a group of “micos” (species of small monkey) came toward us searching for food. Our students had a lot of fun and enjoyed the moment taking pictures of the monkeys.
When we got to the top, students asked lots of questions about the history of Forte do Leme, this was a marvelous moment to practice Portuguese. It was a perfect day to take pictures. From the top of Forte do Leme it’s possible to see Pedra da Gávea, Morro dois Irmãos, Forte de Copacabana, Copacabana beach and Leme beach, Pão de Açúcar, Cristo Redentor and the city of Niterói. Students could visit Forte do Leme and learn a little about the history of Rio de Janeiro at the same time.
Com have some fun with Rio & Learn, participating on our RioLIVE! activities. 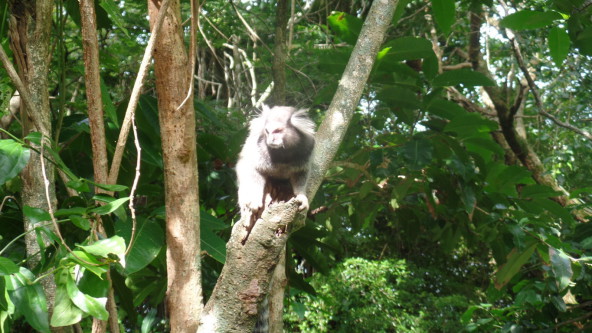 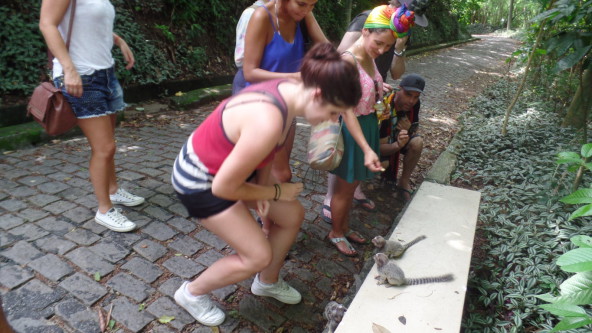 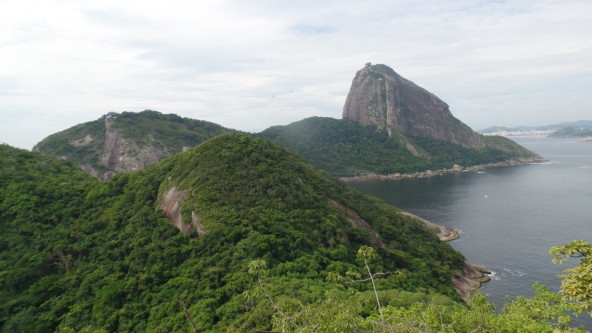 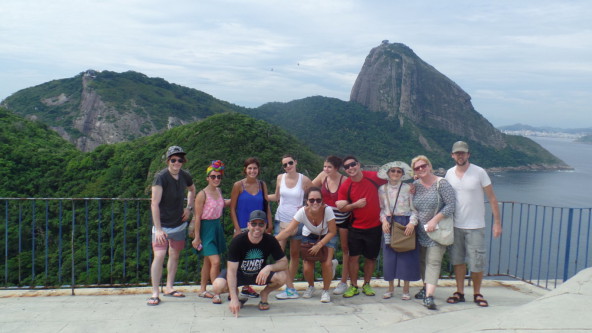 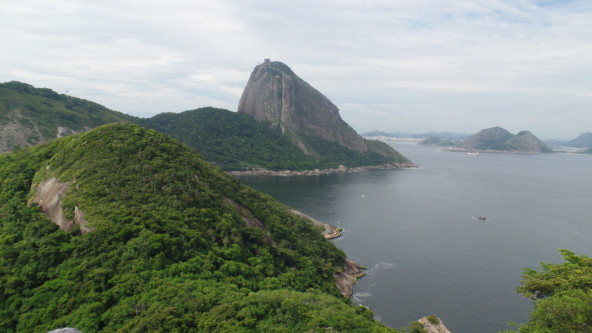 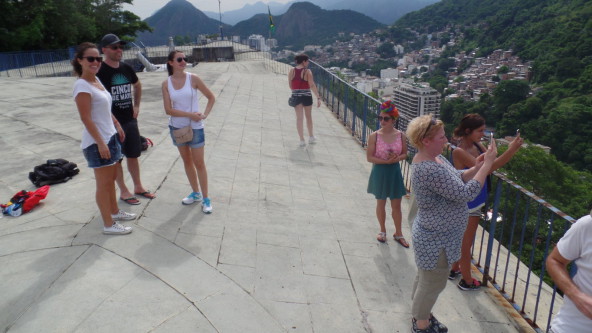 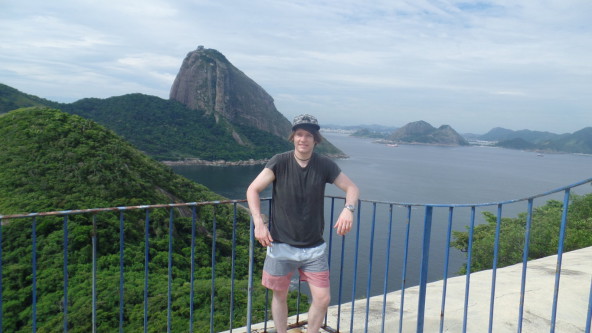 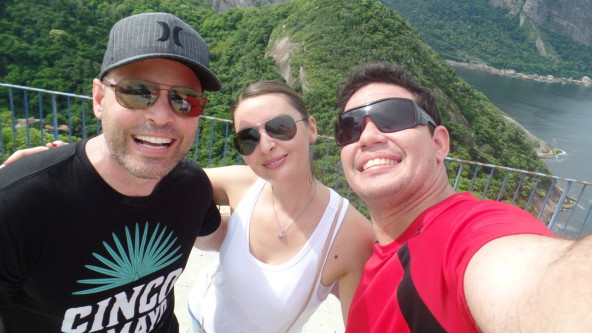 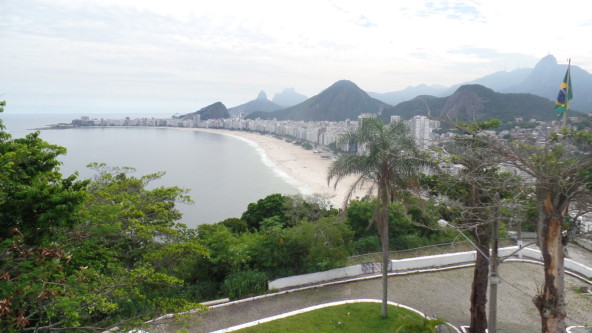 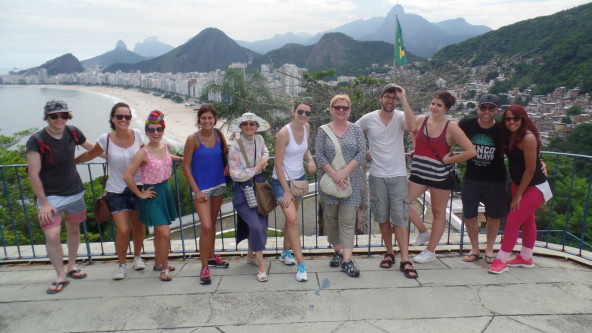 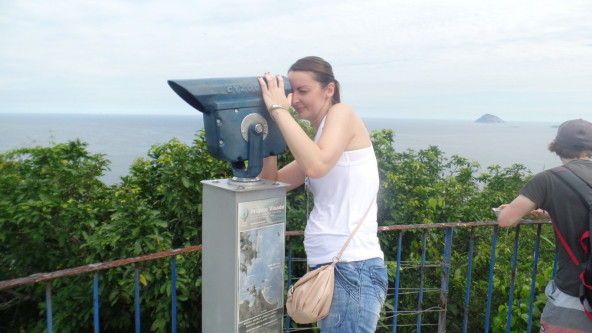 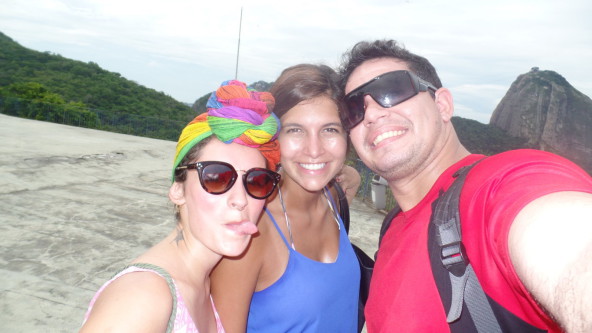 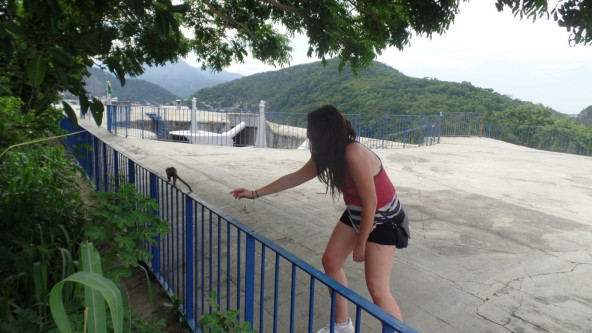