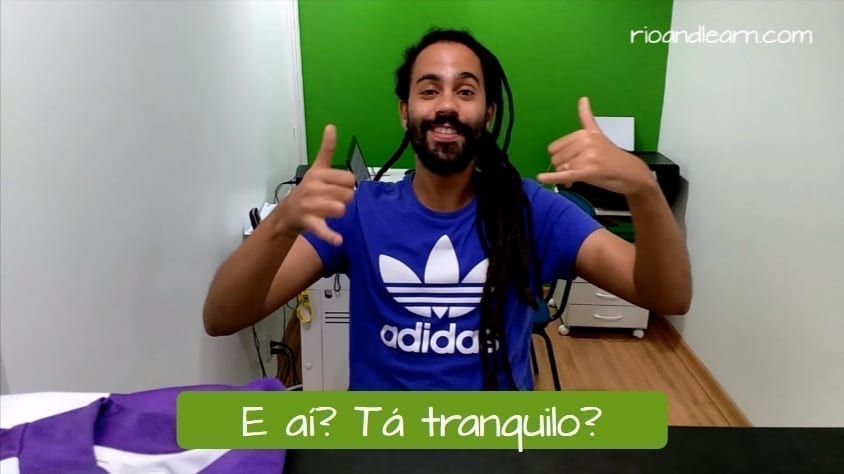 Hi there! Let’s learn an expression very popular in Brazilian Portuguese!
What does tá tranquilo tá favorável mean? Very easy! Check it out!

The sign is also known as the Hang Loose sign, an English expression a lot used by surfers. There is a legend that says that this sign was created by the king of Hawaii. The king was out to surf and a shark ate three of his fingers, leaving him the thumb and the little finger. Even after the tragedy, the king still used that hand to greet other surfers.

So, now you know one more expression and you can practice during your day. Remember, do the sign!

If you want to learn other expressions take a look at our playlist of Portuguese expressions on our YouTube Channel. We’ll meet you there!

A big hug from Rio & Learn to all of you!