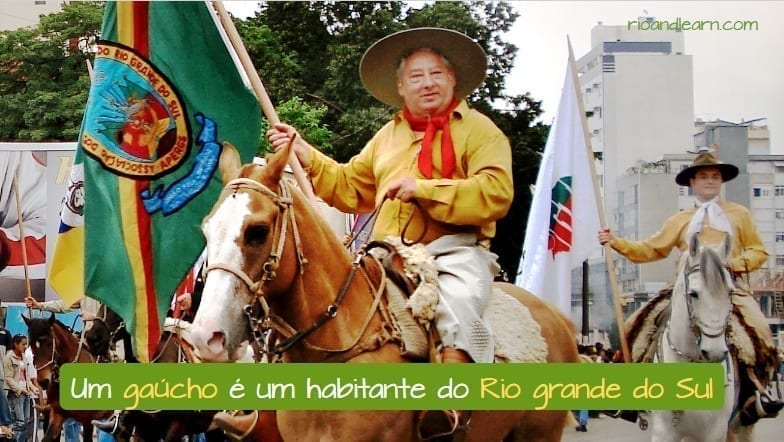 Hey my friends! Do you know what is a Gaúcho in Portuguese? Let’s learn about it now.

What is a Gaúcho

The word Gaúcho is used in Argentina, Uruguay and here in Brazil, but for us Brazilians, Gaúcho has a different meaning from other countries. In Argentina and Uruguay a gaucho is a person of the countryside usually linked to activities with animals on farms.

However, here in Brazil, a gaúcho is a resident of Rio Grande do Sul, a Brazilian state, and it does not matter if he lives in the country or in the city. The word gaúcho was a political term used to represent Brazilian soldiers who participated in the Guerra dos Farrapos (Ragamuffin War) from 1835 to 1845. At the end of the war, with the victory of the gaúchos, the residents who lived in the region adopted the name for themselves.

The two greatest characteristics of a gaúcho are his way of speaking and his cooking. The gaúchos have a unique accent, with a strong influence of the neighboring countries that speak Spanish, mainly in the sounds of the R and in the sound of the final L. They also often use the word Tchê to refer to a friend.

And speaking of cooking, the best barbecue in Brazil is made in Rio Grande do Sul. The more traditional gaúchos usually dig a ditch in the ground, fill the trench with charcoal and skewers with huge pieces of meat to roast over it. Have you seen anything like it? 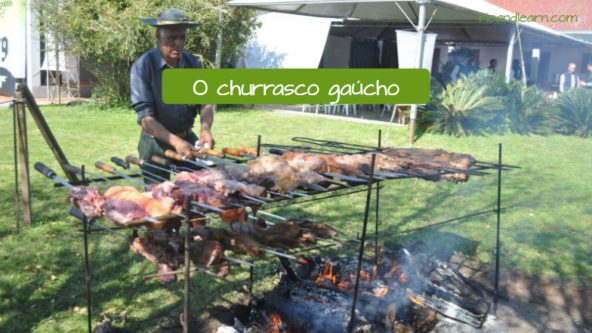 Have you ever met a gaúcho? Have you visited Rio Grande do Sul? If you visit, do not forget to tell us how it was!

A kiss from Rio & Learn for you!
See you later!