Who is Paulo Coelho 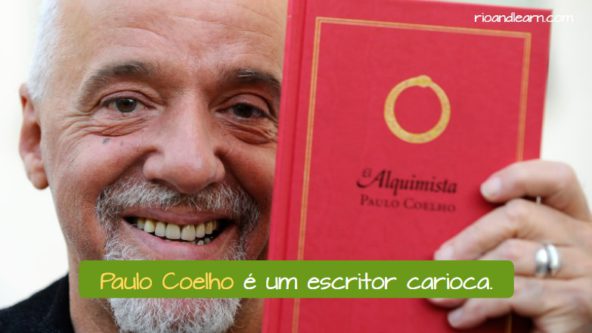 Hi, people! How are you?
Today we are going to talk about one of the most important person in Brazilian literature. Do you know who is Paulo Coelho?

Paulo Coelho is one of the most read and dear authors that Brazil has ever known. His works talk about mystical topics, police investigations, self-help, romances and fiction stories. Paulo has his books produced in more than 160 countries and translated into 73 languages.

He was born in Rio de Janeiro, on August 24th, 1947. Ever since he was a kid, he enjoyed writing and he had a small diary with notes about his own life. As time went by, Paulo became a troublesome teenager. Because of arguments between his parents he suffered from bouts of depression and anger and he was hospitalized three times in a nursing home.

Paulo overcame his adversities and decided to make several trips around the world. He walked the path of Caminho de Santiago for three months and that inspired him to write O Diário de um Mago, one of the greatest successes in his career. And later, his most remarkable experience, O Alquimista, became the best-selling book of all time in Brazil, exceeding more than 80 million copies.

Let’s check if you know any of his books. Take a look at our list with Paulo Coelho’s works:

Tell your heart that the fear of suffering is worse than the suffering itself. And that no heart has ever suffered when it goes in search of its dreams.

Have you ever read a Paulo Coelho’s book?
What kind of books do you like to read? If you need tips, take a look at our Pinterest album of Books Worth Reading. It’s a great way to practice Portuguese.

See you on our next Dica!
A tight hug from Rio & Learn!