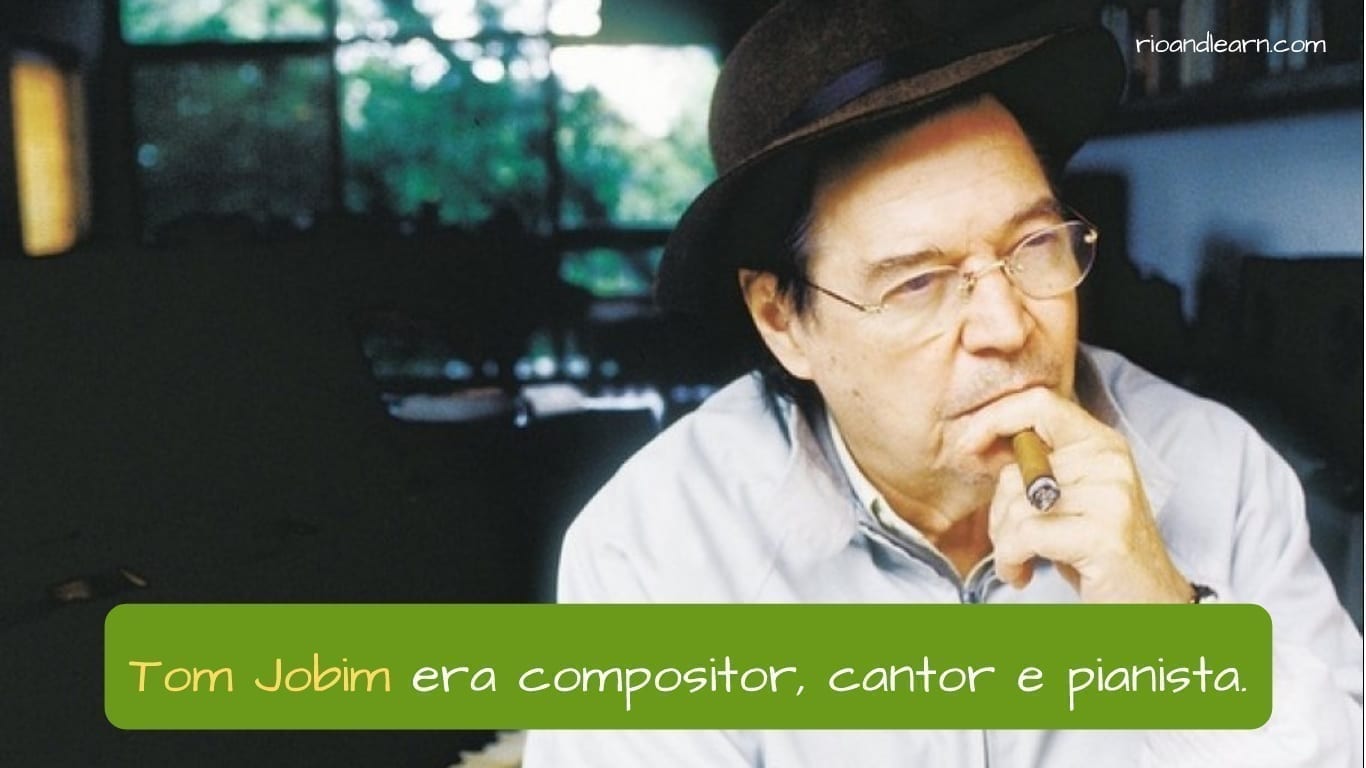 Hello, fellows, Do you know who is Tom Jobim? Come learn more about him with us on today’s Dica.

Who is Tom Jobim

Antonio Carlos Brasileiro de Almeida Jobim was born on January 25th, 1927.
Tom Jobim, as he was known, besides being a musician, he was also an arranger, pianist and singer.

Jobim was the artist responsible for the internationalisation of Bossa Nova, a musical style with influences from north American jazz and samba, that appeared on the second half of the 50s, in Rio de Janeiro

Our artist was considered one of the greatest composers in 20th century. More than that, Tom Jobim was also the kick start behind the creation of bossa nova style and his songs were (and still are) performed by many national and international singers and musicians.

The girl from Ipanema

In the 60s, the first album was released, Getz/Gilberto, embracing the meeting of jazz and bossa nova, with the Brazilian violinist, João Gilberto and the north Amerinca saxophonist Stan Getz, and it had as speacial guests Tom Jobim playing the piano and Astrud Gilberto on vocal of some of the album tracks. The album was the first album of jazz to win the Grammy as album of the year.

Tom Jobim became even more famous after joining the essayist, composer, poet and diplomat, Vinícius de Moraes to write the song for the play Orfeu da Conceição, in 1956. The most popular song was Se todos fossem iguais a você.

We can’t forget to talk about the masterpiece of great importance to the carrier of our beloved Tom, the song Garota de Ipanema, the famous song that was sung more than 240 times by other artists.

A great idol is gone!

Tom Jobim left us in 1994, after finishing his album Antônio Brasileiro.

There are no doubts left that his legacy is that he was one of the most important composers in the 20th century. Many of his songs are of great importance for the world of jazz until today. Singers such as Ella Fitzgerald and Frank Sinatra highlighted Tom Jobim’s songs in their albums. In Brazil, singers who also stood out in Tom Jobim’s songs were: Vinícius de Moraes, João Gilberto (who was may times considered the co-author of Bossa Novas), Chico Buarque, Elis Regina, Sérgio Mendes, among others.

It’s possible to visit his statue that is at Arpoador beach.

Guys, we have just learn a bit more about who is Tom Jobim, his life and his work, one of the most influent Brazilian musicians of one of the most beloved styles that is Bossa Nova.

See you next time, guys!
Bye!